Cancer Can Be Beaten 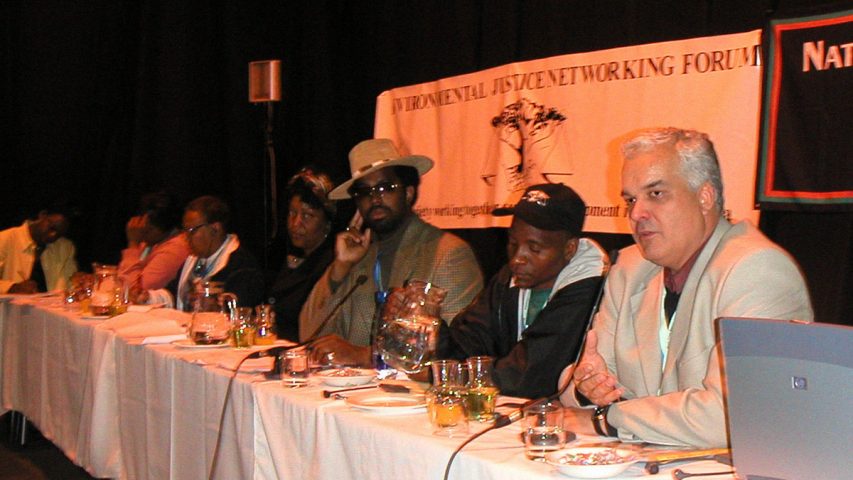 Open letter by Matthias Rath, M.D.
To the heads of state at the World Summit in Johannesburg 2002
To the people of South Africa and the world

SOLUTIONS FOR MILLIONS OF PEOPLE
Until today cancer was considered a death verdict and every year millions of people die from this disease worldwide. In the meantime, Aids has become the greatest health threat to the people of Africa and beyond. Today, every second family in Johannesburg and many other communities falls victim to this epidemic. While the magnitude of these health problems are known – the fact that a natural solution is available today to control these epidemics and to save millions of lives remains unknown.

Dr. Matthias Rath is the physician and scientist who led the breakthrough in the natural control of cancer and other common diseases. Two-time Nobel Laureate Dr. Linus Pauling considered Dr. Rath as his successor and stated: “Dr. Rath’s discoveries rank among the most important discoveries in medicine.”

THE WORLD NEEDS TO KNOW
As the physician and scientist who led the breakthrough in the natural control of cancer and other diseases, I consider it my responsibility to inform the people of the world as well as their political representatives about these advances. The world leaders gather at the World Summit in Johannesburg this week to find solutions for the burning issues of our time. The control of epidemics like cancer and AIDS should be a priority on the agenda. In the name of the people of Johannesburg, the entire African continent and on behalf of the people of your own country, I call upon you, the world leaders, to familiarize yourself with the following facts. After Johannesburg, you can no longer say that you did not know.

We can win the fight against cancer and AIDS

1. All cancer cells and all viruses – including HIV – spread with the very same disease mechanism. Cancer cells and virus-infected cells produce large amounts of enzymes that are able to attack and destroy the surrounding connective tissue in the body like ‘biological scissors’.

2. Since both diseases spread in the same way, they can both be stopped by understanding how to block this biological invasion. The natural amino acid lysine, especially in combination with ascorbic acid (vitamin C) is able to neutralize these enzymes and to significantly reduce or entirely block the spread of cancer and AIDS.

3. Almost every person on earth suffers from a deficiency in these key nutrients – lysine and vitamin C – because our body is unable to produce neither one of these nutrients. Education about this basic health fact is the first step to control these epidemics.

The available scientific and clinical evidence leaves no doubt that the preventive and therapeutic use of these essential nutrients and the implementation of this knowledge into public health policies will significantly reduce the death rate from cancer and Aids. During my lecture I will present these scientific facts in detail. Further documentation is available on this website and other Internet health sites.

Dr. Pauling shortly before his death in 1994 with Dr. Rath Dr. Rath founded the Dr.Rath Health Founation to help disseminate natural health information and the benefits of natural therapies. The Foundation coordinates education programs and advices on public health strategies. On the occasion of the World Summit Dr. Rath shares this medical breakthroughs with the people of Johannesburg – representing the people of the world.

The medical advance in the natural control of cancer was presented in a full-page announcement in the world’s largest newspaper USA Today, on March 8, 2002. The medical community immediately understood the impact of this discovery. Within weeks after this announcement the following remarkable events occurred: the American Medical Association issued a recommendation urging daily use of vitamins for all Americans to improve their health, the Royal Chamber of Physicians in Great Britain launched a campaign on nutritional medicine and the World Health Organization started a world-wide campaign to fight cancer. In a letter to WHO secretary Brundtland, I urged her to call for a global conference specifically dedicated to natural health programs.

To protect their multi-billion dollar global drug market, the pharmaceutical industry fights effective natural and non-patentable health solutions. For decades they prevented you from knowing that your body can not produce lysine and vitamin C, key nutrients for disease prevention.

THE TIME TO ACT IS NOW

As a Head of State, as a political representative of your people I urge you to:

Stop all plans of the pharmaceutical lobby to outlaw the dissemination of natural health therapies at the UN-”Codex” Conference and elsewhere!
Implement research, education and public health programs at all levels in order to help control the cancer and AIDS epidemic by natural means!

Inform yourself about the details of these medical advances. I invite you to attend my lecture, read the books on this breakthrough or get this information from the internet!
Talk or write to your political representatives and urge them to take action!
With millions of lives, no time should be lost!