Constitution for a Healthy and Peaceful World

President Bush, Don’t Nuke Iran Or North Korea To Cover Up The Lies About The Iraq War! 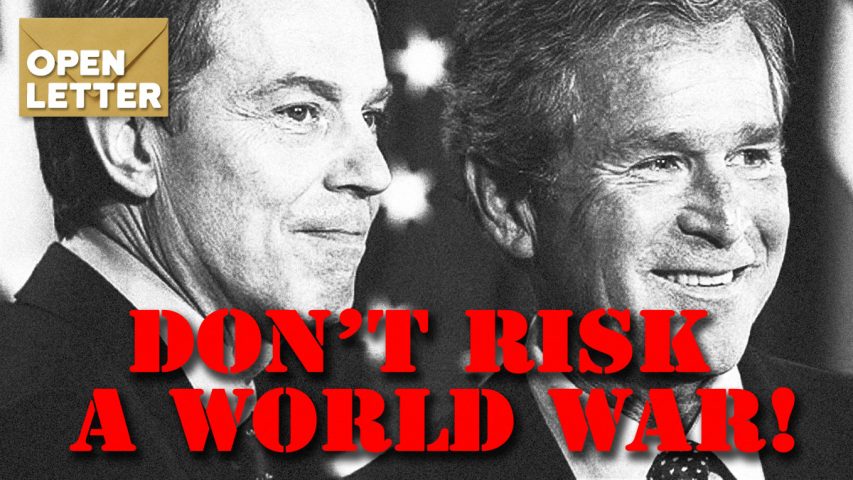 You cannot win such a war, because the world is watching you.

As the physician and scientist who has significantly contributed to the eradication of cardiovascular disease and cancer by natural, non-patentable therapies, Dr. Rath has repeatedly stated that the largest corporate benefactor of the current international crisis is the pharmaceutical industry. The multitrillion-dollar pharmaceutical investment industry has been unmasked as a deceptive business that promises ‘health’ but is driven by the continuation and expansion of diseases.

The survival of this global industry now depends upon industry protection laws, implemented worldwide. These cannot be accomplished during peace time, but only during an inter-national crisis or a world war.

The people of the world are concerned about the international crisis that continues after the war with Iraq and the possibility of its escalation into a world war. In addition, now we learn that George Bush and Tony Blair may have deceived the people of America, Great Britain and the world about weapons of mass destruction allegedly being the main reason to attack Iraq.

Now the British Parliament and US Congress are demanding an official independent investigation to establish the facts. In addition, high-ranking politicians and members of their own administrations are publicly raising doubts and even making accusations.

If the Bush and Blair administrations did not lie to the public, they have nothing to fear. However, if they in fact lied and manipulated the evidence – even in front of the United Nations – they will face impeachment and other legal consequences.

Watergate and similar historic situations teach us, that, in this situation – far from allowing an independent Congressional investigation – politicians are very tempted to immediately and at all costs stop any further investigation into this matter.

There is only one event that would accomplish all these goals: The detonation of a nuclear bomb or another weapon of mass destruction somewhere in the world.

The people of the world ask pressing questions at this critical moment in history, when the entire credibility of the Bush and Blair administration – as well as their corporate supporters – are at stake:

Before, during and after the Iraq war I raised my voice repeatedly in the New York Times and other international newspapers to unmask the corporate agenda behind this war. My warnings have been confirmed.

On behalf of the people of the world I call upon President Bush and Prime Minister Blair – whatever they have done – not to trigger the unthinkable and risk a world war.

If the goals described above are true you must realize that you can no longer achieve them because the world is watching.