SAY “NO” to Nuking Iran or North Korea to Cover Up the Lies About September 11 and the Iraq War!

Stop the Lies – Discover the Truth! 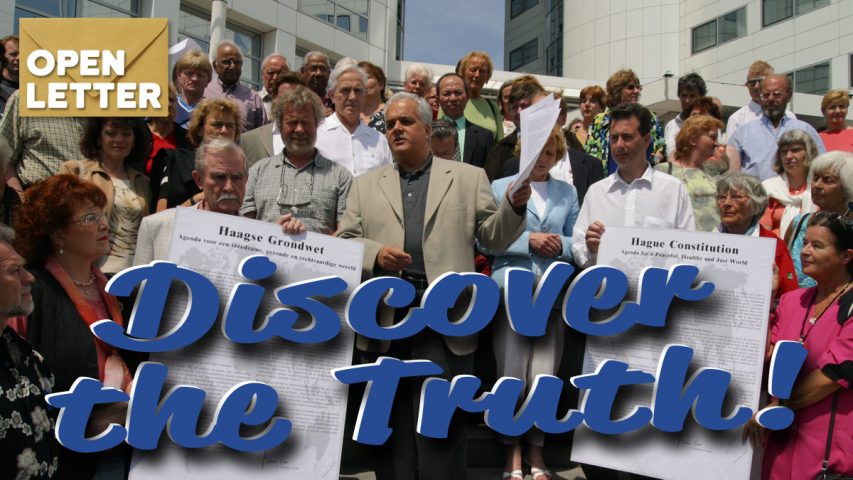 Do You Think President Bush Lied to You About Iraq?

Do You Want an Independent Investigation Into This War?

Do You Want to Know Who Benefits from These Lies ?

LOOK WHAT WE DID FOR YOU

On June 15, 2003, representatives from 5 continents unanimously voted in support of a complaint filed at the International Court (ICC) in the Hague. This complaint demands an official investigation into the lies about the war against Iraq and the pharmceutical / petrochemical corporations as the largest benefactors of this deception.

This complaint was filed by Matthias Rath M.D. on behalf of the people of the world. Every person, organization or government in the world is urged to support this complaint to stop those actions and bring those responsible to account.

NO MORE ‘BUSINESS WITH WAR’

While people in America and around the world demand the truth about the Iraq war – US Congress is still hestitant to start an independent investigation into the lies about Iraq.

The people of the world established the UN’s international court in The Hague, Netherlands, as a means to prosecute violations of international law – with the main goal of preventing future wars. In an attempt to cover-up, the Bush Administration is coercing countries like Albania and Sierra Leone into pacts to render this important court null and void. If they succeed, corporations will control the globe without any accountabiliy.

NO MORE ‘BUSINESS WITH DISEASE’

The petrochemical and pharmaceutical industry are controlled by the same financial interests around the Rockefeller group.

If not for the current international crisis and escalating war scenarios, the pharmaceutical industry would have long since disappeared – crippeled by an avalanche of tens of thousands of lawsuits against Bayer and all other drug makers.

You experienced the abuse of power by Enron executives. What do you think they will do to other countries, if you vote them into the White House? Will they change? Your country was once hailed as the leader in upholding human values. When will you reclaim it from those who distort those values purely for financial gain? If their war escalation is allowed to continue, you will lose your right to ‘free’ elections in 2004.

Demand that the ICC investigates this war and its corporate benefactors – make your voice heard!