I Call Upon All Members Of The United Nations: Don’t Let The UN-Charter Be Destroyed!

Black Out Through Blackout? 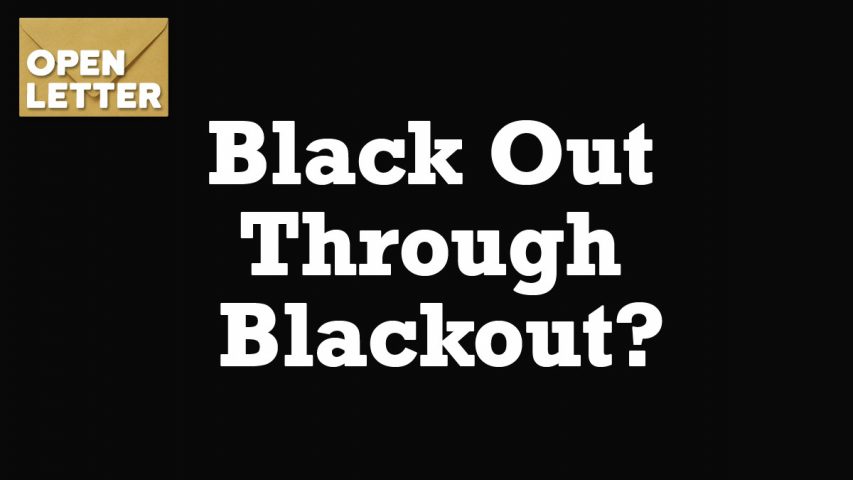 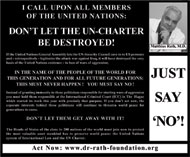 Dr. Rath’s Appeal advertisement in The New York Times on August 14, 2003, the day of the Black Out.

On August 14, 2003, New York City – the seat of the Parliament of the World, the United Nations – and other cities in Northeastern America covering the main distribution area of The New York Times were hit by a sudden power BLACKOUT. On that very same day, The New York Times had published as an advertisement my recent Public Appeal that the world community needed to bring to justice those politicians that threatened the very existence of the United Nations, its Charter and its Code of International Law.

Coincidence? Imagine, what would you have done if you had been in the shoes of those politicians in Washington who used the tragic events of September 11 to their advantage and lied to the people of America and the World about the Iraq War? These special interest groups are in the worst crisis ever. They have lost their political credibility around the world, and they hold on to power with the skin of their teeth. Undoubtedly, these political and corporate special interests were the largest benefactors of the BLACKOUT.

My Public Appeal advertisement in The New York Times on August 14 was triggered by the efforts of these groups to -retrospectively – seek UN approval for their War against Iraq. My Call to the Governments of the World to “Just Say No!” in my advertisement in The New York Times on August 14 dragged this unscrupulous plan into plain daylight. I called upon the United Nations General Assembly to hold those politicians and the corporate interests they represent responsible for their actions. I called for the prosecution of these politicians for their breach of international law by leading a war without any international mandate in the very Court specifically set up for that purpose – The International Criminal Court (ICC) in The Hague.

I called upon the United Nations General Assembly and the Heads of States of about 200 nations of the world to join now to protect the most valuable asset mankind has to preserve world peace: the United Nations System of International Law and the UN Charter.

If you were in the shoes of these politicians, this BLACKOUT served your goals in several ways:

… BLACK OUT the attention of the readers of The New York Times and the People of America, millions of whom are already doubting your credibility.

… BLACK OUT the UN ambassadors of almost 200 nations in New York City and disrupt communication lines with their governments at home in order to prevent their coordination.

… BLACK OUT to gain more time. Only five days later, on the eve of the UN Security Council meeting, the UN headquarters in Iraq was destroyed by a bomb. This event is immediately being abused by the Bush and Blair administrations to coerce the United Nations into a further Iraq commitment. Their goals are obvious: to retrospectively legitimize the Iraq War, to avoid prosecution at the International Criminal Court for breach of international law and to have the United Nations dismantle its own Charter and system of International Law.

Think about it: You are dealing with the same corporate interest groups who BLACKED OUT millions of Americans in the ENRON scandal – before they were voted into the White House . The same special interest groups BLACKED OUT the official report about September 11 and BLACKED OUT the truth about the war against Iraq -a war that killed tens of thousands of people and violated International Law and the UN Charter.

These lies and BLACK OUTS serve special corporate interest groups and their political stakeholders. If the people and the governments of the world do not expose these interests and hold them responsible, they will continue to threaten world peace for generations to come!