Codex Committee on Nutrition and Foods for Special Dietary Uses

Cancer: What is it and what causes it? 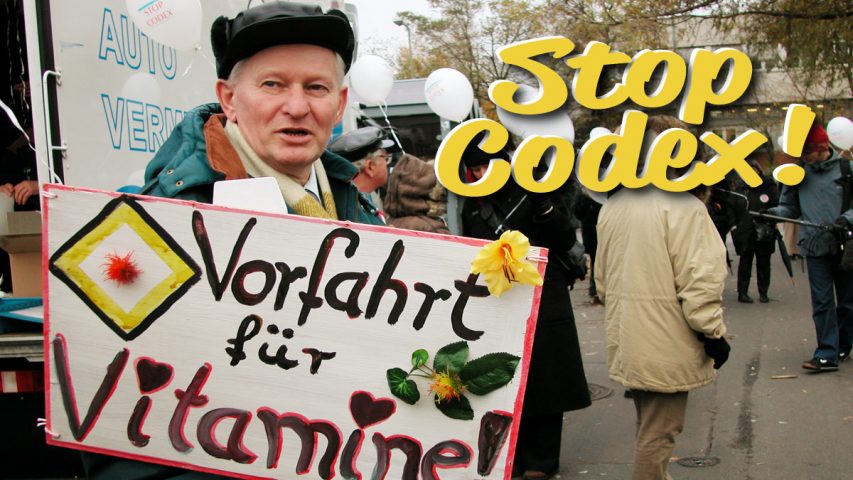 This year’s convention of the Codex commission was held between the 3rd and 7th November 2003 in Bonn. For years this commission has been trying, in the face of opposition by people in Europe and worldwide, to ban information and health-related messages concerning natural remedies and also to reduce the maximum permitted amounts of dietary supplements to levels at which they would no longer be effective.

On the 2nd November 2003 representatives from 15 countries and almost 1,000 participants spoke out in protest against the planned laws. The Dr. Rath Health Foundation had issued invitations to an international protest event at the Hotel Maritim in Bonn under the title “Stop Codex“. 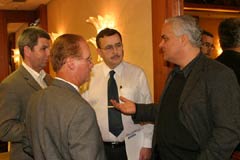 Dr. Matthias Rath’s entrance onto the stage was met by an enormous burst of applause. “I would like to return this applause back to you in this room, because without you I would not be here today and without the scientific discovery of cellular medicine, without the distribution of the bestseller “Why Animals Don’t Get Heart Attacks… But People Do“ there would be no Codex“, stressed Dr. Rath. It is the breakthrough of cellular medicine that represents such a threat to the pharmaceutical industry’s billion-dollar market that they don’t know what to do, other than to ban the spreading of information about it. All this at the expense of the health of millions of people.”

Only the combined protests of thousands of people from the health movement behind Dr. Matthias Rath have prevented the pharmaceutical giants’ henchmen from carrying out their unethical plans over the last seven years. With this event and a widespread information campaign highlighting the real goals of the Codex Commission, these laws, which hold mankind in such contempt, should also be stopped this year. These laws are intended to prevent health statements about vitamin therapies being made available to all people and to reduce the dosage levels of dietary supplements to maximum amounts that are entirely ineffective. For many years draft bills have been created by Codex under the guise of consumer protection, which are contrary to the will of millions of people throughout the world.

Dr. Matthias Rath and the Dr. Rath Health Foundation have received massive support in their battle against Codex from international supporters from 15 countries. 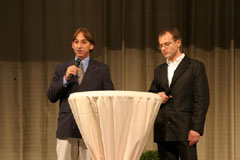 Eduardo Luiz Barbosa from São Paulo, Brazil, attended the Codex meeting as the president of an umbrella organisation for Brazilian HIV/AIDS initiatives. There are at present 800 such initiatives in Brazil. As Mr. Barbosa said: ”The right of all people to healthcare was enshrined in the constitution, though even today many people have absolutely no access to a doctor or to therapists. With an estimated 800,000 people suffering from AIDS and their meagre care with pharmaceutical preparations, the major side-effects continue to shock. I believe in the action of alternative natural therapies, since these are less harmful to people and they are based on ethical principles.“ For this reason he rejected the Codex plans. He expressed his gratitude for his invitation to this meeting and called for more freedom of choice for everyone for alternative medicine. He concluded his presentation with a quotation from Mahatma Ghandi: ”The world has enough for everyone’s need, but not for everyone’s greed.“ 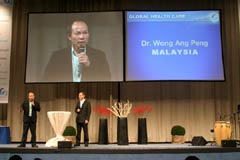 Dr. Wong Ang Peng, chairman of a national association of natural remedies in Malaysia , gave a warm welcome to everyone who had come to Bonn to defend the freedom of natural therapies. Their long history means that people in the Asian countries still have a certain advantage in their familiarity with natural remedies. Traditional Chinese medicine has been part of day-to-day life for hundreds of years and as yet there are still no problems in terms of access to natural therapies. ”We will fight like tigers for the freedom of vitamins, because if you lose against Codex in Europe, we will soon also lose in Asia“ Dr. Wong Ang Peng stressed. 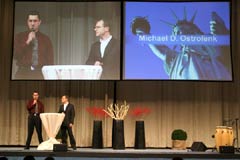 Michael D. Ostrolenk came to Bonn from the USA as an envoy of the organisation “Citizens for Health“. Although freedom of access to vitamins in the USA has been firmly embodied in law for years, politicians are always fretting at this fundamental right and submitting restrictive draft bills. Michael Ostrolenk has now brought together liberals and conservatives, consumers and manufacturers in a campaign to fight the draft bills. Above all he is organising education work and is therefore doing what he can to ensure that bridges are built between various organisations, associations and people. 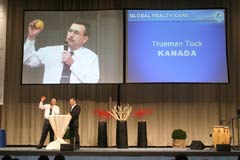 Trueman Tuck, founder of the health organisation “Friends of Freedom“ from Canada, informed the participants in Bonn of the current national legislation. As Mr. Tuck explained: ”In Canada you are not allowed to say that an orange contains vitamin C and that this vitamin C protects against disease. This law dates from as long ago as 1920-27. In Canada more or less anything that provides a natural cure is therefore declared to be medicinal.“ For many years he has stood up for free access to dietary supplements, together with a great many people, politicians and organisations in Canada. At the same time he also defends in court doctors, non-medical practitioners and companies who work with vitamins and have landed in trouble as a result. So far his greatest success has been a law ensuring free access to vitamins in Canada which has already passed its second reading in parliament and which hopefully will soon come into force.

He told the guests at the Codex event about his most important experience from his battle: ”Go to your politicians! Tell everyone about the planned legislative changes! We wish you all the very best!“ 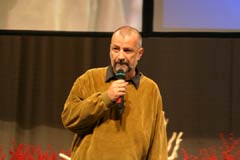 Dr. Gerhard Koschik from Austria has been using the natural remedies of cellular medicine in his practice in Graz for many years. ”In the 31 years in which I have been practicing as a doctor, I have not come across anything better than cellular medicine. I am proud to be a member of the ever-growing Dr. Rath team. And you too can play a part in this success. Stand up for free access to vitamin therapy! Sign the appeal for a referendum! I’m asking you to do this,“ emphasised Dr. Koschik in Bonn. 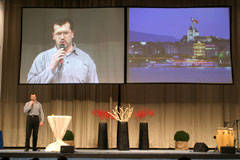 Frank Thrier from Switzerland supported the European initiative for free access to vitamins from the point of view of a Swiss citizen.

”We have already made a good start on preparations for the confederate national initiative “Free Access to Dietary Supplements“ and we are winning prominent members in a corresponding committee with whom to work,“ he explained, going on to stress: ”I had two particular motives for getting involved in this initiative: my own very good personal experiences with vitamins and the threat of the Swiss parliament and government adopting all European decrees on the public health system. We do need to change a lot of things for the better, but adopting Euro-regulations that obstruct the use of vitamins would only make everything even worse!“

He called on the many people in the audience: ”We want to be an example and an incentive for you – emulate our campaign in your own country!“

Dr. Matthias Rath, in his rousing speech, took a look at the history of Codex and examined the background to the worldwide development of the pharmaceutical industry. At the same time he gave a great many concrete examples as evidence of the success of scientific research into cellular medicine.

Dr. Rath invited the 15-year old Christian Rehse onto the stage to talk about his recovery using cellular medicine. As an 11-year old, Christian was to have been fitted with a pacemaker. However, by using cellular medicine, he is now able once again to lead a perfectly normal life without the need for an operation. ”If the Codex plans had already been adopted five years ago, Christian would not be here today and he would not be able to pursue his favourite hobby of playing football“, said Dr. Rath, emphasising the living consequences of the battle waged so far against the Codex plans.

Ilona Schmidt from Berlin also touched the hearts of the guests at Bonn with her story of ill health. Her brain tumour was cured by means of cellular medicine. Her daughter, Manuela, spoke of her family’s joy and relief. She called out: “Everyone, spread the news of the success of cellular medicine! It’s the only way to help people; it’s the only way to defy the Codex laws!“.

For their unstinting research work at the American research institute in Santa Clara, Dr. Rath thanked above all the executive director Dr. Aleksandra Niedzwiecki and Dr. Vadim Ivanov , who is in charge of research into cardiovascular disease in women. ”There is no greater reward for us scientists and researchers than seeing our research results at work in the living examples of so many patients“, stressed Dr. Niedzwiecki.

The broad support for Dr. Rath from so many organisations and so many people from all over the world has made this event a great success and it represents a really important step forward for the establishment of a new world-wide healthcare system. 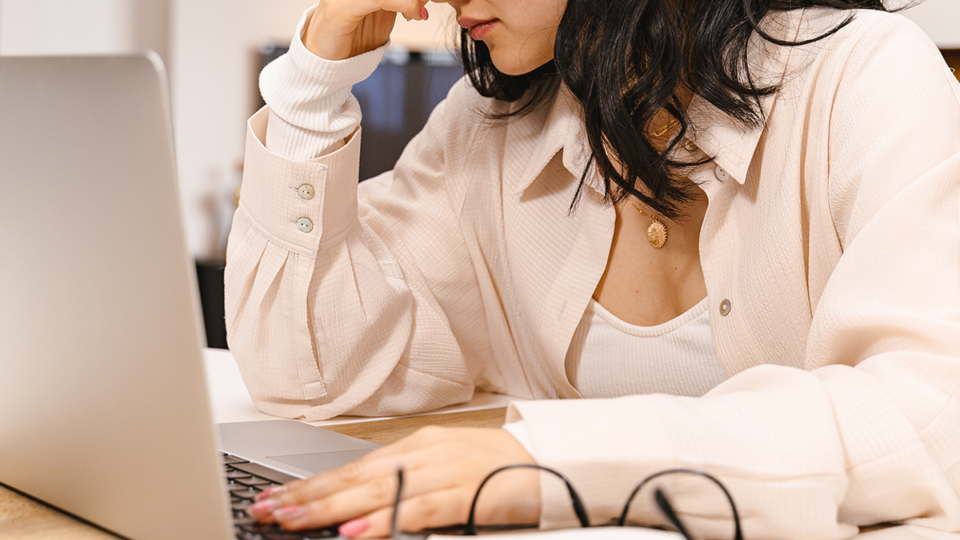 Spinach, nuts, and carrots – Why micronutrients are so important for healthy vision