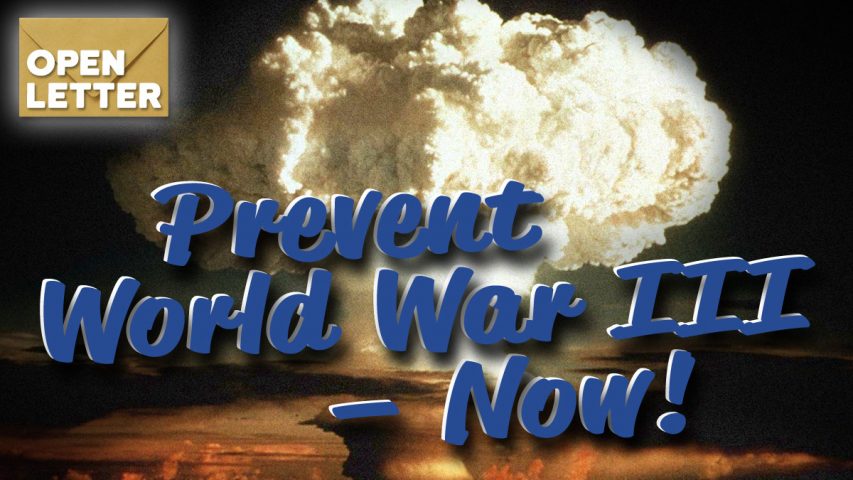 For the past three weeks the world has been assaulted by inhumane pictures of Iraqi prisoner abuse. Reports of the abuse have been known for several months, and millions of people worldwide asked, “Why were they made public only now?” The following Open Letter by Matthias Rath M.D., published by The New York Times on April 25, 2004, preceded publication of the abuse by only three days.

The sequence of events documented in Dr. Rath’s Open Letter provides Senator John Kerry with powerful arguments against the Bush/Cheney Administration. Why does he not use them? Could it be because the same financial interests influence Senator Kerry and because John D. Rockefeller IV is the head of Kerry’s presidential election campaign in West Virginia?

The only way for the people of America to build a healthy and peaceful nation and uphold its constitutional and democratic rights as manifested in the “Declaration of Independence” is to demand the immediate impeachment of George Bush! The time to act is now!

When Will You Speak Up?

The Bush/Cheney Administration has only one chance of survival: escalate crises to provoke World War III

A dramatic call by Matthias Rath, M.D. for ‘regime change’ in the White House

The people of America, all Heads of State and the United Nations must act now to prevent Armageddon!

PREPARATIONS FOR WWW III ARE UNDERWAY

THE OPTIONS FOR BUSH/CHENEY NOW

Matthias Rath, M.D. is a world renowned scientist, member of the New York Academy of Sciences and other international scientific organizations. Fellow scientist and Nobel Peace Prize winner Dr. Linus Pauling considered Dr. Rath as his successor.
Before and during the Iraq war Dr. Rath has become a ‘conscience of the world.’ He raised his voice to alert the people in America and beyond to the fact that the Bush/Cheney administration has been deceiving the world about September 11 and the Iraq War.
During the current 9/11 Investigation, everything Dr. Rath had publicly predicted has been confirmed. Now, with world peace being threatened like never before, Dr. Rath raises his voice again:

EVERY RESPONSIBLE PERSON MUST ACT TO PRESERVE WORLD PEACE – NOW!

If the people of America as well as the political leaders of the world do not act now to remove the Bush/Cheney regime, Armageddon is certain to happen. The most straightforward way to terminate the Bush/Cheney threat to world peace would be for the American people to vote them out of office in the forthcoming elections. But everyone needs to realize that under the Bush/Cheney regime there will not be a democratic election in November 2004.

THE HEADS OF STATE MUST TAKE ACTION – NOW!

Every political leader, every government and hundreds of millions of people worldwide must unite to support the people of America and the United Nations in these efforts to prevent World War III.
Every political, economic and other non-violent action has to be undertaken by the people of the world and their governments to terminate the Bush/Cheney regime now!

WE CANNOT AFFORD TO WAIT. THE TIME TO ACT IS NOW!

US-Declaration of Independence
“Whenever any Form of Government becomes destructive of these ends, it is the Right of the People to alter or to abolish it, and to institute new Government, laying its foundation on such principles and organizing its powers in such form, as to them shall seem most likely to effect their Safety and Happiness.”