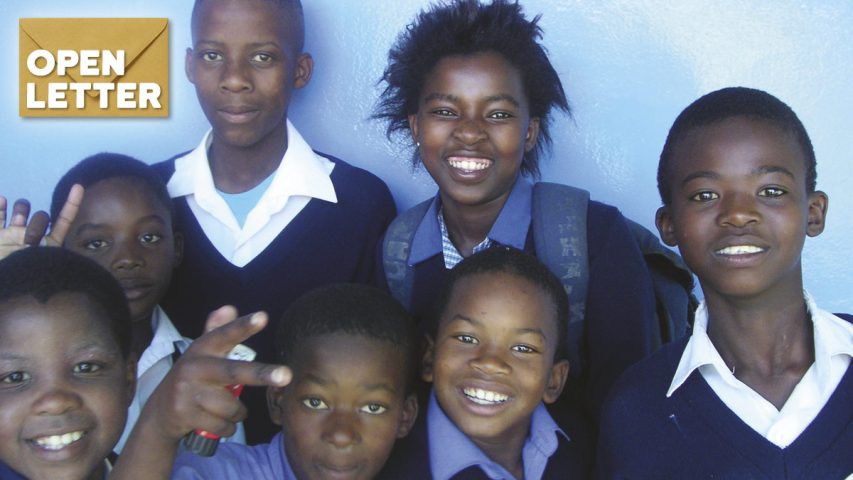 Immediately following the publication of Dr. Rath’s Open Letter in the New York Times on June 30, 2004, reactions came from people and media all over the world. You can read a small selection of both below.

People of the world

“Ending with all wars is perfectly possible, but the politicians are not who will carry this out. We are, common people, the ones who have to take up the work and the responsibility of demanding and establishing the conditions for the war not to be an option and we have to do it right away.”

“I am a teacher of a school in Venado Tuerto, Holy Faith, Argentina. It wanted to know if there is some project, or activity where we can participate for the world peace.”

“I read Dr’s Rath manifesto and I agree on the formation of a new Nations Aliance, the question is: How can I help, and how do I make active part of this process?”

“Dr. Rath, I’m very moved about I readed. I would like to integrate the AN, and become a member in Brazil. Respectfully.”

“I am Public Servant and university professor in my country. I agree fully with your foundation therefore what do we perceive is the domain of the big industries druggists by the world, giving the orders, mainly in developing countries . It would like to do my part and help to build a peace world news and health.”

“I have viewed your full page advertisement in todays South China Morning Post newspaper in Hong Kong and also your website. I would like to represent your Foundation in whatever capacity feasible — in Hong Kong.”

“I have read your Open Invitation to build a Alliance of Nations. I in agreement with your perception. Pls inform how I can offer my little help in this noble cause, so that others would benefit by this.”

“Dear Dr Rath, I am congratulating you and your team for the brave decision. I am will happy to support you from my country.”

“I came across the Preamble for the AN (Alliance of Nations) in the Times of India dated 10th July 2004. I was particularly impressed by the ideals set forth by this foundation. Equality to all Nations irrespective of might based solely on spirit. I aspire to be able to offer my services in any way i can towards the fulfillment of this idea. Who among us wouldn’t want to live in a peaceful world, where all are treated equal. Sincerely.”

“We the people of civilised society ought to take serious steps to safeguard ourselves & our other brothers & sisters across the globe .An alternative to U.N. seems to be must as its now nothing more than a mere following the US & the UK on all a major issue, whether its the case of IRAQ or AFGHANISTAN or PALESTINE to an extent. How can I in India help this noble cause.”

“Dear Dr Rath
I was enthralled to read your inspired and philosophical expose´ on how the United Nations committed US administration-driven suicide last June. It is gratifying that you have come forward to educate the world masses on this fundamental issue that has been clouded by a series of cover up manoeuvres by the George Bush administration.”

“I read your open letter in New York Times with much excitement and hope that some day we may be able to replace the obsolete UN with your proposed AN. I thank you for taking the initiative to affect change in the world.”

The following articles, listed by the date they were published, show the tremendous effect that Dr. Raths Open Letter Campaign has on the course of modern medicine and on today’s Global Leaders.

June 30, 2004
Vitamins may delay development of AIDS
Supplements could be a ‘low-cost intervention’ in Africa
A study of HIV-infected African women found that daily doses of multivitamins appear to slow down the disease and cut the risk of developing AIDS in half. The researchers who conducted the study in Tanzania suggested that vitamin supplements could be used in developing countries to delay the need for AIDs drugs, saving them for use at more advanced stages and avoiding their side effects.
Read article at MSNBC.com

July 1, 2004
Daily Vitamin Can Thwart AIDS Progress
A simple daily pill can delay the progress of AIDS in H.I.V.-infected woman, an eight-year study by Harvard researchers has found. For malnourished women in Africa or Asia with little hope of getting better drugs, vitamins are a cheap, safe way of giving them extra months of life and a little less misery before they die, the study, which is being published today in The New England Journal of Medicine, suggested.
Read article on NYTimes.com

July 1, 2004
Codex backs safety approach to maximum levels
The Codex Alimentarius Commission, meeting in Geneva this week, has endorsed draft guidelines on vitamin and mineral supplements that recommend basing maximum levels of nutrients on safety rather than the RDA. The breakthrough, reached by the Committee on Nutrition and Foods for Special Dietary Uses (CNFSDU) at a meeting in Germany last year, has now been ratified by the committee at step five of the eight-step Codex decision-making process.
Read article at Nutraingredients.com

July 2, 2004
African Union Points to Prosperous Future By Avoiding UN’s Mistakes
African leaders are to consider expanding the African Union (AU) to include civic society groups at the body’s third summit in Addis Ababa, Ethiopia, next week. Heads of state are being lobbied to entertain the concerns and suggestions of public society structures when dealing with a variety of issues including human rights and freedom of expression.
Read article on AllAfrica.com

July 2, 2004
Us$ 968 Million Committed for New Global Fund Grants
In its latest round of funding approvals, the Board of the Global Fund to Fight AIDS, Tuberculosis and Malaria has committed US$ 968 million to new grants over two years. These 69 country grants, which are approved with an initial funding commitment for the first two years, have a lifetime of five years. Over the full five years the grants will put 932,000 people on antiretroviral treatment for HIV/AIDS. They will also finance 123 million ACT anti-malarial treatments, 44 million impregnated bed nets and DOTS treatment for 640,000 new tuberculosis patients.
Read article on AllAfrica.com

July 6, 2004
Secretary-General calls for ‘Uniquely African Green Revolution’ in 21st Century
“So let us show the meaning of global solidarity. Let us all do our part to help Africa’s farmers and their families take their first steps out of chronic poverty, and to help societies make a decisive move towards balanced and sustainable development.Let us generate a uniquely African green revolution — a revolution that is long overdue, a revolution that will help the continent in its quest for dignity and peace. And let us never again allow hunger, needless hunger, to ravage lives and the future of a continent.”
Read official press release