BIRD FLU: Public Health Information for The Governments of the World

EU and US Square off at International Food Code Meeting 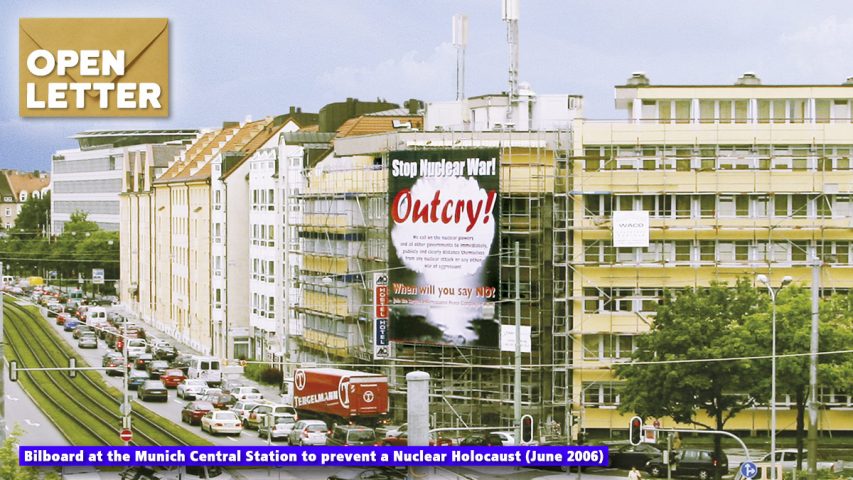 The world is facing a possible nuclear war! Considering the worldwide stockpile of nuclear, biological and chemical weapons of mass destruction, such a war bears an incalculable risk and is a threat to all of mankind.

The death of millions of people and the contamination of our entire planet for generations have become real threats. In this situation, we, the people of the world, are putting everything aside that separates us, in order to commit to one common goal: the prevention of a nuclear war and the survival of mankind. We, the people of different countries, religions and races, are raising our voices together.

We call on the nuclear powers and all other governments to immediately, publicly and clearly distance themselves from any nuclear attack or any other war of aggression!