Codex and Health Freedom – Be Wary of the ‘Instant Experts’

Milestones in Protecting Health and Life 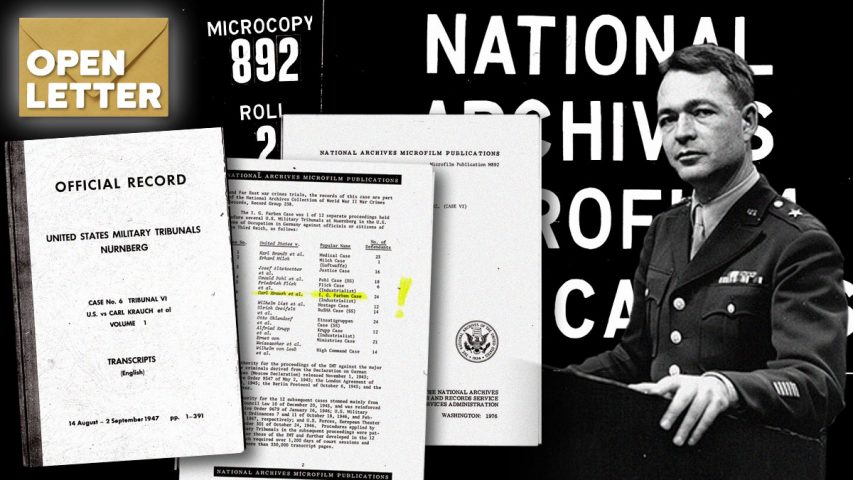 After six decades of silence, the historic records of the key war crimes tribunal that determined the responsibility for WWII is finally being made available to a world audience. Currently, history books teach that WWII was launched by a lunatic dictator, Hitler, and his ruthless Nazi henchmen.

However, tens of thousands of historical documents from the Nuremberg Tribunal – newly released online – unequivocally document that:

As everybody knows, the Nazi/IG Farben coalition’s plan for world domination was destroyed by the efforts of the great majority of nations of the world and the extraordinary sacrifices they made.

While this victory was important for all mankind, the newly emerging post-war order was already influenced by the oil and drug interests from the victorious countries:

However, these important facts have essentially been concealed from the people of the world, who were made to believe that with the first Nuremberg trial – against the military and political stakeholders – the ”main war criminals” had been brought to justice.

This was, of course, not the case. Beside this first trial there were 12 further trials that made up the Nuremberg Tribunal. The most important among them was the case against the oil and drug cartel, IG Farben. The executives of this cartel, according to the chief US prosecutor, Telford Taylor, were the main war criminals – without whom WWII would not have been possible.

It is inconceivable and intolerable that mankind should continue to be left in the dark about the ultimate responsibility for WWII – the greatest crime thus far committed on this planet.

The online academy ”Profit Over Life” is an educational resource for the benefit of the people of the world. Students, teachers, academic researchers, politicians and millions of people worldwide are invited to use this archive as the basis for better understanding history.

This is particularly important because multinational corporate interests continue to this day to use military force to reach their global goals.

Telford Taylor, US Chief Prosecutor at the Nuremberg War Crimes Tribunal against the executives of the oil and drug cartel, IG Farben

”The crimes with which these men are charged were not committed in rage or under the stress of sudden temptation. One does not build a stupendous war machine in a fit of passion nor an Auschwitz factory during a passing spasm of brutality. Their purpose was to turn the German nation into a military machine so it could impose her dominion on Europe and other nations beyond the seas. They were the warp and woof of the dark mantle of death that settled over Europe.”

The fact that this information was buried in international archives and is not part of any history book is no coincidence. The interest groups that kept this critical knowledge hidden for six decades will now have to answer many questions. Whatever their reaction to the online opening of these archives will be – the truth is now out and these facts will be common knowledge to this and all future generations.

This online archive has been made possible by the Dr. Rath Health Foundation, a non-profit organization.