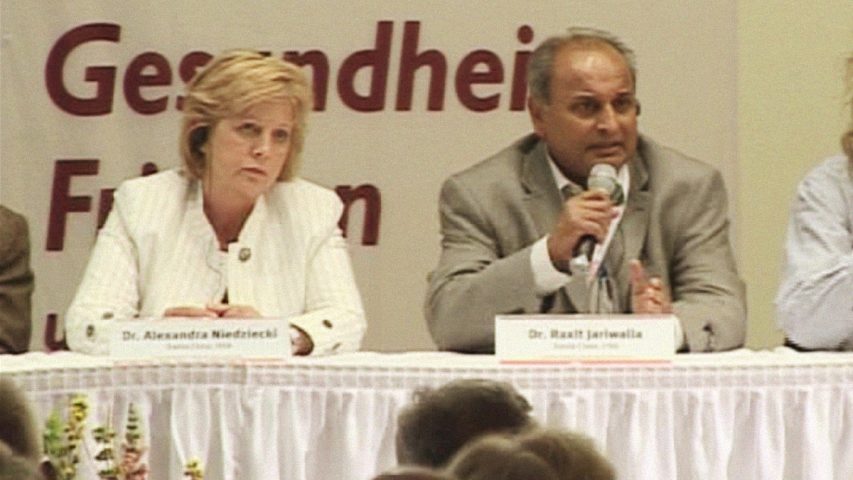 Clinical benefits of micronutrient supplements have been demonstrated in HIV/AIDS

Medical science has found nothing that can cure HIV/AIDS. However, there are several studies published in peer-reviewed scientific journals which suggest that nutrition, including proper vitamin and micronutrient supplementation, can help to arrest the deterioration of patients with HIV, can delay the onset of AIDS and, by increasing CD4 count and reducing viral load, reverse the progression of the disease.

These studies demonstrate the important – and acknowledged – role played by vitamins in delaying the onset of AIDS. 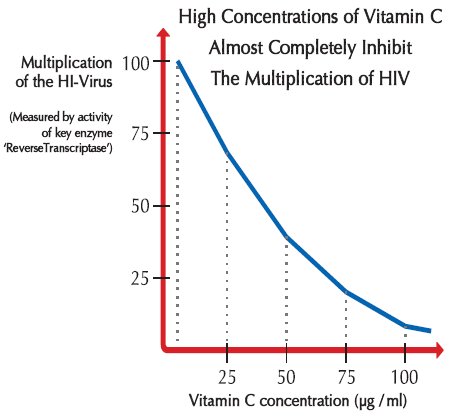 In a landmark study published in the official journal of the U.S. Academy of Sciences, Dr Harakeh, Dr Jariwalla and Dr Pauling showed that high-dose vitamin C was able to block the multiplication of HIV by more than 99%!

These dramatic results obtained with natural and affordable approaches were published one and a half decades ago – but were ignored and even suppressed in the interest of the multi-billion Rand business with patented ARV drugs.

Dr Pauling was the recipient of two Nobel Prizes. He died in 1994. Dr Jariwalla is today the head of virology research at the Dr Rath Research Institute.

In a large Tanzanian trial in pregnant and lactating women [Fawzi et al., New England Journal of Medicine (2004); 351: 23-32] multivitamins, mainly vitamins B, C, and E at doses of up to 22 times recommended daily intakes, resulted in significant reductions over the entire period of follow-up in the risk of progression of the disease. The study was a randomised, double-blinded, placebo controlled trial and demonstrated that inexpensive multivitamin treatment was effective in staving off the development of the AIDS disease among HIV-positive women. The key-findings were:

In an early observational study, supplementation of AIDS patients with large doses of vitamin C was associated with stabilisation of helper T lymphocyte count and amelioration of opportunistic infection (Cathcart, Medical Hypothesis (1984); 14: 423-433).

In a cohort of HIV-infected subjects with low CD4 count, subjects with CD4 <200 who took NAC showed significantly longer survival than a comparable group (CD4 <200) who did not supplement with NAC (Herzenberg et al., Proceedings of the National Academy of Sciences USA (1997); 94: 1967-1972).

In a randomised, placebo-controlled, double blind trial, daily supplementation with selenium in HIV-seropositive men and women, whose serum selenium increased to greater than 26.1 mcg/liter, was reported to prevent the progressive elevation of HIV-1 viral load and improve CD4 cell count after 9 months of treatment compared to non-responding selenium-treated subjects whose serum selenium change was less than or equal to 26.1 mcg/liter (Hurwitz et al., Arch Intern Med (2007); 167: 148-154).

Specific effects of micronutrients on blocking HIV multiplication have also been demonstrated. Thus, certain vitamins such as vitamin C and amino acid derivatives such as NAC were shown to have anti-HIV activity in HIV-infected cells (Harakeh, Jariwalla and Pauling, Proceedings of the National Academy of Sciences of the USA(1990); 87:7245-49; Harakeh and Jariwalla, American Journal of Clinical Nutrition (1991); 54: 1231S-1235S; and Roederer et al., Proceedings of the National Academy of Sciences USA (1990); 87: 4884-4888).

Micronutrients are also non-toxic compared to ARV drugs. There is a fundamental difference between vitamins and ARV drugs with respect to the assessment of “side effects”. Vitamins are natural substances known to the human body and recognized by millions of its cells; hence, a surplus is generally eliminated by natural means. Thus, perhaps with the exception of a few lipid-soluble vitamins, even relatively high doses are known to be safe.

In contrast, ARV drugs are synthetic molecules not recognized by the cells of the body as natural substances. Moreover, the toxicity of these drugs – e.g. their damage to DNA to block its replication – is the desired mechanism for these drugs. The only way for the body to eliminate these synthetic substances is by using a detoxification process in the liver. Since these drugs exert their toxicity even during their elimination, liver failure is an established and frequent side effect of ARV drugs. Moreover, HIV infection is linked to deficiency of glutathione, a major intracellular antioxidant and detoxifier in the body.

Thus, with respect to side effects, there is no comparision between natural micronutrients and severe side effects from ARV induced toxicity, such as organ failure, which are frequently seen even in the range of the recommended therapeutic doses.

The manufacturers of ARVs continue to seek fully to exploit their patented drugs for massive profits from some of the poorest countries in the world.

Micronutrients confer substantial clinical benefits at all stages of disease relative to ARVs. In short:

Ideally, the case for one treatment being better than another would be made from comparative study of both treatments in the same trial. However, no such trials have been published or (so far as we are aware) carried out. Nevertheless, prospective studies in HIV-positive, asymptomatic men have shown that consumption of a daily multivitamin supplement was linked to significantly reduced risk of AIDS development at an early non-symptomatic stage of HIV infection. In HIV-positive pregnant women, multivitamin administration also delayed the progression of HIV disease [Fawzi et al., NEJM (2004) 351: 23-32].

In contrast, in the Concorde study, AZT was unable to delay the progression of the HIV disease in asymptomatic HIV-positive individuals [Seligman et al., Lancet (1994); 343: 871-878].

At later stages of HIV infection, in cohorts of patients with low CD4 counts, multiple micronutrient supplementation also has been shown significantly to enhance survival of individuals with low CD4 counts. Those with a count <100 and taking a placebo were 4 times as likely to die compared with those being given micronutrients. Those with higher counts up to 200 on placebo were twice as likely to die. [Jiamton et al., AIDS (2003); 17: 2461-2469].

In contrast to the benefits of micronutrient supplementation in HIV patients at the later stages of HIV infection, only short-term improvement in survival with attendant serious side effects was seen from AZT treatment in AIDS patients, a benefit that was not maintained in a longer-term follow-up study [Fischl et al., NEJM (1987)and JAMA (1989)].

Furthermore, the effect of triple-combination ARV treatment on survival in AIDS patients was shown to worsen with the decline in CD4 count (<200/microliter) [Hogg et al 2001].

In addition, other benefits seen from ingestion of micronutrients include:

CD4 counts or HIV viral load have been employed as surrogate markers for AIDS over the last 2 decades and are routinely used as a biomarker to approve ARV drugs. Insofar as micronutrients are concerned, there is evidence that they not only improve surrogate markers (CD4 count and viral load) but also retard disease progression and decrease AIDS-defining symptoms. In contrast, except for short-term survival benefit seen with AZT in the Fischl et al studies and limited, relative survival benefit (dependent on CD4 count) reported in the Hogg et al study, there is no significant evidence that ARVs cause reversal of the progression of AIDS beyond affecting surrogate markers. 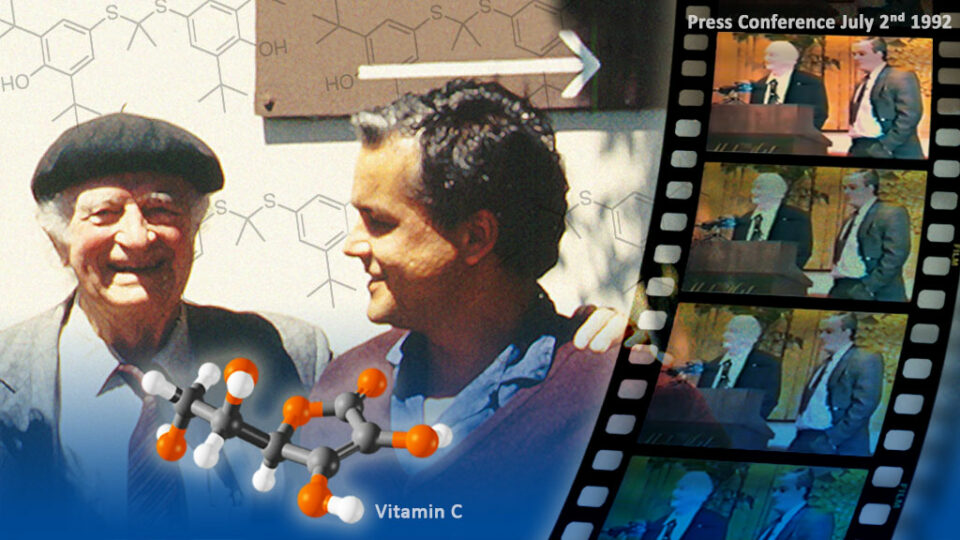