Questions and Answers About AIDS 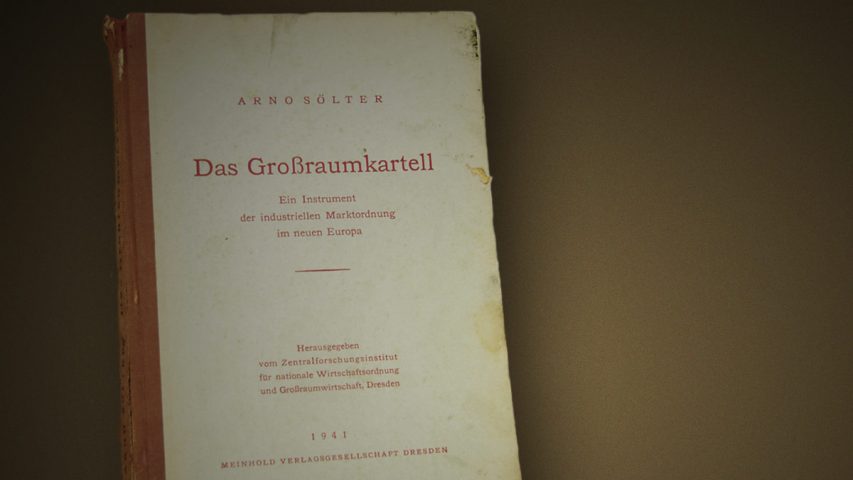 The German word Großraum, or “großer Raum,” literally means greater space or greater sphere. By summer 1941 the coalition of the oil and drug cartel I.G. Farben – Bayer, BASF, Hoechst (today a part of Sanofi-Aventis) – and their political/military stakeholders, the Nazis, had occupied France and brutally conquered large parts of Europe. It was at this time that the oil and drug cartel I.G. Farben started to reveal its post-war plans. After financing the rise of the Nazis and the build up of their war machinery (providing almost 100% of explosives, gasoline, rubber and most other war essentials) the oil and drug cartel was looking for an exorbitant “return on investment.” These facts are detailed in the 1945 US Congressional hearings about I.G. Farben and in the Nuremberg War Crimes Tribunals against this cartel.

The I.G. Farben cartel got its “return on investment.” From the roughly 20 countries brutally conquered by the Nazi troops. I.G. Farben received essentially all of the chemical, pharmaceutical, petrochemical, mineral and other industries – mostly for free. Behind every tank that rolled into Belgium, the Netherlands, France, Poland, Czechoslovakia, Denmark, Norway and all the other European countries, followed the “men in grey,” the corporate representatives of I.G. Farben to seize their booty.

This unscrupulous plunder of entire industries and countries became the blueprint for subsequent global heists – up to the present day: Haliburton, various oil and drug multinationals as well other corporate “investors” in the Bush presidency made sure they got their “return on investment” during the Iraq war.

Back to WWII: the I.G. Farben terminology of a post-war rule over a “greater sphere” initially described the territory of Europe including Russia. But this term was deliberately kept flexible so that – with the projected military victories over Asia, America and the rest of the world – the term “greater sphere” would comprise the entire globe.

These plans for military world conquest and subsequent economic subjugation by the Nazi/I.G. Farben coalition are detailed in the Nuremberg War Crimes Tribunals against the directors of the I.G. Farben concern. Copies of more than 40,000 original documents of this historic trial from the U.S. National Archives were hidden away from the public for 6 decades. In 2007 they were finally published online at www.profit-over-life.org.

The publication of this book was not the act of an individual. Sölter was head of the official Nazi “Central Research Institute for National Economic Order and Greater Sphere Economy” in Dresden, Germany, at that time. This “Institute” was one of the official economic planning offices of the Nazi/Farben coalition for post-war Europe.

This book provides the blueprint of what would later become the structure of the European Union – a body of cartel interests, claiming “greater spheres” as their markets – and operating beyond any democratic control.

“We recall the market organisation hierarchy: State – Economic Group – Cartel, which we have established for the Greater Sphere. In this connection, we are disregarding the state’s responsibilities in the field of commercial and currency policy within the Greater Sphere. Instead we want to look in greater detail at the problem of the organization of the European market from a cartel point of view and subsequently, look in detail at the problems of the economic policies of the state, which inevitably result due to the principle market regulation of the whole area of the ‘Großraum-Kartell’. Directly in charge of the “Großraum-Kartell” is the Economic Group, whose market-regulating functions we want to see brought together in a ‘Cartel Office.’

To this end the existing cartel department for the Economic Groups would have to be expanded to take on the functions of this new office. Superior to the Cartel Office would be the Central Cartel Office, which on grounds of the remit assigned to it would correspond to the present ‘Cartel Supervision’ department of the German Industry Group (Reichsgruppe Industrie), but also to the cartel department or specialist departments of the German Ministry for Economic Affairs1.

[Note: Today’s EU-Commission is an exact copy of this “Central Cartel Office.” It rules on behalf of cartel interests and beyond any democratic control].

From a practical point of view the tasks would have to be divided in order to avoid the duplication of work. It would be expedient to assign the factual supervision of the cartel offices to the Ministry for Economic Affairs, whereas the duties of the Central Cartel Office for Industry would be more in dealing with questions of fundamental market organisation, as well as legal and interstate cartel questions. In order to operate effectively, the Office for Industry would have to be kept informed about any problems arising. If we subsequently discuss the objectives of the “Central Cartel Office” we shall also discuss the associated business and organisational problems, i.e. those not itemised according to the above mentioned authorities.

It naturally follows that the German method of cartel supervision will also be introduced in the non-German parts of the European Sphere of Influence. The extent and nature of the organisation in other countries would naturally vary depending on their degree of industrialisation. Below we discuss the mode of operation of the organisation of the cartel in relation to the prevailing conditions in Germany.

a) The Central Cartel Office is the highest regulatory authority; accordingly it is

i) responsible for taking final decisions on questions of areas of responsibility of the cartel supervision;

b) The Central Cartel Office maintains contact with possible central national cartel offices of the other European [!] countries both in terms of dealing with important fundamental issues and concerning decisions about areas of responsibility that the ‘Großraum-Kartell’ or the individual national cartels cannot agree upon.

d) Cartel law, which is currently very diverse and poorly organized would have to be reformed and as far as possible standardised for entire greater sphere.

[Note: More than 6 decades later the EU-Commission implements an almost exact copy of this plan with the goal to establish “standardized cartel law” to rule over the lives of almost 500 million Europeans – without any democratic control.]

e) General market regulation principles for the European Greater Sphere would have to be drawn up. As regards to market- and cartel regulation, similar rules have to be established, just like those economic decrees that have been worked out or rather, are still worked on, by the Ministry for Economic Affairs for the accounting system.

[Note: A few decades later, the Nazi/I.G. Farben “Cartel decrees” became “EU-Directives” ruling not only over the health and lives of the peoples ofEurope but also draining their economies.]

f) In business economics, too, cooperation with non-German countries must be introduced in order to be able to prepare sound market regulation (including intercompany comparisons).

g) A model organisational plan for a “Großraum-Kartell” would have to be drawn up, along with clear, simple model of articles of association. To ensure effective cartel supervision a suitably-drafted cartel agreement is indispensible. Due to historical developments and often countless changes in contractual provisions, many cartel agreements end up becoming completely impenetrable. Therefore, in future, a suitably-formulated master agreement must be finalized which governs the details of any ongoing changes or supplementary agreements.

[Note: This “master agreement” became the EU’s so called “ LisbonTreaty” – an “enabling law” that grants quasi-dictatorial powers to the cartel’s “EU Commission”. For good reason, the cartel is not allowing a democratic referendum on this “master agreement” for fear of rejection. The people of the only country that voted on it, Ireland , sent a resounding “No” to the “central cartel office” – the EU Commission inBrussels .]

h) Suitable unified classification schemes must also be devised for cartel production and distribution statistics. The sales statistics must be laid out in such a way that at any time distribution can be adjusted according to consumption needs.

j) The Central Cartel Office would have to arrange the publication of a journal entitled “Das Großraum-Kartell” (“The Greater Sphere Cartel”), which would publish all decisions of the highest authority on all fundamental questions of European market regulation, directives [!] and similar matters.

[Note: This point too was adapted by the Brussels EU. They issue the “Official Journal of the European Union, as their “legal gazette.” No regulation or directive can become law until it has been published in this gazette.]

The text in bold and parentheses are added commentaries.

You could think that Arno Sölter was one of those Nazi-criminals who disappeared from the face of the earth at the end of the “thousand year Reich “ in 1945.

Far from the truth. The services of this Nazi/cartel architect of the subjugation of Europe to the interests of the cartel, were in high demand. In 1962, 5 years after the creation of the European Ecconomic Community – the forerunner of the Brussels EU – Arno Sölter again made a name for himself as a cartel strategist within the EWG European Economic Community). Under the Title:  “Vertriebsbindungen im gemeinsamen Markt unter wirtschaftlichem und EWG-kartellrechtlichen Aspekt,” (Exclusive distribution rights in a common market under economic and EEC-cartels legal aspects) Sölter published his old and new cartel concepts in issue 4/1962 of the periodical  ”Kartellrundschau” of the Carl Heymanns publishing house.

1 On grounds of organisational simplification, we regard the involvement of the German Economic Chamber (Reichswirtschaftskammer) as undesirable.