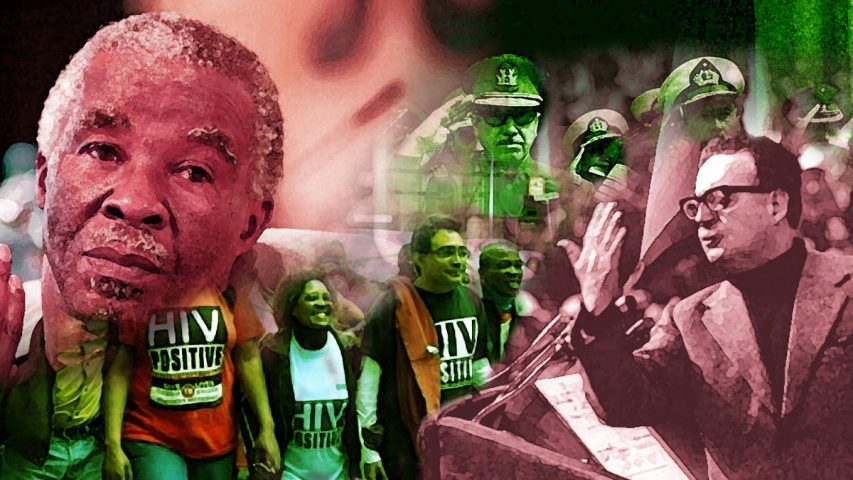 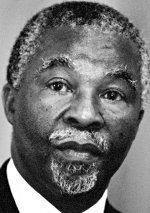 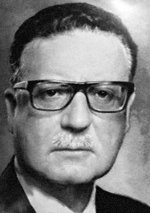 The truth about the coups against
Thabo Mbeki and Salvador Allende

This section of our website is dedicated to the progress of mankind towards a world of Health and Social Justice. These goals cannot be achieved without ending the imbalance between rich and poor nations. Lessening the dependency of the developing nations on the economic power of the industrialized world has been a hallmark of progressive movements and their leaders. Conversely, cementing this economic imbalance has been the target of those interested in preserving the status quo.

In the modern world it has become increasingly difficult for the interests behind the status quo to maintain the economic imbalance with sheer force. Increasingly they are forced to resort to hiding their true intentions and even parading under the flag of progressive movements.

Creating this confusion among the people is part of preserving the status quo. It is not difficult, however, to unmask these tactics. The only question one has to ask is: does a political force decrease the dependency on rich countries and multinational corporations, or increase it?

The liberation of mankind from colonial structures and modern forms of global economic dependency has not been a straight road. Repeated setbacks have been imposed on this movement by global financial and economic interests. 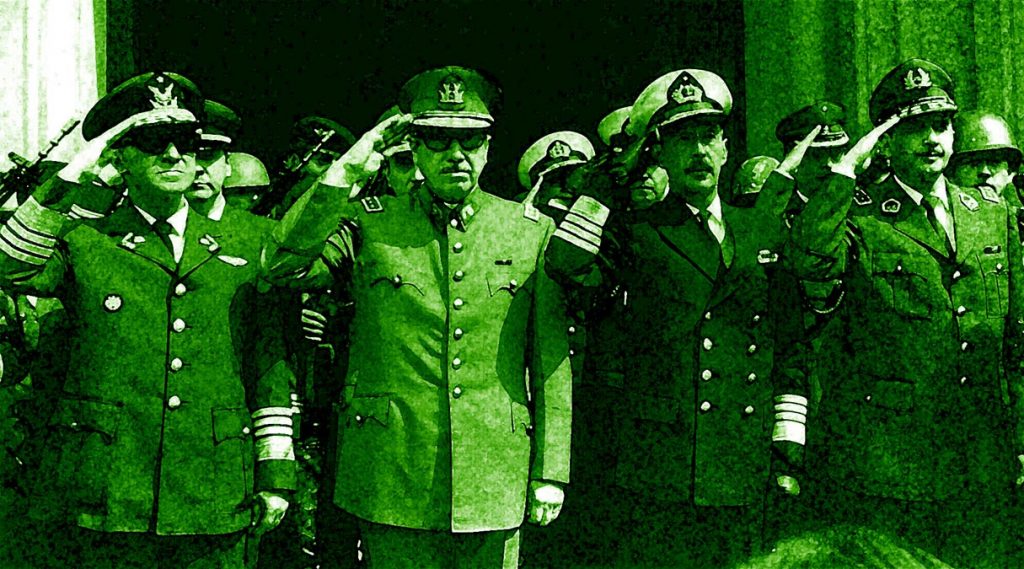 A two-page memorandum of conversation (PDF, 167 kB), the final paragraph of which concludes with Henry Kissinger ordering the CIA to “continue keeping the pressure on every Allende weak spot in sight.”

A four-page cable (PDF, 408 kB) from CIA deputy director of plans, Thomas Karamessines, who conveys Henry Kissinger’s orders to CIA station chief in Santiago, Henry Hecksher: “It is firm and continuing policy that Allende be overthrown by a coup.” The “operating guidance” makes it clear that these operations are to be conducted so as to hide the “American hand,” and that the CIA is to ignore any orders to the contrary from Ambassador Korry who has not been informed of Track II operations.

Three cables (PDF, 469 kB) between CIA headquarters in Langley, VA., and the CIA Station in Santiago addressing the secret shipment of weapons and ammunition for use in the plot to kidnap the Chilean military commander, General Rene Schneider.

An options paper (PDF, 1.73 MB), prepared for Henry Kissinger and the National Security Council on the day of Allende’s inauguration, laying out U.S. objectives, interests and potential policy toward Chile. U.S. interests were defined as preventing Chile from falling under Communist control and preventing the rest of Latin America from following Chile “as a model.”

A CIA report (PDF, 1.55 MB) summarizing its efforts to prevent Allende’s ratification as president and to foment a coup in Chile.

Strategy papers (PDF, 4.38 MB) prepared by an inter-agency Ad Hoc Working Group on Chile in response to a directive from Kissinger, showing that the Richard Nixon administration had engaged in an invisible economic blockade against Allende and intervened at the World Bank.

A situation report (PDF, 447 kB) prepared by U.S. Naval attache Patrick Ryan which reports positively on events in Chile during the coup. Ryan characterizes September 11 as “our D-Day”; states that the coup was “close to perfect”; and provides glowing commentary on the character of the Pinochet’s regime.

A memo (PDF, 570 kB) on ‘Chilean Executions’ sent to the Secretary of State by Jack Kubisch which states that summary executions in the nineteen days following the coup totalled 320 – more than three times the publicly acknowledged figure.

A memo (PDF, 326 kB) in which Henry Kissinger lists the “serious threats” he perceived Allende to pose to U.S. interests in the region and the world, including $1 billion worth of U.S. investments that could be lost.

A memorandum of conversation (PDF, 425 kB) in which Henry Kissinger tells the dictator Augusto Pinochet in a face-to-face meeting that “In the United States, as you know, we are sympathetic with what you are trying to do here.”

A formerly secret transcript of a telephone conversation (PDF, 369 kB) in which Henry Kissinger admits “we helped them” in the coup and that “[deleted reference] created conditions as great as possible”.

In the 21st century a key setback was the coup d’état against South African President Thabo Mbeki in 2008. The motives behind any forced regime change are generally exposed by the first major political turnaround of the new regime. In the case of South Africa, this was the announcement by the new government of a “U-turn on AIDS policy. Behind this headline stood the political decision to remove all remaining barriers for the mass importation and distribution of toxic, patented ARV drugs.

If there was any scientific proof that ARV drugs are the “life-saving” solution to the AIDS epidemic, then this coup would have been in the interests of the South African people. Unfortunately, there is no such scientific evidence.

This means that there must have been other reasons for the coup against President Mbeki. As we document on this website, forcing Mbeki to step down not only endangered the health and lives of millions of people in South Africa, it exponentially accelerated the economic dependency of the South African economy on multibillion dollar drug companies. The global pharmaceutical business with patented drugs is a more than one trillion dollar a year industry that is largely controlled by investment circles around the Rockefeller group.

The historic parallel to the coup d’état against President Mbeki 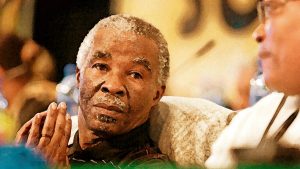 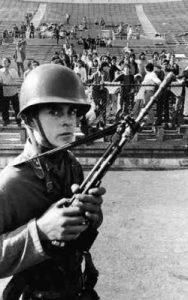 Chile 1973 (left picture) – The democratic forces supporting President Allende were immediately apprehended and incarcerated in the Stadium of Santiago de Chile by the Pinochet Junta. 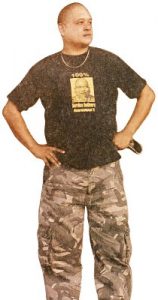 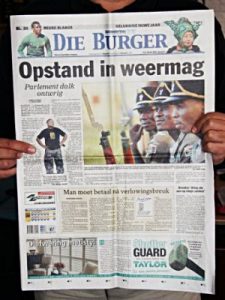 South Africa 2008 (right picture) – On February 7, 2008, on the occasion of President Mbeki’s Opening Speech to Parliament – and two months after Jacob Zuma had taken over control of the ANC – the former pro-Apartheid newspaper “Die Burger” left no doubt about whom they serve. On their title page they openly threaten President Mbeki and his Government with a military coup “Opstand in weermag”. The “Apartheid-left over” (magnified) wears a T-Shirt with a picture of their new leader: 100% Jacob Zuma. There is good reason for the democratic forces of South Africa to be alert and cognizant about history.

The lessons from the compelling historical analogy between Chile in the 1970s and South Africa today are clear:

With Chile being such a compelling historical example, there is no need for the people of South Africa to undergo the same agony and decades of dictatorship on behalf of foreign economic interests.

Those who cannot remember the past are condemned to repeat it