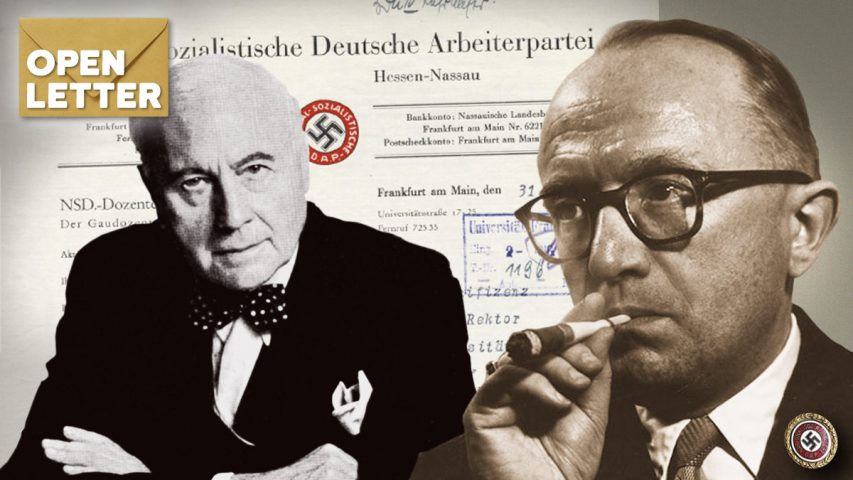 In the April 23, 2010 edition of the New York Times newspaper – and in the supporting online documentation – Dr. Rath exposed the sobering facts about the Nazi roots of the so-called ‘European Union’, the ‘Brussels EU’.

Within days after the exposure of these facts, the Euro fell to an all time low on global markets. What was interpreted by some as an ‘attack’ by greedy investors on the ‘Euro’ was in fact much more – the resounding ‘No’ of world opinion to the Nazi-rooted ‘Brussels EU’. But the financial markets were merely the peak of the iceberg for the loss of political credibility of this construct. 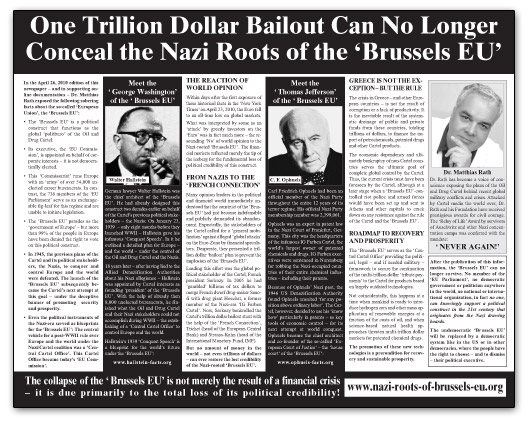