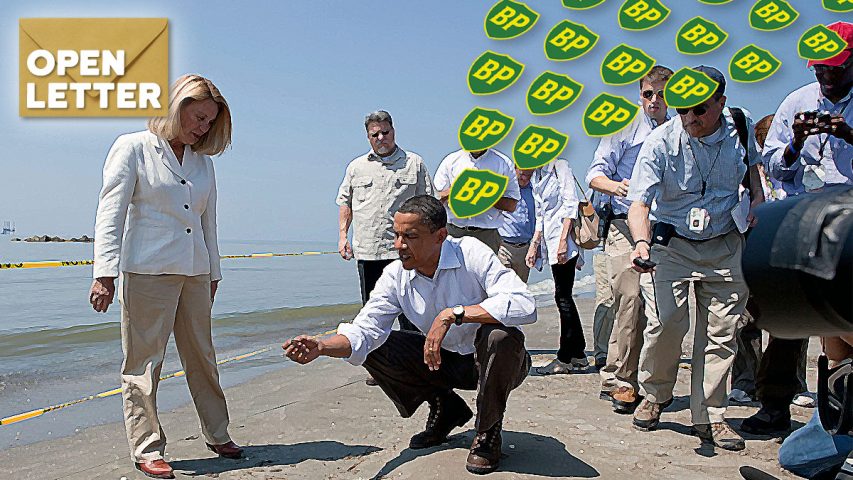 The largest oil spill in US history was caused by British Petroleum (BP), a prominent member of the international Oil Cartel. While this environmental disaster in the Gulf of Mexico has lasted for months, the decisive question still remains unanswered: Who benefits from this escalating crisis? This public health information here provides an answer from a historical perspective.

The German Oil Cartel’s ‘IG Auschwitz’ was the largest industrial plant in WWII Europe. With an investment of one billion Reichsmark, the Cartel also turned the nearby Auschwitz concentration camp into an endless source of slave labor – and an extermination camp for those unable to raise its profits.

Exposing the Past of the Oil Cartel

In 1933 the Cartel commissioned the Nazis to set the German Parliament on fire. This ‘Reichstagsbrand’ was used as a pretext for the Nazi/Cartel dictatorship and WWII.

The key elements of the Cartel’s strategy were:

The implementation of this Cartel strategy cost the lives of 60 million people and the destruction of entire continents in WWII.

After WWII, the German Cartel was dismantled and its shares transferred to US and UK-based multinational oil and drug corporations. The criminal past of the Cartel was hidden from the public.

What is at stake for the Cartel today are no longer territorial claims – but its mere existence. The survival of BP and the Oil Cartel is threatened by technological advances in the area of renewable energies combined with the political determination to apply these tech no logies on a global scale. In 2008, president Obama was even elected on a platform ‘to end the tyranny of oil’.

With its very existence threatened, the Oil Cartel has an obvious interest in toppling the Obama government. Towards this end it supports an unprecedented campaign based on cartelcontrolled media, a grassroots movement destroying democratic culture with violent tactics and positioning ‘drill, baby, drill’ politicians to take over the White House.

Until April 2010, the only missing element in that strategy was a crisis that could be used as an emotionalizing political vehicle to turn the people against their democratically elected government. Then, the explosion of the BP oil platform occurred.

It is noteworthy that in the weeks before the explosion, another member of the Oil Cartel, Halliburton, was conducting ‘work’ at this very platform. This company had become notorious for its role behind the Iraq War.

While there is no direct evidence for a premeditated act causing this explosion yet, there is overwhelming evidence of criminal neglect to stop the leak. The Senate hearing of BP CEO, Hayward, gave striking testimony to this effect.

The perceived benefit for the Oil Cartel of this ‘strategy of neglect’ is clear: Every gallon of oil spilling into the Gulf of Mexico would increase the public perception of the Obama government as being inept and powerless. This negative image, in turn, could then be used in future election campaigns to take back the White House for the Cartel.

The Consequences of This Publication

Revealing these historical facts and their present-day context has immediate consequences: