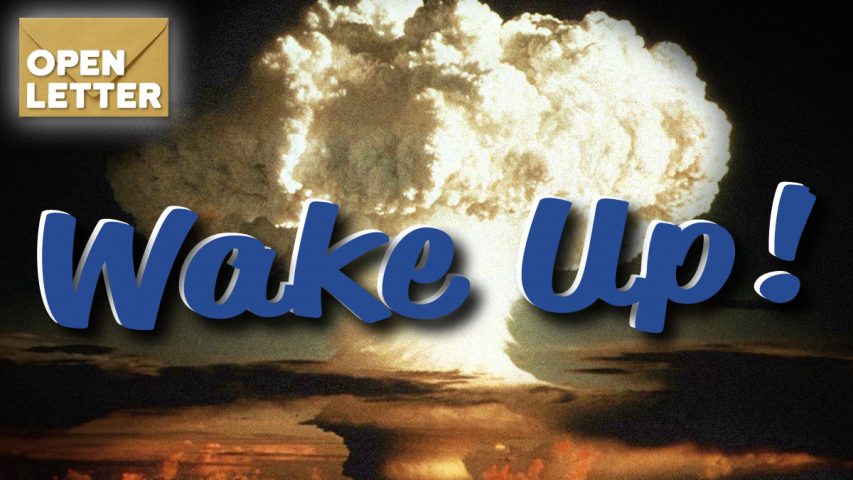 Ending the ‘Tyranny of Oil’

New technologies like hydrogen, solar and other renewable forms of energy, promise to replace mankind’s dependency from oil for public and private transport, utilities and all other areas of energy.

What will bring annual savings of thousands of dollars for every family, millions in savings for businesses and billions for national economies around the world will, on the other hand, lead to losses amounting to trillions of dollars for the Oil Cartel – and ultimately to its demise.

In this desperate situation, the Oil Cartel is ready to use all means conceivable to prevent its meltdown – even at the risk of drawing the whole of mankind into the abyss. On April 23, 2010, I warned in this newspaper about the risk of a nuclear war launched in the interest of this Cartel. This warning has since been echoed by leading politicians and discussed in parliaments.

On July 16, 2010, I exposed here the historical parallels between the political climate in Germany in the 1930s and that of the US today. In both cases, the Cartel financed the political destabilization of democracy, with the goal of replacing it with a corporate dictatorship as a stepping stone towards a world war.

In Germany, then, the Cartel succeeded in seizing power and launching WWII because people and politicians around the world ignored the early warning signs.

In the USA, today, the Cartel has launched an all-out psychological war. Organizations like the ‘Tea Party’ are polarizing and radicalizing society. The fierce reactions of those trying to protect democracy are already factored into this ‘strategy of provocation’. The only way to stop this calculated escalation of destructive political culture is to expose the motives and the roots of these forces. This time, they will not succeed!

The publication date of these facts coincides with the 2010 UN General Assembly and the election campaign for US Congress – and no one can say: We did not know.

The Dimension of the Threat

Fascism should more appropriately be called Corporatism because it is a merger of State and corporate power.

The precarious nature of the current situation can be analyzed with almost mathematical precision:

The ubiquitous availability of new forms of energy from sun, wind and water, including hydrogen energy, will no longer allow the monopolization of energy by corporate Cartels. The global implementation of these energies will ultimately provide “free energy for all.”

Thus, the continuation of the Oil Cartel’s business is no longer compatible with democracy. It requires the establishment of global dictatorships with the goal to impose by force the artificial prolongation of mankinds dependency from oil.

But even that will not be enough so long as the ‘know-how’ about the technologies for providing ‘free energy’ from natural resources are a common heritage of mankind. The only way to extinguish this know-how is to set mankind back several decades.

The most effective way to achieve this would be an all-out nuclear war. In the aftermath of such an event, any residual knowledge about these technologies would no longer pose a threat to the Cartel – in face of the insurmountable problems of those who survive.

Towards this end, the stakeholders of the Cartel are trying to escalate current regional crises – e.g. in the Middle-East – into a global military conflict.

The Strategic Role of the USA

The key country in the Cartel’s ‘survival strategy’ is the USA. Not only is the US the home base of most Cartel corporations, it also commands the world’s largest arsenal of nuclear weapons. Thus, for its strategy to prepare for a nuclear war, the Cartel must control the White House.

A major setback for the Cartel was the fact that in 2008 the American people elected a President on a platform of ending the ‘tyranny of oil’ and of comprehensive nuclear disarmament. Had Americans chosen the candidate of the Cartel – who publicly advocated nuclear first strikes – we may already have been living in a post-nuclear war world today.

Thus, the Cartel must not only regain control of the US government but must try to fundamentally ‘reprogram’ the American people towards accepting aggression and war as primary tools of US politics. Towards this end, the Cartel has been mobilizing an army of stakeholders in the media and politics.

The blueprint for this strategy of radicalizing society in preparation for war was pre-WWII Germany. The unobstructed implementation of this strategy then led to the overthrow of democracy, the installation of a dictatorship on behalf of the Oil and Drug Cartel – and, eventually, to a military attempt to expand its global markets during WWII.

The records of the Nuremberg War Crimes Tribunal and of US Congress unequivocally document that WWII was launched in the interest – and with the financial as well as technical support – of the German-based Oil and Drug Cartel (Bayer, BASF, Hoechst). Its goal was to seize control of the multi-trillion dollar global markets of oil, patented chemicals and drugs.

The psychological preparation of German society for this military conquest was the launch of a ‘racial war’ against Jewish and other non-Aryan people. Towards this end, the Nazi/ Cartel coalition financed a ‘grassroot’ movement – the ‘brownshirts’ several years prior to WWII.

The systematic instigation of hate, rage, aggression, racism and other forms of psychological terror by the ‘brown shirts’ in pre-war Germany was the precondition for the next stage: the mass murder across the globe by the SS and German Wehrmacht in the Cartel’s attempt to control the world.

After WWII, the German Oil and Drug Cartel was dismantled and its shares transferred to US and UK-based multinational oil and drug corporations. The Cartel’s criminal past was deliberately hidden from the public for one main reason: to allow it yet another attempt at world control.

Lessons of History: From the 16th to the 21st Century

Today’s process of transition in the field of energy has a historic parallel: the transition from Medieval to Modern Times that started in 16th Century Europe. This historic advance of mankind was triggered by the invention of the printing press. This innovation enabled the mass production of books and led to an explosion of knowledge, the foundation of schools and universities and to the elimination of illiteracy at large.

The feudal rulers and the Medieval church had held the ‘monopoly of knowledge’ for centuries. Despite their fierce resistance, this monopoly was broken. Not even a ‘30 Year War’ – launched by the ‘Status Quo’ then to retain its privileges – was able to halt the liberation of the human mind.

In analogy, today, mankind has broken the ‘monopoly on energy’ – until now closely held by the Oil Cartel. As it did then, the ‘Status Quo’ today is trying to protect its multi-trillion-dollar privileges – even at the price of dragging mankind into the abyss of the Cartel’s own demise.

Knowing that today an all-out war will not be fought with muskets and pitchforks but with nuclear weapons, mankind has only one option: Learning the lessons of history – so that they do not repeat itself. 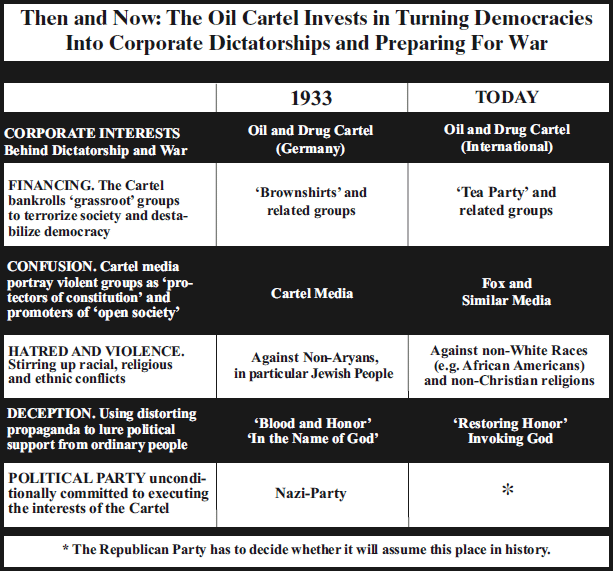 ‘Energy for All’ – A New Era Begins

Every family in the US will save thousands of dollars each year in energy costs. National economies around the world will recover billions of dollars. These vast amounts can be redirected to meet the biggest challenges of mankind, including hunger, poverty, malnutrition, diseases – and above all, closing the gap between rich and poor countries, forever!

Then And Now: The Cartel Stakeholders Are ‘Masters of Deception’

The Consequences Of This Publication

With These Facts Stated – Mankind Can Build Its Future!