The ‘assassination’ of former Polish president Lech Kaczynski: Who benefits? 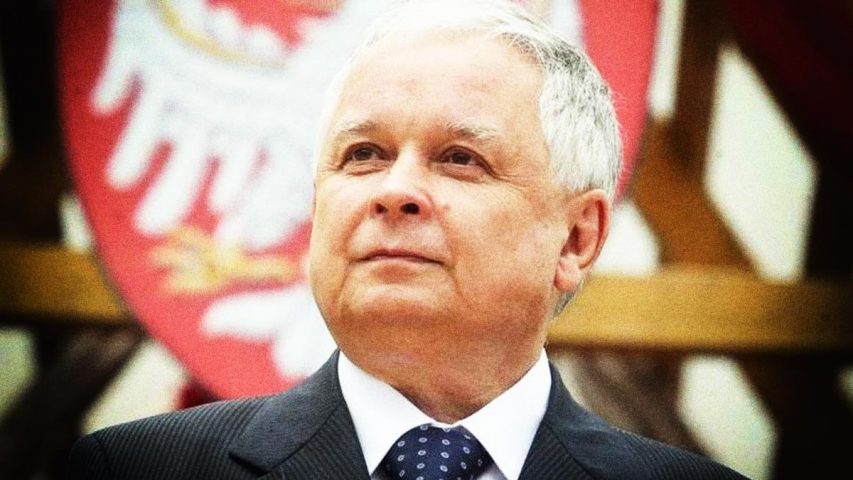 Jaroslaw Kaczynski – the twin brother of Lech Kaczynski, the former Polish president who was killed in a plane crash in Russia in April 2010 – has recently spoken out and stated that his brother’s death is looking increasingly like an assassination. Currently head of Poland’s Law and Justice party, Jaroslaw had already previously suggested that the incident, from which there were no survivors, may not have been a pure accident. But his latest comments have gone even further. Calling for the Brussels EU to investigate, as quoted by the Associated Press, he has now openly suggested that “if there were explosions (on board the plane), if this catastrophe looks increasingly like an assassination, then this means there is a new quality to international politics.”

The crash happened as the president’s plane was attempting to land at an airport near Smolensk, Russia, on April 10, 2010. The presidential delegation of more than 80 high level officials had been traveling to Russia to attend a memorial event marking the 70th anniversary of the crime of Katyn, a traumatic event in Polish history, which for many decades poisoned relations between Poles and Russians. In 1940, a mass execution of more than 20,000 Polish officers and intelligentsia took place in a forest surrounding the village of Katyn.

Upon the discovery of the executions, the Soviet Union claimed that they had been carried out by the Nazis. In the 1990s, however, Russia officially condemned the perpetration of the killings and attributed them to Stalin’s secret police, the NKVD. Since that time, Poland and Russia have gradually progressed on the declassification of the relevant historic documents and, in an interview in a Polish newspaper in 2008, Vladimir Putin referred to the killings as a ‘political crime’.

The official address prepared by the then President Lech Kaczynski for the occasion of the Katyn memorial event in 2010 had acknowledged the way towards reconciliation between these two nations:

”May this wound fully and finally heal. We are already on this path. We Poles acknowledge and value the actions of Russians of recent years. This path, which is bringing our nations together, we should continue to travel, not halting on the way or retreating back.”

The crash sent a shock wave through the whole of Poland and has spurred questions, investigations and controversies about its cause. Two years on, it still instigates conflicts and divisions among Polish society.

If this wasn’t an accident, who could have gained from it and why? 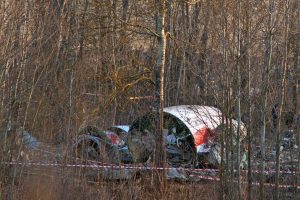 Part of the fuselage from the crash site near Smolensk (image credit: Wikipedia).

The only path to the truth behind the crash that killed the President is through asking ‘who benefits?’ from it.

Immediately after the event, the press and a distrusting public alleged rival Polish politicians, or the Russians, as its perpetrators. However, it is interesting to note that, during the many heated debates surrounding the crash and its investigation, no one elaborated the most plausible scenario, namely: With this crash, the Brussels EU lost its single fiercest governmental opponent from across the whole of Europe.

Not only that – given that the president’s entire political/ideological support staff and top military chiefs vanished with him – the outcome resulted in not merely the ‘decapitation’ of the Brussels EU’s staunchest opponent but the wholesale ‘eradication’ of a problem. In short, this was the vanishing of the entire Brussels EU “opposition apparatus” in Poland.

In this sense, one could further argue that even the deceptive cover of such a move was perfect. With the crash happening on a flight to one of the most traumatic and historic places in the entire history of Polish-Russian relations, if there were subsequently ever any accusations about an assassination plot, any investigation would inevitably point towards Russia – even if the Russian government had nothing to benefit from such a crash occurring. With Russia once already having been responsible for killing Polish citizens at this site, Big Media could inevitably infer, through a simplistic and superficial analysis, that it had done so again and that this is clearly what had happened.

But there are still further implications for such a ‘crime’: Seemingly now convinced that there has been a cover-up, the president’s brother, Jaroslaw Kaczynski, is forced to turn to the Brussels EU – his brother’s arch enemy – to ask for help through an official investigation. In such a situation, one could easily be forgiven for thinking that the puppet masters in the Brussels EU must be smiling triumphantly about the “solution” to their Polish problem. And of course, they can now have their official EU journals report about this ‘plot’, because they have just been appointed as international ‘judges’ – by none less than the brother of the victim himself.

One could say that it couldn’t have been written better in a John Le Carré novel.

Or is it the ‘curse of Katyn’ again?