Solution to the Puzzle of Human Cardiovascular Disease

Apoprotein(a) is an Adhesive Protein 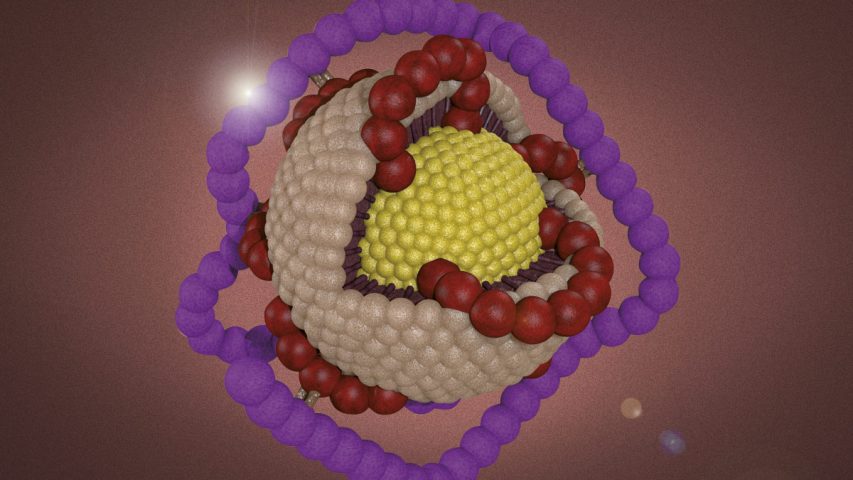 Apoprotein(a) [apo(a)] is a unique macromolecule that is synthesised at a high rate in man and other species that have lost their ability for endogenous ascorbate production (1). When associated with low-density lipoprotein (LDL) to form lipoprotein(a) [LP(a)] it becomes a primary risk factor for cardiovascular disease (CVD) (2). The conservation of such a potentially detrimental genetic feature during evolution deserves an explanation. Our discovery of the ascorbate-apo(a) connection marked a turning point in research directions. We proposed that apo(a) must have advantageous physiological properties that by far outweigh its disadvantages.

Subsequently we identified powerful beneficial properties of apo(a) in the defence against the proliferation of various diseases. These properties include the stabilisation of the extracellular matrix, the interaction with the coagulation system, antioxidative defence, and inhibition of plasmin-induced proteolysis. Ascorbate deficiency is the metabolic condition where these defence mechanisms are required. Moreover, we identified prolonged periods of ascorbate deficiency during evolution as the life-threatening conditions that lead to the high production of apo(a) in primates and man. The paramount importance of these discoveries for human health is discussed in the preceding paper (3).

Based on the conclusion that the beneficial properties of apo(a) must be greater than its role in the defence of disease proliferation, we now propose another, perhaps the most decisive, function, of apo(a). We propose that apo(a) can function as an adhesive protein. Moreover, we propose that apo(a) is critically involved in differentiation, morphogenesis, and possibly fertility and development of intelligence.

Properties such as organ morphogenesis, differentiation, and growth have recently been discovered to be associated with a number of proteins present in the extracellular matrix and the blood, such as fibronectin, collagen, laminin, vitronectin, osteopontin including also coagulation factors such as fibrinogen and von Willebrand factor. These ‘adhesive proteins’ contain a characteristic amino-acid sequence: arginine-glycine-aspartate (RGD), by means of which they interact with integrins, a family of cell surface receptors for adhesive proteins.(4,5)

Consequently we investigated the possibility that the apo(a) molecule contains such a sequence and can function as an adhesive protein. Sequence analysis of the apo(a) molecule revealed an arginine-glycine-aspartate (RGD) tripeptide sequence in the kringle-35 region. This finding confirms that apo(a) carries the decisive tripeptide sequence that characterises the family of adhesive proteins. Via the RGD sequence apo(a) can potentially interact with monocytes, thrombocytes, and other cells during pathophysiological defence processes as well as under physiological conditions. We concluded that the role of apo(a) as an adhesive protein would be further established if we could prove its production independently of apoB and the Lp(a) particle.

Detection of apo(a) in human sperm

When human sperm was analysed in our laboratory, both the seminal plasma and the cellular fraction were found to contain apo(a). We could not detect any apo B associated with this apo(a). The detection of apo(a) in human sperm is the proof that isolated apo(a) is actually produced and secreted into a body fluid independently of apoB and lipoprotein particles. Two years ago Richard Lawn and co-workers screened the organs of rhesus monkeys for their content of apo(a) mRNA. Beside in the liver, apo(a) mRNA was also found in the testes and the brain (6). Until now these observations have remained unexplained. The proposed function of apo(a) as an adhesive protein offers this explanation. After our discovery of apo(a) in the sperm it is likely that apo(a) will also be found in the cerebrospinal fluid. Both organs are largely separated from the bloodstream by blood-organ barriers. The detection of an autonomous production of apo(a) I these organs leads to important conclusions. The role of apo(a) in human metabolism is obviously so important that virtually no organ can afford to be cut off from the apo(a) supply. Moreover, those organs that are cut off from this apo(a) supply via the circulatory Lp(a) have maintained the ability for autonomous apo(a) production.

Lp(a), the transport form of the adhesive protein apo(a)

So far much interest in Lp(a) has derived from its association with lipoprotein metabolism, in particular its close relation to the LDL particle. On the basis of our recent discoveries and the role of apo(a) as an adhesive protein we conclude that this associations rather the means than the end. The Lp(a) lipoprotein particles secreted from the liver into the plasma are the transport form of apo(a). Via this backpacking mechanism apo(a) can be carried to almost all sites of the body under physiological and pathophysiological conditions. Goldstein and Brown suggested that apo(a) may target the LDL particle to the sites of wound-healing (7). We, however, propose in the light of the concept presented here that the apo(a) molecule rather than the LDL molecule is the more important partner in this metabolic co-operation. Thus the LDL particle is rather the means, i.e. a convenient transport vehicle, than the end, lipid substrate supply for tissue repair. A closer look on the amount of LDL and Lp(a) and their relation as part of the individual plasma confirms this concept: apo(a), not LDL, is the limiting partner. We do not, of course, exclude that the availability of lipid substrates at the site of tissue growth or repair may be an additional advantage for the combination of apo(a) with LDL.

The role of the adhesive protein apo(a) under physiological conditions

Elevated plasma Lp(a) concentrations have been detected in new-borns as well as during periods of increased growth.8 It is thus conceivable that the primary role of the adhesive protein apo(a) is during development and differentiation of the human body and its organs. Those organs unable to synthesize apo(a) are supplied via Lp(a) from the circulation. Those organs separated from the circulation by a blood-organ barrier would depend on their own production.

In this respect the ability of the brain to produce apo(a) deserves particular attention. It has been shown by in vitro studies with other adhesive proteins that the RGD tripeptide is critically involved in the differentiation and morphogenesis of the central and peripheral nervous system as well as the binding of oligodendrocytes to various components of the glial-derived matrix (9). It is therefore conceivable that the adhesive protein apo(a) is involved in the development and differentiation of the brain.

The role of the adhesive protein apo(a) under pathological conditions

The importance of apo(a) as an adhesive protein increases under pathological conditions and ascorbate deficiency. Apo(a) co-ordinates the interaction between cellular systems and the extracellular matrix during repair processes. Apo(a) is involved in tissue reformation during acute repair processes such as wound-healing and Lp(a) plasma levels are known to be elevated during the post operative phase.

Chronic repair processes are characteristic for all pathological states and they are sustained by chronic ascorbate deficiency. In this situation adhesive proteins play a particular role. They interact specifically with cellular systems such as monocytes, T cells as well as thrombocytes and thereby play a critical role in inflammatory, infectious, hemostatic and many other processes (4,5).

The adhesive protein apo(a), on the basis of its physiological properties, may play an important role in disease containment, tissue reorganisation and chronic repair processes in general. The elevation of Lp(a) plasma levels as established for cancer, cardiovascular, inflammatory and many other diseases is additional confirmation for this concept.

In this context it is noteworthy that apo(a) can interact with a variety of other adhesive proteins, such as fibrinogen, collagen, and fibronectin. The interaction of apo(a) with fibronectin is of particular interest.

Fibronectin is one of the best-characterised adhesive proteins. It is present in plasma and other body fluids, with a particularly high concentration in the seminal fluid. Fibronectin is involved in cellular migration during embryogenesis, morphogenesis, differentiation, and growth of many systems. In particular it has been shown to be involved in development and differentiation of the brain and the peripheral nervous system. Other functions comprise platelet aggregation, thrombus formation, and wound healing (5).

Apo(a) and fibronectin share common structural and functional properties. Both molecules consist of numerous repeated segments, including kringle structures, and possibly share common ancestral genes. Both apo(a) and fibronectin can bind to fibrin and collagen. A particularly well-characterised region is the cell-binding region of fibronectin, which contains an RGD sequence and is critically involved in the interaction of fibronectin with integrins and different cell systems.

It has been reported that apo(a) not only can bind to fibronectin but also cleaves this molecule. This observation has been interpreted as an indication for the pathogenic role of apo(a) (11). An alternative interpretation is presented here: the coexistence of apo(a) and fibronectin e.g. in plasma, the seminal fluid, and other body fluids in relatively high concentrations largely excludes a genuine hostile interaction of these two proteins.

It is rather likely that apo(a) and fibronectin share several common functions. This conclusion is supported by the fact that an increase in plasma fibronectin is found almost immediately at sites of wound healing and cell repair (12). Lp(a), however, in trauma patients reaches its maximum in plasma only after one week. Thus a replacement of the short-term adhesive protein fibronectin by apo(a), a long-term adhesive molecule with superior functions, is conceivable.

We propose that apo(a) is an adhesive protein. We provide several lines of evidence. The apo(a) molecule contains an RGD tripeptide sequence, a characteristic peptide sequence of adhesive proteins. Consequently, apo(a) is proposed to interact with integrin receptor systems on the surface of thrombocytes, monocytes, and other cells under physiological and pathophysiological conditions. Corroborating the role of apo(a) is the detection of apo(a) in human organs that do not have access to apo(a) supply via the Lp(a) particle in the circulation is a remarkable fact. It suggests that virtually all organs of the human body are critically dependent on apo(a) supply.

With our discovery of the ascorbate-apo(a) connection it became immediately evident that apo(a) exerts powerful beneficial properties in health and disease. With the recognition of apo(a) as an adhesive protein we continue to elucidate these properties. With confirmatory evidence for the role of apo(a) as an adhesive protein, the implications of this discovery may be far-reaching. We propose that apo(a) participates in a comprehensive coordinative way in the morphogenesis and differentiation of organs as well as in body growth. Moreover, the preferential production of apo(a) in primates and man and its autonomous production in those organs critical for intelligence and reproduction provide yet another clue: apo(a) may turn out to be an important piece of the metabolic mosaic towards evolution of man during the remarkably short time in which he became the dominant species on earth.

2. Rath M, Pauling L (1991): Solution to the puzzle of human cardiovascular disease: Its primary cause is ascorbate deficiency leading to the deposition of lipoprotein(a) and fibrinogen/fibrin in the vascular wall. Journal of Orthomolecular Medicine 6: 125-134.

9. Cardwell MC, Rome LH (1988): Evidence that an RGD-dependent receptor mediates the binding of oligodendrocytes to a novel ligand in a glial-derived matrix. Journal of Cell Biology 107: 1541-1549.