Lipoprotein (a) is a surrogate for ascorbate 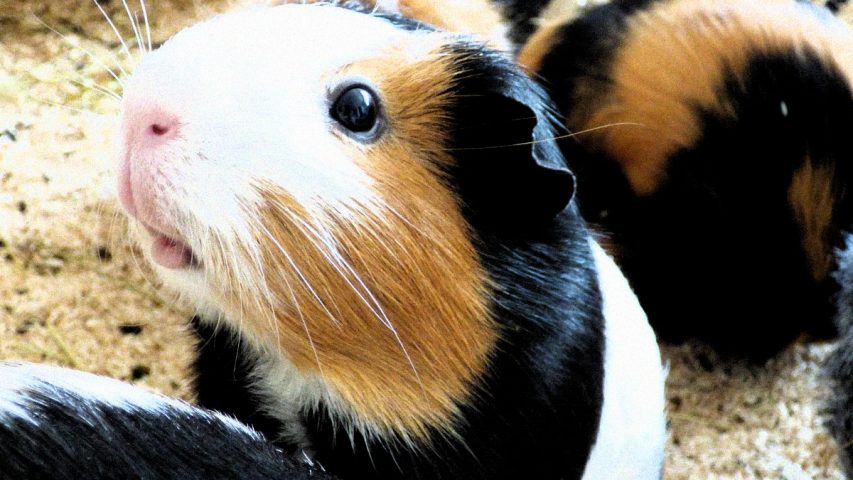 Lp(a) is a low density lipoprotein particle with an additional glycoprotein, named apoprotein(a) [apo(a)]. The c-DNA sequence of apo(a) shows a striking homology of apo(a) and plasminogen with multiple repeats of kringle, one kringle , and a protease domain. Lp(a) competitively inhibits the binding of plasminogen to immobilized fibrin, fibrinogen, and the plasminogen receptor on endothelial cells and it attenuates clot lysis induced by tissue-type plasminogen activator. Therefore Lp(a) was assumed to be the missing link between atherosclerosis and thrombosis. Lp(a) has been shown in various epidemiological studies to be positively associated with coronary heart disease and other forms of atherosclerosis. 5,6Furthermore, a significant positive correlation between Lp(a) concentrations in human plasma and arterial wall has been established SUP7and the development of atherosclerotic lesions correlates with the degree of Lp(a) deposition in the arterial wall. We observed that Lp(a) had primarily been found in the plasma of species that have lost the ability to synthesize ascorbate and we have consequently formulated the hypothesis that Lp(a) is a surrogate for ascorbate. 9 According to this hypothesis ascorbate and Lp(a) share common properties such as the promotion of cell repair and would be able to replace one another under physiological and pathophysiological conditions. Beside man and other primates, the guinea pig is known to have lost the ability to synthesize ascorbate. It was therefore of interest to look for Lp(a) in the plasma of the guinea pig. Earlier studies had shown that ascorbate deficiency induces atherosclerosis in the guinea pig.10,11 This is in contrast to most other species, where atherosclerosis must be induced by a high-fat diet or other atherogenic stimuli. It was therefore of particular interest whether Lp(a) would also be found in the atherosclerotic lesion of the hypoascorbemic guinea pig.

In a pilot experiment 3 female Hartley guinea pigs with an average weight of 800 g and an approximate age of 1 year were studied. All animals were treated in accordance with the National Institutes of Health Principles12and the Animal Welfare Act Regulations13for the utilization and care of vertebrate animals. The animals received ascorbate free guinea pig chow. In addition one animal received an extreme hypoascorbic diet with 2 mg ascorbate/kg body weight/d. Another animal received 4 mg/kg BW/d. The 3rd animal served as a control, receiving 40 mg ascorbate/kg BW/d. Blood was drawn from the anesthetized animals by heart puncture and collected into EDTA-containing tubes at the beginning, after 10 days, and after 3 weeks, when the animals were sacrificed. Plasma was stored at -80°C until analyzed. At necropsy the animals were anesthetized with metophane and were exsanguinated. Heart, aorta, and other organs were taken for further biochemical and histological analysis. The aorta was excised, the adventitia was carefully removed, and the vessel was opened longitudinally. Subsequently the aorta was placed on a dark metric paper and color slides were taken. The picture of the proximal part of the aorta including the aorta ascendens and the aortic arch was projected and thereby magnified by an approximate linear factor 10. The circumference and the lesion areas were marked and measured with a digitalized planimetry system (Sigma Scan, Jandell Scientific, Sausalito, California). The degree of atherosclerosis was expressed by the ratio of plaque area and compared to total area of the proximal aorta. To confirm the data from the pilot study we conducted a comprehensive guinea pig study which will be reported in detail separately. For the purpose outlined here 22 male animals with a mean weight of 550 g and an approximate age of 5 months were included. One group of 8 animals served as a control and received 40 mg ascorbate/kg BW/d (group A). To induce hypoascorbemia 8 animals were fed 2 mg ascorbate/kg/d (group B). The animals were sacrificed after 5 weeks as described above.

Determination of Lp(a) was performed by SDS-polyacrylamide gels according to Neville14 followed by Westernblotting.15 40 ml of guinea pig plasma and 20 mg (ww) of arterial wall homogenate were applied in delipidated form per lane of the gel. The immunodetection of apo(a) was performed using a polyclonal anti-human apo(a) antibody (Immuno, Vienna, Austria) followed by a rabbit anti-sheep antibody (Sigma, St. Louis) and then gold-conjugated goat anti-rabbit antibody with subsequent silver enhancement (Bio Rad, Richmond, California). In the same way a polyclonal anti-plasminogen antibody (Sigma, St. Louis) was used.

On the hypothesis that apo(a) is a surrogate for ascorbate, the blood of the guinea pigs was analyzed for its content of this protein. With use of SDS-PAGE and subsequent immunoblotting a distinct immunoreactivity for apo(a) was detected in the plasma of all animals. Figure 1 shows an immunoblot with an anti-apo(a) antibody. All guinea pig plasma samples showed an immunoreactivity with a commercially available antibody against apo(a). To exclude any cross-reactivity of the polyclonal anti-apo(a) antibody ,e.g. with apoB-100, the immunoblots of guinea pig plasma were also incubated with a polyclonal antibody against plasminogen. These control experiments showed the same immuno-reactivity pattern.

It has been known that ascorbate deficiency induces atherosclerosis in the guinea pig. It was therefore of interest to study the process of atherogenesis in this animal model and to further analyze the atherosclerotic plaque. One-year-old animals as well as animals approximately six months old were used as described in materials and methods. The animals receiving an adequate amount of ascorbate (group A) were essentially free of atherosclerotic lesions (Figure 2 A). By contrast, at both ages atherosclerotic lesions could be induced by feeding a diet low in ascorbate. The older animals showed a pronounced plaque formation that was most prominent in the aortic arch and the branching regions of the intercostal and abdominal arteries (Figure 2 B). In the six-month-old animals only early lesions could be found after five weeks of ascorbic-acid deficiency. The difference in plaque area of the proximal aorta between group A and group B was 25% for the period of 5 weeks.

Since immunological evidence for the presence of Lp(a) in the plasma of the guinea pig was obtained it was of interest to see whether this lipoprotein is also a constituent of the atherosclerotic lesion in this animal. Using SDS-PAGE followed by immunoblotting we were able to detect distinct immunoreactivity for apo(a) in the homogenate of the atherosclerotic lesion of the hypoascorbemic guinea pig (Figure 1, lane 11). Only a trace of immunoreactivity was found in the control animal (lane 12).

We have recently observed that Lp(a) is mainly found in the plasma of animals that have lost the ability to synthesize ascorbate. Consequently we postulated the presence of Lp(a) in the plasma of the guinea pig. A study confirmed our assumption and we were able to detect apo(a) in the plasma of this species. We therefore conclude that Lp(a) is a constituent of the lipoprotein pattern of the guinea pig. This observation substantiates our hypothesis that apo(a) is a surrogate for ascorbate; it does not, however, exclude the possibility of detection of apo(a) in some other species, which might endogenously synthesize ascorbate.

The guinea pig was used in this study also for its unique inducibility of atherosclerosis. We could confirm earlier reports that a significant reduction of dietary ascorbate is sufficient to cause atherosclerotic plaques in this animal model without any additional dietary modification or other stimuli. Since we concluded that Lp(a) is present in the plasma of the guinea pig it was of particular interest to determine whether this lipoprotein could be detected in the atherosclerotic plaque of this animal.

The crucial finding of this report is the immunological evidence for an accumulation of apo(a) in the atherosclerotic plaque of the hypoascorbemic guinea pig. In analogy to human atherosclerosis,7 we conclude that the lipoprotein particle Lp(a) accumulates in the atherosclerotic lesion and that Lp(a) contributes to plaque formation in this animal model. Because of the analogies between the guinea pig and the human system with respect to the lack of endogenous ascorbate supply as well as the role of Lp(a) in atherogenesis, the guinea pig should be an ideal animal model for future atherosclerosis research.

Our knowledge about the atherogenetic process in recent years has profited by an increased understanding of the role of cholesterol and lipid metabolism in general. Less attention has been paid to the extracellular matrix and particularly to the role of ascorbate in maintaining its integrity. It is of interest that already toward the end of the last century the German pathologist Rudolf Virchow described the early stage of atherosclerosis as a “certain loosening of the connective-tissue ground substance” followed by lipid infiltration.16 These observations have been supported in the meantime by electron-microscope studies.17 These observations and the data reported here may contribute to a more comprehensive understanding of human atherogenesis.

In this context it will be of particular interest to identify the underlying mechanism of the accumulation of Lp(a) in the arterial wall leading to plaque development. It is likely that ascorbate deficiency increases the infiltration of all lipoproteins into the arterial wall due to the disintegration of the endothelial cell lining and the impairment of the extracellular matrix at low ascorbate concentrations .11,18< In accordance with our hypothesis that apo(a) is a surrogate for ascorbate, Lp(a) accumulation in the arterial wall would be a consequence of the cellular and extracellular disintegration caused by a decrease of tissue ascorbate concentrations.

It seems likely therefore that ascorbate depletion leads to an increase in apo(a) synthesis and our preliminary data support this mechanism. As discussed earlier low ascorbate levels may enhance the selective accumulation of Lp(a) in the arterial wall by decreasing the ratio of hydroxylisine to lysine in different components of the arterial wall which in turn would enhance the binding of Lp(a). Further studies are also needed to determine the degree of lipidperoxidation and foam cell formation19,20 at low ascorbate concentrations. Independent of the potential pathomechanisms involved, the most important therapeutic finding of this study is the fact that appropriate amounts of ascorbate prevent the development of atherosclerotic plaques and the deposition of Lp(a) in the arterial wall. Since the atherogenicity of Lp(a) in humans is established beyond doubt by epidemiological, biochemical, and histological studies, our findings have significant implications for the future treatment of cardiovascular disease.