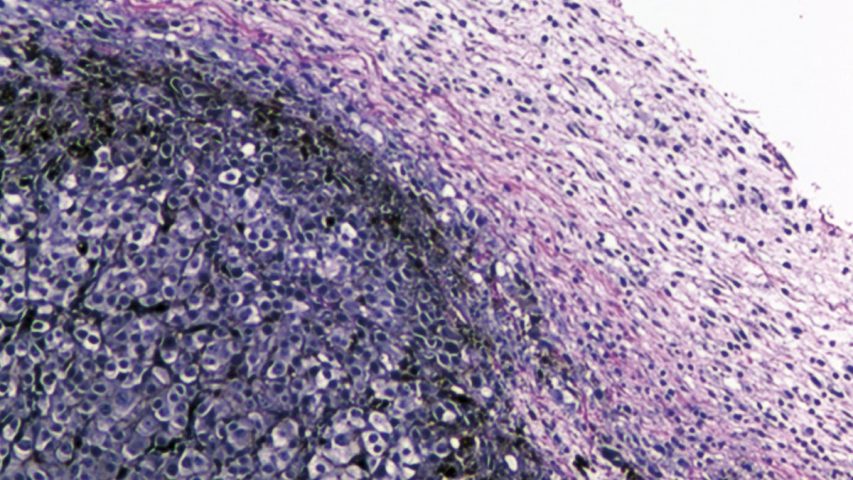 The term “connective tissue” is frequently used in association with skin or joint disorders. However, many people are not aware of how important it is in other chronic diseases such as heart disease and cancer.

Over 90% of cancer deaths are due to the extensive spread of cancer (metastasis). Cancer cells metastasize by breaking the connective tissue barrier that surrounds them. The strength and stability of connective tissue is dependent on an optimum production of collagen fibers and the prevention of uncontrolled tissue destruction. An abundant availability of several micronutrients, especially vitamin C and the amino acids lysine and proline, is essential for this function. Unlike most animals, humans are not capable of internal production of vitamin C. Moreover, humans share with most species the inability to produce the amino acid lysine. Yet, most cancer research is conducted on mouse models that do produce vitamin C. To overcome this barrier, our research institute utilized a special type of mice that mimic human metabolism in respect to the lack of internal vitamin C production.

We studied whether the presence or absence of vitamin C in the diet of these mice can affect the growth and spread of cancer1. The results showed that dietary supplementation with just vitamin C could significantly impair the growth of tumors, which were 64% smaller than those developed in mice not taking vitamin C. More importantly, tumors in vitamin C supplemented animals were surrounded by a strong border of collagen fibers (see the picture). This makes it more difficult for cancer cells to escape and spread into the tissue. In contrast, the collagen border was absent in tumors originating in the mice with a shortage of dietary vitamin C; consequently this allowed the cancer cells to move freely and spread. This impressive result removes any doubts about the critical role of vitamin C in cancer.

Even more, by combining vitamin C with other collagen supporting micronutrients, including lysine, proline and others, cancer metastases to the lungs, liver and kidneys could be curbed by about one third2. This confirms the enhanced efficacy of micronutrient synergy compared to the use of individual micronutrients.

More than 40 years after the “War on Cancer” was declared, cancer remains the second leading cause of death and there is no pharmaceutical solution in sight. With this background, our research brings a better understanding of the value of micronutrients in the defense against cancer and provides hope to millions of cancer patients.