Micronutrient Synergy: The Most Effective Approach to Health!

On the Way to the Natural Control of Colon Cancer

The Benefits of Micronutrient Synergy in Inflammation 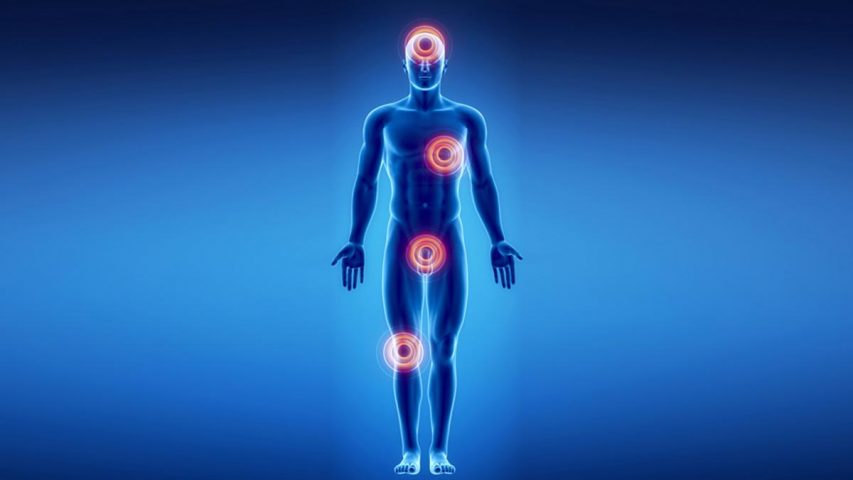 Inflammation is by far the most frequent health problem we face during our lives. It is associated with every infection that occurs in the body, such as the flu or lung infections. But inflammation is not confined solely to infections, it is also associated with common diseases like arteriosclerosis and cardiovascular disease, arthritis, as well as cancer processes. Moreover, inflammation is also the body’s response to primarily ‘external’ injuries such as sunburn, cuts, and even a twisted ankle.

The characteristic symptoms of all inflammations are redness, a feeling of heat, swelling, and pain. These symptoms are part of the healing process and generally subside after a short time. However, long-lasting chronic inflammation has detrimental effects on the body and has been associated with a wide variety of diseases such as heart disease, arthritis, asthma, diabetes, autoimmune diseases and cancer.

The inflammatory response has the potential to damage the body because it largely involves tissue breakdown, damaging tissue and invading pathogens, before rebuilding takes place. It is normally a tightly regulated system, because the body does not want it to get out of hand and damage healthy tissue. However, in situations of repeated injury and continuous exposure to the harmful stimuli, the inflammatory process becomes chronic and its regulation is difficult.

Conventional medicine aims only at the management of inflammatory symptoms by using steroids or painkillers, such as non-steroidal anti-inflammatory drugs (NSAIDs), without eliminating the cause of inflammation. These drugs are all associated with severe and sometimes life-threatening side effects, including gastrointestinal bleeding or fatal heart attacks.

Given this background, we investigated whether micronutrients acting in synergy can help in various stages of the inflammatory process. In particular we investigated the inflammatory process of the blood vessel walls, which is an important factor in the development of arteriosclerosis, the arterial plaque buildup that leads to heart attacks and strokes.

In our extended research we demonstrated that a specific micronutrient combination is effective in protecting the smooth muscle cells that build the arterial walls against damage caused by inflammation1. The micronutrient combination provided better cell protection against inflammation than a widely used NSAID painkiller, ibuprofen. Our research results were not confined to experiments with cells and tissues (in vitro) but were confirmed in living systems (in vivo). In test animals with experimentally-induced inflammation, the nutrient mixture could decrease production of the various inflammatory factors such as cytokines, interleukins and the tumor necrosis factor (TNF-alpha) by an average of 80-90%. In contrast, Ibuprofen was only able to suppress these markers by 20-30%2.

The nutrient mixture we developed also had another important effect: it could suppress COX-2, a specific pro-inflammatory enzyme, by 90%! This is particularly significant because ibuprofen is not effective against the COX-2 enzyme. Moreover, another drug heavily promoted by the pharmaceutical lobby as a COX-2 blocker, Vioxx, was recalled in 2004 for causing fatal heart attacks.

Since micronutrients are generally without side-effects, they can now be applied as effective and safe approaches to control the inflammatory process in the body and alleviate diseases associated with it.