The Benefits of Micronutrients in Childhood Sarcomas 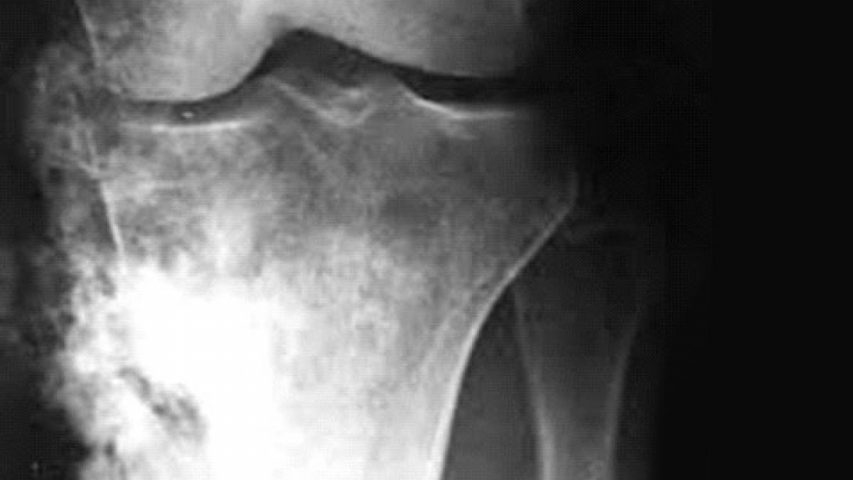 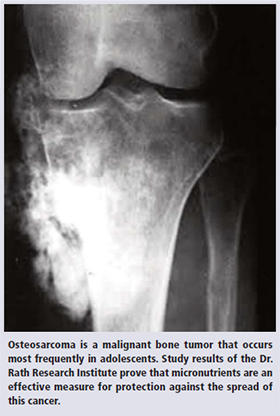 Sarcomas are cancers of connective tissue such as hard tissue (bones), soft tissue (muscles) and tendons. Although sarcomas are uncommon at any age, they are relatively frequent in children. Every year in the USA approximately 1500-1700 children and young people under the age of 20 are diagnosed with bone and soft tissue sarcomas. Sarcomas are one of the most life-threatening cancers in children, and survival ranges from 59%-68% depending on factors such as age, other risks (i.e., tumor location, gender, environment, genetics), prescription medications and other drugs, etc.

Since connective tissue is present everywhere in the body, the sarcomas can develop at any site. Yet, the most common sarcomas affecting children are rhabdomyosarcoma (“rhabdo”), osteosarcoma and Ewing’s sarcoma. Rhabdomyosarcomas occur in the muscles of the body that control movements such as those of the head, neck, arms, legs and trunk. More than 50% of rhabdomyosarcomas occur in children under 10 years, and younger children have a better cure rate than older children. When it has not spread into other areas (metastasis) rhabdo has a cure rate of 90%, otherwise this rate decreases to only 20%. Osteosarcoma develops in the bones in teens and young adults, most commonly in the growing ends of the bones near the knees and shoulders. When metastasized the survival rate is only about 15- 30%. Another common type of sarcomas affecting children and teens are Ewing’s tumors, which occur in the bones and nearby soft tissues, most commonly in the hip bones, ribs, shoulder blades and legs. Genetic diseases are the most common risk factors that may lead to sarcomas in children. Additionally, gender of the child and drug usage of the mother while pregnant may also increase the risk of developing childhood sarcomas.

Sometimes the diagnosis of childhood sarcomas is delayed due to presenting symptoms of pain in children, which is common with their physically active lifestyles. Thus, in many cases the cancer is already metastasized at the time of diagnosis and is therefore difficult to treat. The spread of cancer to the lungs, liver and other vital organs in the body is facilitated by high levels of collagen digesting enzymes – matrix metalloproteinases (MMPs), and urokinase plasminogen activators (uP-A). We studied the effect of a micronutrient combination (vitamin C, lysine, proline, green tea extract, and others) in osteosarcoma and rhabdomyosarcoma cell lines. The results indicated that the micronutrients were not only successful in inhibiting the secretion of MMPs and u-PA enzymes, but they also increased the inherent secretion of tissue inhibitors of MMPs (TIMPs) to further block the action of MMPs1. Another in vivo study supports these results and demonstrated that the micronutrients were able to inhibit the growth of osteosarcoma tumors in mice by 53%; the blood vessel formation to these tumors was also significantly decreased2.

Chemotherapy drugs for childhood sarcomas are not only devastating to the body, they also increase the chances of developing other cancers in the future. However, the micronutrient combination helps strengthen the connective tissue barrier to reduce the destructive action of MMPs3. Moreover, according to our studies, the combination is not harmful to vital organs such as the heart, liver and kidneys4.