The Benefits of Micronutrients in inducing Cancer Cell Death 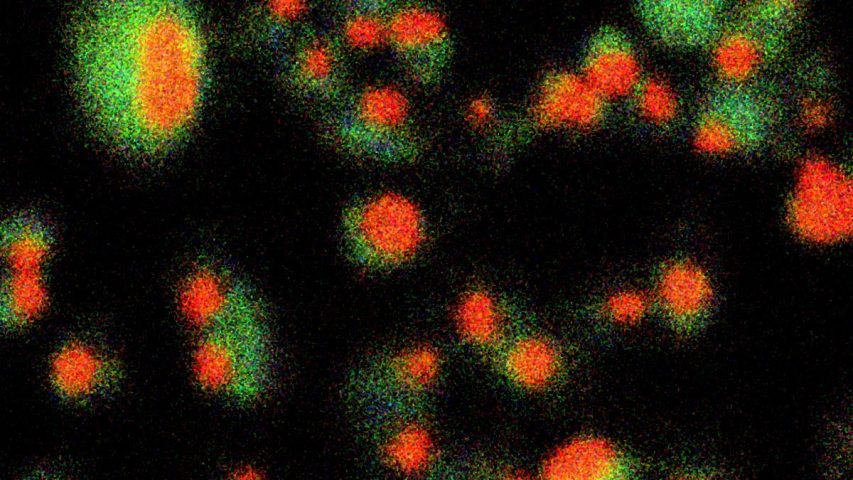 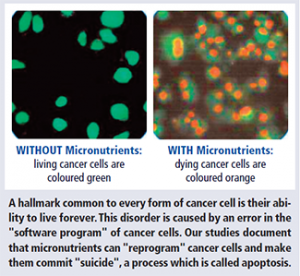 Apoptosis, also referred to as “programmed cell death” or “cell suicide,” originates from a combination of Greek words that can be loosely translated as “falling off.” Apoptosis is a physiological process essential for the development and function of the human body and other multicellular organisms. Millions of cells routinely die in the bone marrow and intestines every hour. It is estimated that approximately 50-70 billion cells die due to apoptosis every day in an average human adult.

The cellular life cycle (cell division and formation of new cells, their function, and eventual death) of the trillions of cells in our body is a tightly controlled process. Normally, cells “commit suicide” when they are no longer needed. Such suicide – or apoptosis – occurs by activating a specific program within the cells, leading to their destruction without damaging surrounding cells and tissues. Apoptosis is crucial during embryonic development and in growth of adult tissues, e.g., the process of separation of fingers and toes in a developing fetus. Menstruation – sloughing of the inner lining of the uterus – requires apoptosis. Our body routinely entrusts apoptosis to eliminate faulty white blood cells that could cause autoimmune diseases, or to eliminate abnormal cells which could lead to cancer or leukemias.

The development of abnormal cells into cancer is dependent on several factors, one of which is their ability to escape apoptosis. Cancer cells not only multiply uncontrollably, they successfully dodge this natural mechanism of death. Cancer cells hijack the cell machinery and stop apoptosis by blocking the activity of a particular gene – p53. This protector gene first stops the division of abnormal cells, and then initiates either their repair or destruction if the damage is severe. Normally, the p53 gene activates specific apoptotic proteins from the Bcl2 family and the Caspases enzymes that initiate and continue the process of apoptosis. The malfunctioning of the p53 gene results in rapidly growing and aggressive cancers. Restoration of the normal process of apoptosis is one of the avenues being explored for anticancer treatments. Several drugs, including Aspirin and other non-steroidal-anti-inflammatory-drugs (NSAIDs), are being researched in cancer cells for their usage as apoptosis inducers.

We explored the potential of micronutrients in inducing apoptosis in different cancer cell lines. Cancer cells are typically immortal, but our results show that a specific micronutrient combination is capable of triggering metabolic and genetic changes that kill cancer cells by inducing their natural cell death cycle. We observed that apoptosis was induced in leukemia cells by increasing the activity and levels of the p53 gene and another pro-apoptotic protein (Bax protein), as well as simultaneously decreasing the action of anti-apoptosis proteins (Bcl-2 alpha)¹. In another study, we observed that apoptosis increased with increasing doses of micronutrients².

The pharmaceutical drugs with similar pro-apoptotic action act indiscriminately, inducing apoptosis in cancer cells and healthy cells alike. These drugs can cause brutal side effects including drug-resistance and fatal liver failure. To assess the safety of the micronutrient combination we also tested it on normal cells. The normal cells did not show increased apoptosis, proving the cancer cell-selective action of micronutrients³.

Although apoptosis is vital for destroying abnormal cells it is also important in maintaining optimum health, thus requiring a precise balance between cell formation and destruction. Based on our research, the micronutrient combination is a safe and effective way to achieve this balance.