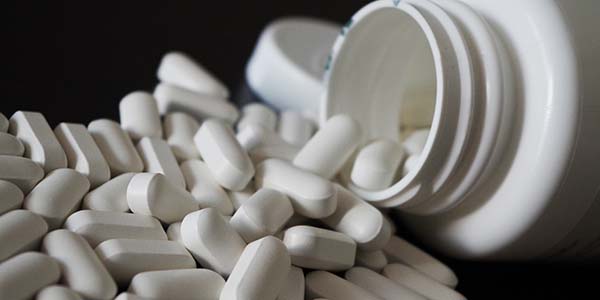 A study published in the British Medical Journal has found that the commonly used painkiller diclofenac, a so-called nonsteroidal anti-inflammatory drug (NSAID), is associated with an increased risk of major cardiovascular events such as heart attack and stroke.

The heart risks of NSAIDs and related painkillers are already well-known. For example, Merck’s Vioxx drug, a so-called COX-2 inhibitor, was withdrawn in 2004 after it was found to increase the risk of serious cardiovascular problems, including heart attacks and strokes. At one time Merck’s second-highest selling drug, it is estimated that Vioxx may have caused around 140,000 heart attacks and 60,000 deaths in the United States alone. Further demonstrating the dangers of NSAIDs, research published in 2017 suggests that taking ibuprofen for as a little as one week is linked to an increased risk of having a heart attack.

Even painkillers such as aspirin are not nearly as safe as they are claimed to be. Often misleadingly referred to as a ‘miracle drug’, aspirin is known to be linked to a higher risk of skin cancer. Recent research also shows that patients taking aspirin have a far higher risk of major bleeding episodes and death than originally thought.

Similarly, a scientific review published in 2015 looked at the risks of taking acetaminophen (paracetamol) on a long-term basis and found that its dangers are seemingly being underestimated even by clinicians. Contrary to the general impression given by the pharma industry and its stakeholders that acetaminophen is a safe ‘cure-all’ drug, the researchers discovered that long term use of it raises the risk of heart attacks, strokes, high blood pressure, renal failure, gastrointestinal bleeding, and an early death.

Painkillers such as acetaminophen are especially dangerous during pregnancy and have recently been found to cause harmful sex hormone abnormalities, thus posing dangers to the unborn child. A study published in 2016 also found that taking this painkiller during pregnancy or administering it to babies during infancy is associated with the child developing asthma a few years later.

Ultimately, the fact is that painkillers only treat the symptoms of disease. To learn about the primary cause of today’s most common chronic diseases, visit the Cellular Medicine section of our website.