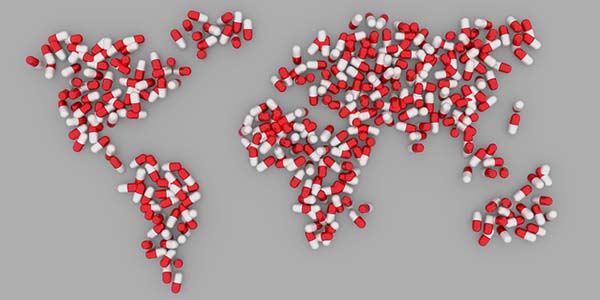 WASHINGTON — Drug companies usually get what they want in public-policy battles on Capitol Hill, but a move by the pharmaceutical industry to grab $4 billion from the federal Treasury in a bill that is supposed to address the nation’s deadly opioid epidemic is meeting fierce resistance.

Ultimately, however, after more than a century of dominance over the healthcare systems on our planet, evidence suggests we may soon be witnessing the beginning of the end of the trillion-dollar-a-year pharmaceutical investment industry. In articles written in November 2017 and May 2018, Dr. Kelvin Stott, Director of Portfolio Management at the Novartis drug company in Basel, Switzerland, asserted that the entire pharmaceutical industry is now “on the brink of terminal decline.” Describing how research and development (R&D) returns in drug development now stand at just 3.2 percent and could potentially reach zero by the year 2020, Stott stated that the pharma business model is “broken,” adding that it is “entering a vicious cycle of negative growth and terminal decline as its fundamental business model has run out of steam.” He concluded that the industry “will not be around forever” and that it must “adapt or die.”

Stott’s prediction suggests that by 2020 each dollar spent on R&D by drug companies will merely result in an income of a dollar. In other words, the pharma industry would no longer be profitable. Interestingly, therefore, according to business website Forbes, Stott’s data “correlates with the observation of virtually every serious researcher who has looked at the industry.” You can read more about Stott’s thought-provoking analysis in this article on our website.