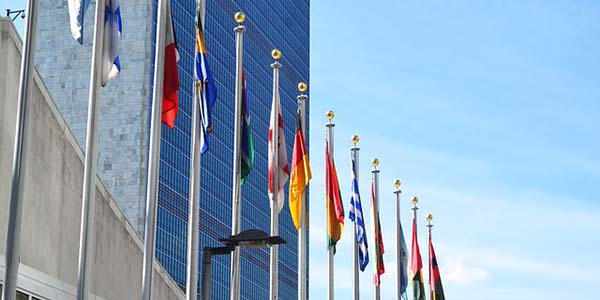 A new report has found that most countries are falling short of United Nations targets to cut premature deaths from chronic diseases such as cardiovascular disease, diabetes, and cancer.

Despite its many grand pronouncements on the subject of health, the United Nations continues to ignore the primary cause of chronic diseases. As a result, many millions of people have died who could otherwise have gone on to live longer, healthier lives. Were the United Nations finally to recognize Dr. Rath’s discovery that the fundamental trigger for chronic diseases such as cardiovascular disease and cancer is a long-term deficiency of micronutrients, the needless deaths of countless more millions of people worldwide could easily be prevented.

In reality, of course, the demise of the United Nations’ role as a trustworthy servant to the people of the world took place fourteen years ago, in April 2004, when it retrospectively approved the murderous Iraq War. The millions of dollars given by the pharmaceutical industry to the World Health Organization, the official health agency of the United Nations, only further illustrate where the loyalties of this global body really lie.

Changing this situation depends on the people of the world becoming active and working together towards replacing our current drug-based, disease-focused healthcare systems with natural preventive approaches that use nutritional and Cellular Medicine therapies.

To learn about our Foundation’s vision of making natural preventive healthcare approaches a human right, see the speech given by Dr. Rath in Barletta, Italy, in October 2014.