Micronutrients Are Needed For A Healthy Skeletal System

Examples Of Historic Transformations: Parallels To Learn From 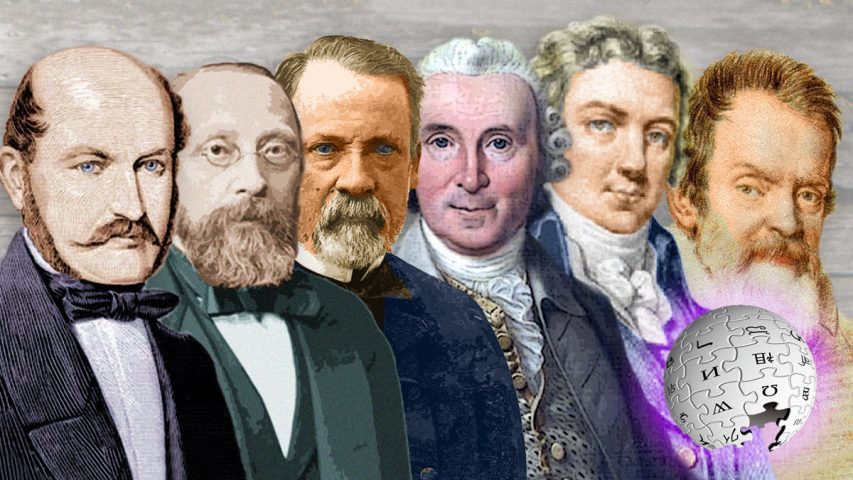 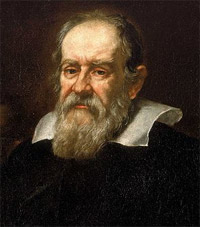 It was clear that if this model of the universe were to be proven wrong, much of the power and control exerted by the Roman Church over the people of the earth at that time would evaporate.

Thus, at the beginning of the 17th century, the controversy between the geocentric universe – with the earth at its center – and the heliocentric universe – with the sun at its center – also marked one of the most important battles at that time. The outcome of this battle would essentially determine who would rule the world for the next centuries.

On one site of this battle was the status quo, the Roman Church, which wanted to preserve its medieval privileges. On the other side was a growing group of scientists who rejected the dogmas and were committed to scientific evidence. They had left the medieval constraints of thought and had become pioneers of a new time.

Following the initial work on the heliocentric system by the Polish Astronomer Nicolai Copernicus and German astronomer Johannes Kepler, the Italian physicist Galileo Galilei decided to publicly speak out in favor of this new system of the world. The discovery of the telescope greatly helped him to gather the scientific proof for this new truth.

The first publication of Galileo’s telescope observations of the planets in 1610 was followed by years of public controversy and attacks on him. So numerous were his opponents that he gave up dealing with them individually. So bizarre were the arguments of his adversaries – trying to justify the geocentric universe with ever more absurd trajectory paths of the planets – that he collectively named them the ‘Pigeon League’.

The status quo, the Roman Church, reacted fiercely against Galileo’s writings as they endangered its religious power – and, as a result, its political and economic power – over this planet. In 1616, therefore, the Roman Church determined the heliocentric model of the universe to be ‘heretic’.

After the publication of his principal work, “Dialogue Concerning the Two Chief World Systems”, Galileo was called in front of the Roman Inquisition and tried for ‘heresy’ in 1633. He was found “vehemently suspect of heresy”, for stating that:

the Sun lies motionless at the center of the universe, that the Earth is not at its center and moves, and that one may hold and defend an opinion as probable after it has been declared contrary to Holy Scripture.

Galileo was ordered to “abjure, curse and detest” those opinions and his books and teachings were banned – including even those he might write in the future. In order to reinforce this verdict, the Roman Inquisition put Galileo under house arrest for the rest of his life.

It took the Catholic Church almost 400 years before it acknowledged its error. In 1992, Pope John Paul II officially acknowledged Galileo’s scientific contribution and the validity of the “new truth”, the heliocentric universe.

In the case of Galileo, too, therefore, the words of the philosopher Arthur Schopenhauer were proven to be correct:

All truth passes through three stages. First, it is ridiculed. Second, it is violently opposed. Third, it is accepted as being self-evident. 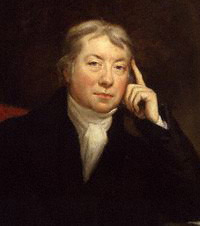 The First Vaccination – And the Battle for Its Acceptance

Edward Jenner (1749 – 1823) was a British physician and scientist. He was the first to develop a theory about vaccination and to successfully test it against smallpox using pus found in cowpox blisters.

This was in 1796. Jenner immediately reported his findings to the Royal Society in London. But this club, representing the status quo in medicine and sciences at that time, refused his work.

By 1802, the debate about the new vaccination was in full swing. An ‘Anti-Vaccination Society’ had been founded, which frontally attacked Jenner and his new method of using cowpox to prevent smallpox in humans. The illustration below, from the same year, shows cows growing out of the bodies and limbs of people. 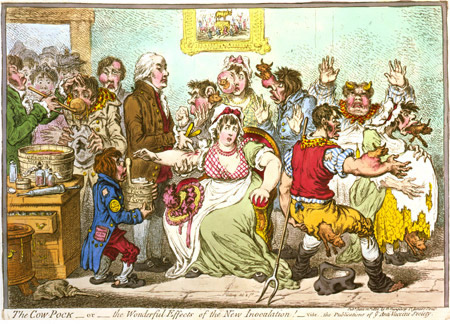 But Jenner knew he was right and continued, despite the ongoing attacks by the agents of the medical status quo. In 1840, based on Jenner’s pioneering work, a ‘Vaccination Act’ offered vaccination for everybody in Britain free of charge.

Then and now, the lobbyists and media scribes of the status quo who attack medical progress share a huge responsibility. Tens of thousands, perhaps millions, of people die in one year while a medical advance is delayed or obstructed by false media reports.

The very same is true today regarding the breakthrough of natural health in the fight against cancer and other diseases. 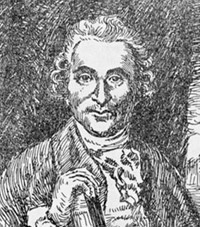 James Lind (1716-1794) was a Scottish physician. He is known today for his studies on the causes and remedies of the sailor’s disease scurvy.

Dr. Lind entered the navy in 1739 and, in 1747, became surgeon on a ship in the Bay of Biscay. It was there that he proved the health benefits of citrus fruits in scurvy. In a well-designed experiment, he treated six different groups of sailors with different dietary additions, including vinegar, saltwater and spices. But only the group of scurvy patients who received oranges and lemons recovered.

In 1753 he summarized his findings in a book, ‘A treatise of the scurvy’. This book, however, was virtually ignored and Dr. Lind’s simple recommendations to save the lives of sailors were neglected.

Amazingly, it took another 40 years before Dr. Lind’s recommendations were finally adopted by the British admiralty and lemon juice and limes were distributed to every sailor.

Imagine how many thousands of sailors had to die for one simple reason: the resistance of the status quo to new discoveries and the obstructive power of old dogmas.

Scurvy affected the lives of thousands of sailors at that time. Today, cancer is killing 7.5 million people every year. The scope of the cancer epidemic today is by an order of magnitude bigger than that of scurvy – and so is the responsibility of those who now block the possible control of cancer by widespread use of micronutrients.

Why epidemics are no longer a curse from heaven

Until the middle of the 19th century, epidemics such as plague, cholera and smallpox were believed to be the result of curses from heaven. The sudden onset of these diseases, coupled with the lack of access to microscopes with which to study their real origins, had kept this medieval belief flourishing since the beginning of mankind.

However, one hundred and fifty years ago, everything changed. Using a microscope, French chemist Louis Pasteur was able to discover that the real causes of epidemics were bacteria and other microorganisms. Moreover, not only did Pasteur discover the virus that caused one of the most devastating diseases of his time – rabies – he also developed the first vaccination therapy against it.

But was Pasteur’s groundbreaking discovery immediately welcomed and acclaimed by the scientific community? No, of course not. Instead, his scientific colleagues and the French medical academy vigorously defended the old dogmas and attacked him on the grounds that he was not a physician, but merely a chemist. Nevertheless, despite being ridiculed by the medical establishment and vilified in public, Pasteur refused to give in.

In all, it took more than twenty-five years for Pasteur to overcome the outdated dogma and fierce resistance of the status quo. The turning point came on July 6, 1885, when he vaccinated a young boy, nine-year-old Joe Meister, who had contracted rabies. Without Pasteur’s intervention, the boy would almost certainly have died.

But the scientific community’s delay in acting upon Pasteur’s discovery had been extremely costly to mankind. On a global scale, hundreds of thousands of lives could have been saved if his findings had been accepted rather than being bitterly and irrationally opposed.

Ultimately, Pasteur’s work paved the way to the discovery of other infectious germs such as tuberculosis, cholera, diphtheria and tetanus. More importantly, it enabled the development of vaccines and, later, antibiotics.

When Pasteur died in 1895, he was rightly honoured as a hero for his important contributions to mankind.

How we learned where diseases come from

In addition to revealing how epidemics were caused by bacteria and other microorganisms, the advent of the microscope also brought breakthroughs in other areas of medicine.

For example, with the aid of a microscope, German physician Rudolf Virchow was able to discover that the human body is made up of billions of cells. As a result, he learned that diseases do not just “happen” but are the result of malfunctioning cells.

Virchow’s ideas and approach to medicine were a radical departure from the prevailing view of the scientific orthodoxy at that time, which essentially held that disease originated in tissues or organs. Notably, therefore, Virchow’s reading of his paper on “Inflammation of the Veins” at the occasion of the fiftieth anniversary of the foundation of the Academy of Military Surgeons in Berlin, on August 2, 1845, resulted in general indignation and the director of the Obstetrical Clinic famously exclaiming, “Well, well, did you hear that? He tells us that we know nothing at all.” By disagreeing with the scientific status quo, Virchow seemed to almost everyone present to be committing heresy.

Despite the opposition he came up against from within professional circles and in the scientific press, Virchow remained undiscouraged and fought back vigorously. Possessed of a strong personality and armed with a keen sense of logic, he was more than a match for his detractors.

In 1858, Virchow published his landmark work entitled “Cellular Pathology,” which explained for the first time that diseases originate at the level of cells. Another 130 years or so later, this understanding enabled Dr. Rath to identify a lack of vitamins and other essential carriers of cellular bioenergy as the most frequent cause of cellular malfunction.

A man of great ability, originality, wide knowledge and many-sided human interests, Virchow became known as a pioneer in pathology, epidemiologist, sanitarian, teacher, editor, and social reformer. Most importantly of all, however, his principles of cellular pathology continue to form the basis of pathology lessons conducted in medical schools throughout the world to this very day.

How we learned the importance of good hygiene

Until Ignaz Semmelweis discovered, in 1847, that puerperal or ‘childbed’ fever was the result of doctors not washing their hands when they left the pathology lab to go to the maternity ward, hospitals had a high rate of mortality from this condition.

Nowadays, of course, good hygiene is standard practice in hospitals. Wards are invariably supplied with antiseptic hand gel for both medical staff and visitors alike, and surgeons routinely ‘scrub up’ before carrying out operations.

In the nineteenth century, however, things were very different. Not only did surgeons not scrub up before surgery, they didn’t even wash their hands before moving from one patient to another. Similarly, doctors and medical students moved straight from dissecting corpses to examining women who had just given birth – thus, as a consequence of not washing their hands, causing death by puerperal fever in the new mothers.

Notably, however, even after Semmelweis had made his revolutionary finding about the importance of good hygienic practices – dramatically reducing the mortality rate from puerperal fever in his hospital to around 1% – the medical profession remained indifferent to his discovery and he became subject to a growing tide of criticism and cynical attacks on his credibility. Even the publishing of his milestone work, “The Etiology, Concept, and Prophylaxis of Childbed Fever,” in 1861, did not silence his opponents and he continued to be largely ignored, rejected and even ridiculed.

Sadly, long before his discovery was finally implemented into standard medical practice in the late nineteenth century, Semmelweis had died in oblivion following his being committed to an insane asylum and severely beaten by its staff. The extensive internal injuries he suffered as a result of these beatings were almost certainly the cause of his untimely death. Had his advice about good hygiene been acted upon earlier, of course, many thousands of patients’ deaths could have been avoided. 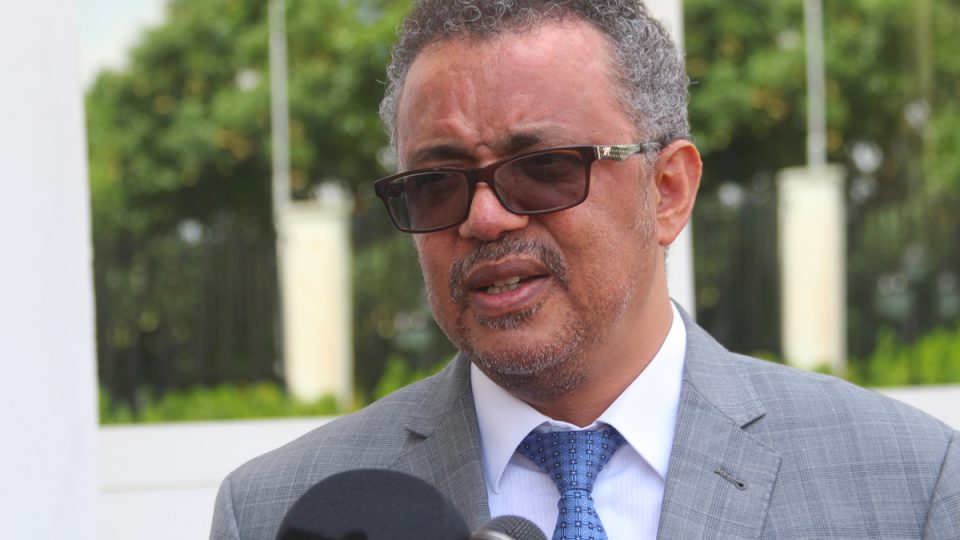