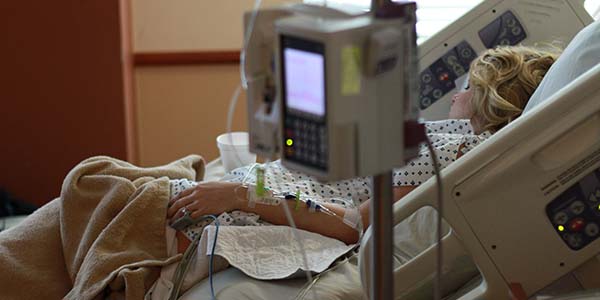 A new study from researchers at the University of California, Los Angeles confirms that chemotherapy and radiation treatments for cancer can cause cognitive impairment.

Patients who have undergone chemotherapy and radiotherapy treatments for cancer frequently report experiencing problems with memory, concentration, and mood changes. Often referred to as ‘chemo brain’, such symptoms have in the past sometimes been dismissed by doctors as supposedly being caused by the disease itself. Increasingly, however, research is now proving them to be a direct result of the toxic cancer treatments themselves.

In the case of chemotherapy, the toxicity arises because the treatment affects not just cancer cells but all the body’s organs and cell systems. As such, for most patients, each cycle of the poisonous drugs results in severe pain and a multitude of additional health problems. In order to help them cope with this treatment, still more drugs are prescribed. However, these inevitably cause further side effects and additional misery. Despite there being no significant benefit to any of this, in many cancer patients chemotherapy continues to be administered almost right up to the point of death.

Just as bad is the fact that the chemicals used in chemotherapy are so toxic, they are still dangerous to other people even after they have been excreted by the patient in the form of sweat, urine, stool, tears, semen, or vaginal fluid. The people at particular risk from such contamination include family members, caregivers, and literally anyone touching a chemotherapy patient.

To learn about Dr. Rath’s decisive breakthrough towards the natural prevention, control and ultimately elimination of cancer, read Victory Over Cancer, the groundbreaking book he has authored with Dr. Aleksandra Niedzwiecki.