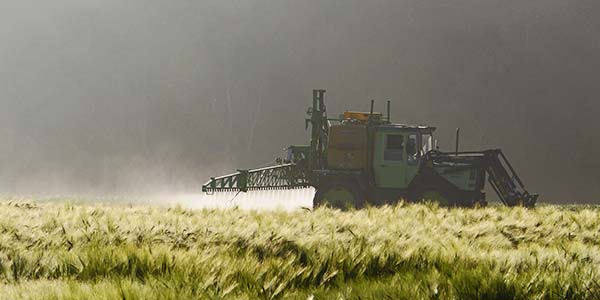 A Freedom of Information Act survey has found that 90 percent of UK councils are still using glyphosate on their parks and sports fields. A powerful weed killer, the chemical has been cited by the World Health Organization’s International Agency for Research on Cancer as being “probably carcinogenic to humans”.

Commonly known by its original trade name Roundup, glyphosate is the world’s most widely used weed killer. Manufactured by Monsanto, a study published in 2017 suggests that levels of it have increased markedly in the human population over the past two decades. This is reflected in research showing the chemical can now be found in nearly every food commonly sold and consumed in the United States.

With awareness growing of the dangers posed by glyphosate to human health, Monsanto was recently ordered by a Californian court to pay $289 million in damages to a former school groundskeeper who said working with herbicides containing glyphosate had caused him to develop terminal cancer. Significantly, therefore, although a judge has since reduced the damages to $78 million, at least 4,000 similar lawsuits are now said to be lined up in the United States.

Given how widespread it is in the environment and food supply, it is clearly difficult to avoid glyphosate completely. Mindful of this, a study conducted by scientists at the Dr. Rath Research Institute has evaluated its effects on cell viability and examined whether there are ways to protect against the harm it causes. While the results conﬁrm the extreme cellular toxicity of the chemical, they also show that speciﬁc micronutrients used in specific combinations and dosages can provide protective eﬀects against it. You can read about this important study in this article on the Online Journal of Cellular Medicine and Natural Health website.