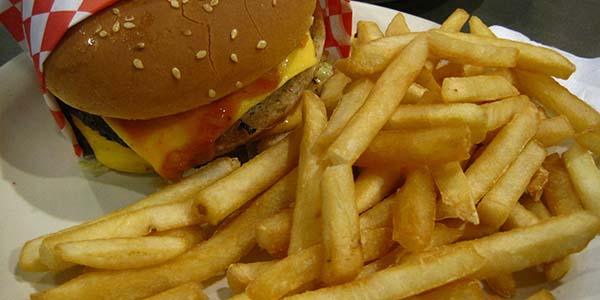 A diet of fast food, cakes and processed meat increases your risk of depression, say researchers at Manchester Metropolitan University in the UK.

A leading cause of ill health and disability, the World Health Organization estimates that more than 300 million people worldwide are now living with depression. Between 2005 and 2015, the number of people suffering from the condition increased by more than 18 percent.

As junk foods are invariably low in essential micronutrients, the first step for anyone diagnosed with depressive disorders should be to ensure they are eating a healthy diet that is rich in vitamins, minerals, and essential fatty acids. Illustrating the benefits of such diets, numerous studies now show that micronutrients are effective in helping to combat depression.

A meta-analysis published in 2016 looked at 13 studies involving 1,233 participants and found that supplementation with omega-3 fatty acids can help reduce symptoms of even major depressive disorder.

To read about research showing how a vitamin-rich Mediterranean-style diet may help prevent depression, read this article on our website.