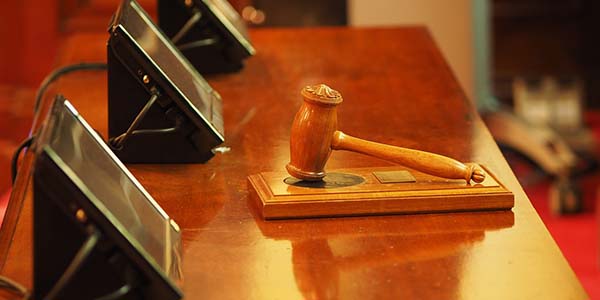 Bayer is facing a second U.S. jury over allegations that its glyphosate-based weed killer Roundup causes cancer. The trial follows only six months after the company’s share price was rocked by a $289 million verdict in California state court.

In August last year, in the first case of its kind, chemical giant Monsanto was ordered to pay $289m in damages to a former school groundsman who said working with Roundup, a glyphosate-based weed killer manufactured by Monsanto, had caused him to develop non-Hodgkin’s lymphoma, a form of cancer. While the damages were later reduced to $78 million on a legal technicality, Monsanto was subsequently hit with a further 8,000 lawsuits from other patients who similarly say the chemical caused them to develop cancer.

Monsanto has since been purchased by Bayer in a $63 billion deal. This latest trial involves a Californian man, Edwin Hardeman, who alleges exposure to Roundup caused him to develop non-Hodgkin’s lymphoma. Bayer, like Monsanto, denies that Roundup or glyphosate causes cancer and claims the toxic chemical is safe.

With glyphosate having been found in nearly every food commonly sold and consumed in the United States, and levels in humans having markedly increased over the past two decades, we should all take steps to protect ourselves from it. Significantly, therefore, a study conducted by scientists at the Dr. Rath Research Institute has evaluated the eﬀects of glyphosate on cell viability and examined whether there are ways to protect against the harm it causes. While the results conﬁrmed the extreme cellular toxicity of the chemical, they also showed that speciﬁc micronutrients applied in proper combinations and dosages can provide some protective eﬀects. You can read about this important study in this article on the Journal of Cellular Medicine and Natural Health website.