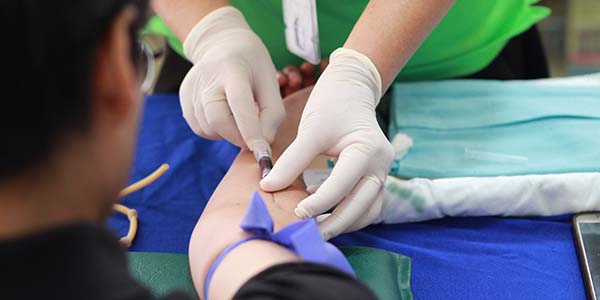 Hundreds of people admitted to two hospitals in the West Yorkshire region of the UK have been found to be deficient in vitamin D.

Vitamin D deficiency is now a serious global health problem. Even in Australia, a country where people typically enjoy an outdoor lifestyle with plentiful sunshine, deficiency is said to have reached crisis levels. In the United States and Canada, the problem is also widespread. In Europe, blood levels of vitamin D have been shown to be low in 50 to 70 percent of the population, Pregnant Arab women have an “extraordinarily high prevalence” of deficiency, with India also home to a growing epidemic of it.

At least in part, the growing incidence of vitamin D deficiency is due to the overuse of sunscreen, which prevents sufficient vitamin D from being produced naturally in the body when skin is exposed to sunlight.

Studies show that vitamin D deficiency can have serious health consequences. In recent years, for example, a lack of vitamin D has been found to increase the risk of multiple sclerosis, diabetes, miscarriage, and depression. Other research suggests it is similarly associated with cardiovascular disease, cancer, menopausal problems, and urogenital disorders.

However, we should not be fooled into thinking that deficiencies of other micronutrients are rare. To the contrary, and as Dr. Rath’s groundbreaking Cellular Medicine concept explains, deficiencies of vitamins, minerals, amino acids, and other essential micronutrients are not only commonplace, they are the primary cause of today’s most common chronic diseases. Based on pioneering work conducted at the Dr. Rath Research Institute, this knowledge has given rise to the revolutionary discovery that specific combinations of micronutrients can be used for the prevention and control of diseases.