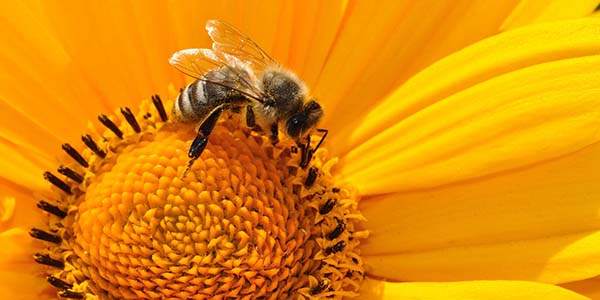 Scientists are urging improved regulation on pesticides after finding that the chemicals affect genes in bumblebees.

The evidence is now incontrovertible that pesticides are damaging both human health and the environment. Despite this, for many years now government regulators around the world have been blatantly ignoring their detrimental effects. In some countries, such as France, pesticides have led to the loss of dozens of species of birds due to the insects they feed on having disappeared.

Regulators in Europe have tried to claim that more than 97 percent of foods they examined have chemical residues within the amounts permitted by European legislation. Attempting to mislead the public that the insect-killing poisons sprayed on their foods are supposedly safe for human consumption, they completely ignore the toxic amplifying effects that combinations of pesticides can have when present together. Research from Denmark has shown that even small doses of pesticides can amplify each other’s negative effects when present in combinations.

In the United States, glyphosate, a widely used weed killer that has been linked to cancer, has now been found in nearly every common food consumed there. Levels of glyphosate in the bodies of U.S. citizens are well known to have markedly increased over the past couple of decades.

Clearly, the finding that pesticides are affecting the genes of bees provides an urgent reminder of the need for toxic agricultural chemicals to be ditched in favor of natural farming approaches.