Organic Movement Has Allowed Big Food Too Much Influence 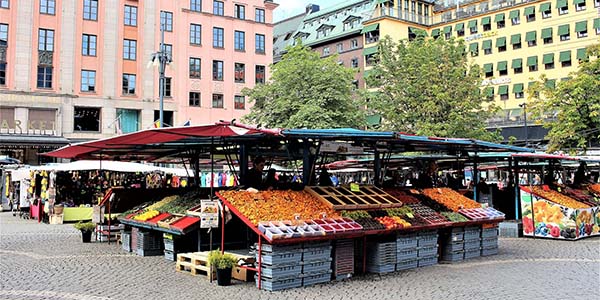 A group of organic farmers say the organic movement has ceded too much power to the big food multinationals, who are now trying to dilute its core values to make organic fit the free-market business model.

The key global forum at which the multinational food industry has been trying to dilute core values of the organic movement is the Codex Alimentarius Commission (Codex). Established in 1963, the main functions of Codex involve drafting global standards, guidelines and other related texts for foods, including food supplements. The World Trade Organization (WTO) uses the texts produced by Codex in its adjudication of international trade disputes involving foods.

For some years now, Codex has been watering down global organic standards to permit the use of substances such as sulphur dioxide, which can cause allergic reactions in some people; and carrageenan, for which there is evidence that it is associated with the formation of ulcers in the intestines and cancerous tumors in the gut. Worse still, however, Codex now allows kiwifruit and bananas to be labeled as organic even when they have been artificially ripened through the use of ethylene.

On a deeper level, however, organic foods promote better health than non-organic foods, by virtue of the fact that they contain higher levels of micronutrients. In addition, of course, organic foods don’t contain pesticides, residues of veterinary drugs or genetically modified (GM) organisms either. Bearing in mind therefore that good health is not in the interests of the ‘business with disease’, this ultimately makes the increasing demand for organic foods a threat to the pharmaceutical and chemical industries. This is not only because organic foods promote good health, but also because they result in a lower demand for pesticides, veterinary drugs and GM foods.

To learn more about the activities of the Codex Alimentarius Commission, read the special feature article on our website: CODEX: What is it and how does it affect you and your health?