Demands For Prominent Warnings To Be Added To Powerful Asthma Drug 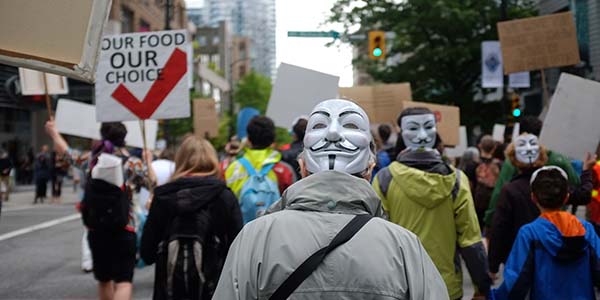 Protesters recently gathered across France and in over 30 cities worldwide to march against the activities of Bayer-Monsanto and other agrochemical giants.

In recent years, ‘March Against Monsanto’ has become a trans-global movement. Its 2018 event involved hundreds of thousands of concerned citizens marching in hundreds of cities on six continents. Since the sale of Monsanto to Bayer in 2018, the company’s shareholders will no doubt have been hoping that the controversies surrounding it would disappear. If anything, however, far from disappearing, they have actually increased.

Earlier this month Bayer was ordered to pay more $2 billion to a couple who developed cancer after using Roundup, a glyphosate-based weedkiller. Bayer became liable for the damages after it bought Monsanto, the weedkiller’s manufacturer. This was the third time that Bayer has been ordered to pay damages over Roundup, and the highest amount yet awarded.

With a further 13,400 Roundup-related lawsuits now outstanding against Bayer/Monsanto in state and federal courts in the United States, the company’s future has been thrown into serious doubt.

To learn why this situation could potentially lead to desperate acts, read this article on our website.