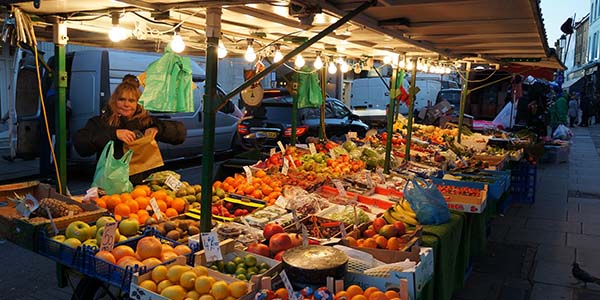 A new study has found that the UK’s intake of key vitamins and minerals has plummeted over the last 20 years.

For a wealthy industrialized country such as the UK, this study’s findings are particularly concerning. Analyzing data compiled over the past two decades, the study showed that population intakes of vitamins A, B2, D and folate, and minerals such as iron, calcium, potassium, magnesium, iodine and selenium, had all fallen significantly.

While poor diet choices are cited in the study as a key reason for the decline in micronutrient consumption in the UK, the reality is that a poor nutritional intake is now common throughout the industrialized world. One of the main factors behind this is that the micronutrient content of the food supply has fallen substantially over the past few decades. This means that, even for people who consume lots of fruit and vegetables, obtaining optimum dietary amounts of vitamins and minerals isn’t easy.

Over-farming of the soil, as well as the use of artificial fertilizers, pesticides and herbicides, are thought to be among the main factors contributing to the reduced levels of micronutrients in the food supply. Reflecting this, the official report of the Rio Earth Summit in 1992 concluded that “there is deep concern over continuing major declines in the mineral values in farm and range soils throughout the world”. This statement was based on data showing that over the past century, average mineral levels in agricultural soils had fallen by 72 percent in Europe, 76 percent in Asia and 85 percent in North America.

To learn more about the decline in the levels of micronutrients in our food, see the ‘Can’t we get all the vitamins we need in our food?’ feature on our website.