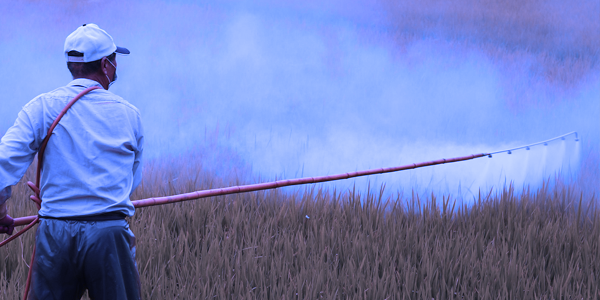 A recent study has concluded that exposure to pyrethroids, a commonly used class of pesticides, increases the risk of all-cause mortality and cardiovascular mortality.

Pesticides are far from being as safe as governments and regulators claim them to be. In many countries the number of pesticides that are being sprayed on foods continues to increase. For example, data presented at a conference in London in 2017 showed that the number of toxic chemicals used on UK supermarket vegetables has risen by up to 17-fold over the past 40 years. Not only is there little doubt that the situation is very similar across much of the rest of the world, in many cases it is clear that data on pesticide use and safety has been deliberately hidden and publicly misrepresented.

In this respect it is no secret that European regulators are blatantly ignoring the toxic effects of pesticide cocktails in foods. In fact, 90 percent of tests to determine the supposed safety of pesticides used in Europe are said to come from the chemical industry itself. Clearly, therefore, the assumed safety of pesticide use must change. It has already been shown that pesticide exposure contributes to faster disease progression in amyotrophic lateral sclerosis, a fatal neurological disorder, for example. A connection is also known to exist between Parkinson’s disease and pesticides.

To learn how scientific research is increasingly confirming the health benefits of pesticide-free organic food, read this article on our website.