Are Drugs Responsible For More Deaths Than We Think?

Holocaust Survivors Mark 75th Anniversary Of The Liberation Of Auschwitz 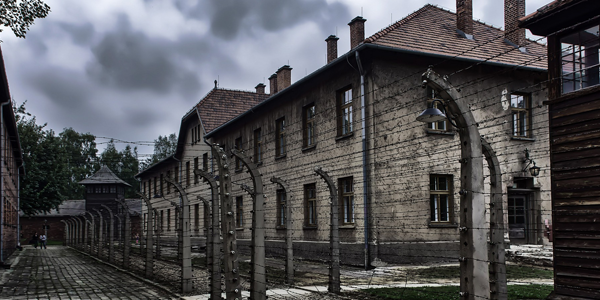 Survivors of the holocaust gathered at Auschwitz in Poland to mark the 75th anniversary of the liberation of the Nazi concentration camp.

This year was the 75th anniversary of the liberation of Auschwitz. The largest mass extermination camp in human history, between 1940 and 1945 over 1.1 million people met their deaths there. Even three-quarters of a century later however, the lessons of history have yet to be learned. Key facts about what really happened at Auschwitz, and why, have been concealed from the people of the world by multinational corporate interests and their political stakeholders.

Currently, our history books essentially tell us that WWII was caused by a psychopathic dictator, Adolf Hitler, and his entourage of racist henchmen, the Nazis. The fact is, however, that WWII was a conquest war conducted on behalf of the largest chemical and pharmaceutical cartel at that time – I.G. Farben, made up of Bayer, Hoescht, BASF and other companies – with the goal of gaining control of the global markets in patented chemicals, drugs and oil. In pursuit of this aim, the I.G. Farben companies had financed the rise to power of the Nazi party and the transformation of German democracy into a dictatorship.

I.G. Farben’s creation of a stupendous war machine for the Nazis was carried out with the utmost deliberation and ruthlessness. Near Auschwitz, in order to supply the chemicals, fuels and other materials needed for the German war effort, it constructed the largest industrial complex in Europe at that time. Known as I.G. Auschwitz, and a 100% owned subsidiary of I.G. Farben, the workforce for the factories at this facility included prisoners from the Auschwitz concentration camp, who were used as a source of slave labor. Those who were too weak or too sick to work at the factories were sent directly to the gas chambers. Even the chemical gas Zyklon-B, used by the Nazis for the annihilation of millions of people, was derived from the drawing boards and factories of IG Farben.

Simultaneous with this, the pharmaceutical divisions of Bayer and Hoechst were using thousands of prisoners from the concentration camp as guinea pigs for the conducting of deadly medical experiments. Chemicals used in these tests went on to become the first generation of chemotherapy drugs, eventually making tens of billions of dollars a year for their manufacturers.

To learn more about the hidden history of Auschwitz, see this article on our website.