Holocaust Survivors Mark 75th Anniversary Of The Liberation Of Auschwitz

Are Drugs Responsible For More Deaths Than We Think? 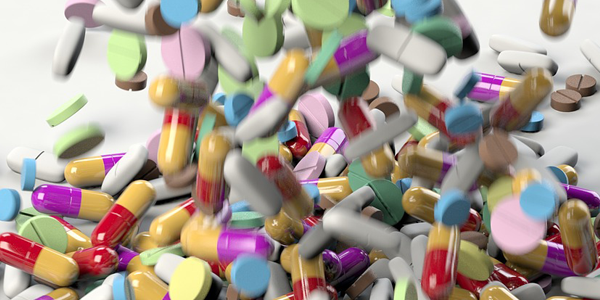 Rising use of prescription opioids and other drugs in the United States is taking its toll on mortality rates, according to a study that has shown drug-associated deaths to be twice as high as statistics suggest.

Statistics suggest that between 1999 and 2017 almost 218,000 people died in the United States from overdoses related to prescription opioids. But opioids are far from being the only dangerous drugs prescribed to patients.

So dangerous is the pharmaceutical approach to medicine that orthodox doctors, hospitals and their treatments have been shown in the Journal of the American Medical Association (JAMA) to be the third leading cause of death in the United States, exceeded only by deaths from heart disease and cancer. Illustrating this point, a JAMA study published in 1998 estimated that in 1994 around 2,216,000 hospitalized patients in the United States had suffered a serious adverse drug reaction (ADR) and that 106,000 had suffered a fatal ADR.

Ultimately, for real health and healing to occur it is necessary to address the primary cause of chronic disease: micronutrient deficiency. In the absence of this, any medical system that depends upon drugs, surgery, radiation and other orthodox approaches as its primary treatment options is only addressing the symptoms of disease.

Moving beyond the current outdated medical paradigm therefore necessitates a complete redesign of our healthcare systems. This includes properly educating our doctors, who, mostly through no fault of their own, have been reduced to playing the role of a sales force for the pharmaceutical ‘business with disease’. The sooner this urgently needed transformation takes place, the sooner injuries and deaths resulting from pharmaceutical drugs can be brought to an end.