Consuming More Berries, Apples And Tea May Have Protective Benefits Against Alzheimer’s

Severity Of Coronavirus May Depend On Where You’re Located On The Map, New Study Suggests 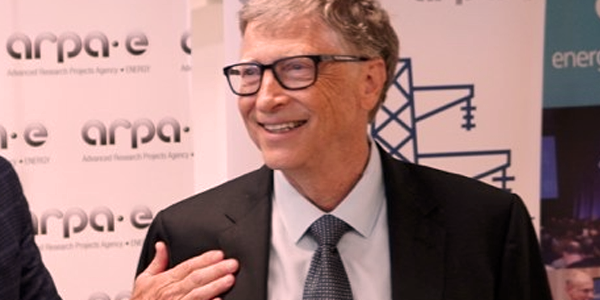 The Bill & Melinda Gates Foundation is working on treatments for the coronavirus with Novartis, GlaxoSmithKline, and other large multinational drug companies.

For more than a decade now, Bill Gates has been working increasingly closely with the pharmaceutical industry. Throwing billions of dollars into the field of drug discovery, Gates has recently been accused by James Love, the director of the nonprofit organization ‘Knowledge Ecology International’, of using his philanthropy to “advance a pro-patent agenda on pharmaceutical drugs, even in countries that are really poor.” Love openly describes Gates as being “a big defender of the big drug companies” and says he is “always trying to push things in a pro-​corporate direction.”

At the global level Gates also has huge influence over the World Health Organization (WHO), for whom he is now second largest funder after the U.S. government. In this respect, the recent decision by U.S. president Donald Trump to stop funding the WHO will likely have increased Gates’ influence still further. The first private individual to ever give a keynote speech at a meeting of the World Health Assembly, the WHO’s decision-making body, Gates’ authority at the WHO is said to be comparable to that of a head of state. Perhaps not surprisingly, therefore, the multinational drug and chemical industries now figure prominently in the lists of WHO donors, collectively giving it millions of dollars every year.

To read how Gates has sponsored a dangerous plan threatening the global harmonization of nutrient levels in supplements, supposedly to prevent the “adverse effects of excessive intake,” read this article on our website.