Consuming More Berries, Apples And Tea May Have Protective Benefits Against Alzheimer’s 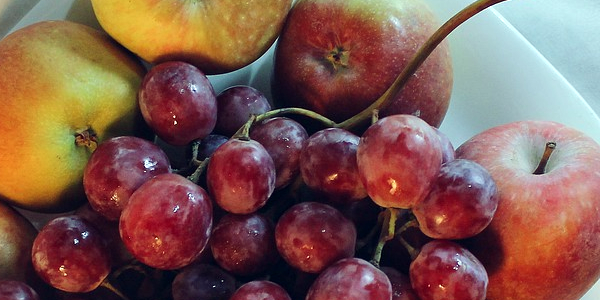 Older adults who consumed small amounts of flavonoid-rich foods, such as berries, apples and tea, were two to four times more likely to develop Alzheimer’s disease and related dementias over 20 years compared with people whose intake was higher, according to a new study.

Scientific research is increasingly showing that natural approaches are effective in preventing and controlling Alzheimer’s disease. Over the past few years, studies have shown that micronutrients such as resveratrol, omega-3 fatty acids, vitamin C, vitamin D, vitamin E, and B vitamins can reduce the risk of this disease and inhibit its progression.

A UK study published in 2015 followed 168 elderly people and showed that, for participants with high levels of omega-3 fatty acids, a combination of B vitamins prevented brain shrinkage, a hallmark of the devastating condition. Lead researcher Professor David Smith from the University of Oxford described the study’s finding as “very exciting and important,” explaining that “something so simple as keeping your omega-3 levels high and supplementing B vitamins if you are at risk could dramatically reduce a person’s risk.” He believes that patients showing early signs of dementia should immediately be given omega-3 fatty acids and vitamins B6, B12 and folic acid, and that this approach should now be adopted by the UK’s National Health Service.

To access easy-to-read summaries of scientific studies documenting the effectiveness of micronutrients against Alzheimer’s disease, visit our Independent Library of Nutrition and Natural Health website.