Coronavirus Pandemic Leads To Spike In Demand For Organic Food 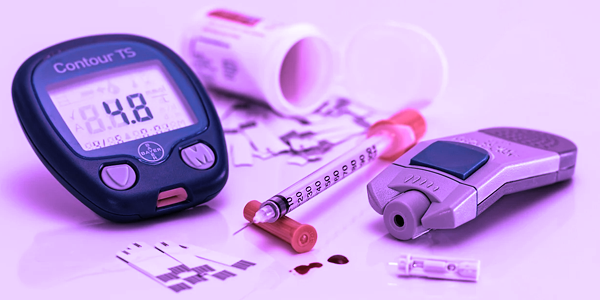 A new study suggests that a higher intake of manganese is associated with a lower risk of type 2 diabetes among postmenopausal women.

Diabetes is characterized by elevated levels of blood glucose (blood sugar). In healthy people the pancreas produces the hormone insulin, which it releases in response to increased levels of glucose in the blood. Glucose levels rise whenever you eat, for example. The presence of insulin in the blood acts as a signal for cells to take in the glucose, which is used in the production of energy.

In type 2 diabetes the body does not make, or does not use, insulin very well. This results in high levels of glucose building up in the blood, which over time can result in widespread problems including damage to the cardiovascular system, eyes, kidneys, nervous system, limbs and feet.

The primary cause of type 2 diabetes has been shown through Dr. Rath’s Cellular Medicine research to be a long-term deficiency of certain micronutrients in the cells of not only the pancreas, but also the blood vessel walls, the liver, and other organs. His research, supported by numerous independent clinical studies, has clearly documented the important roles of nutrients such as vitamin C, vitamin E, B vitamins, magnesium, and chromium in helping to prevent diabetes and normalize blood sugar levels.

In one particularly striking example, a study published as long ago as 1937 showed that diabetic patients taking 300-500 mg of vitamin C a day could significantly improve their glucose balance. The researchers found that blood sugar levels could be lowered by an average of 30 percent, daily insulin requirements by 27 percent, and that sugar excretion in the urine could be almost eliminated.

You can learn more about such studies in chapter 7 of Dr. Rath’s book, ‘Why Animals Don`t Get Heart Attacks…But People Do!’. Through carefully following the Cellular Medicine recommendations contained in this book, not only is it possible to prevent the onset of type 2 diabetes, even existing diabetic conditions and their complications can successfully be controlled.