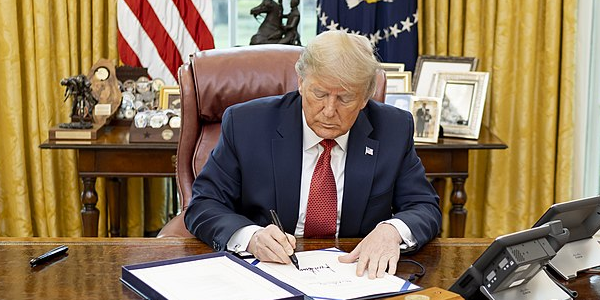 U.S. President Donald Trump is threatening to permanently stop funding the World Health Organization (WHO) and ‘reconsider’ his country’s membership unless it commits to “major substantive improvements in the next 30 days.”

Last month President Trump announced he was going to halt funding to the WHO because it had “failed in its basic duty” in its response to the coronavirus pandemic. Predictably, the usual cast of stakeholders representing the pharmaceutical industry lined up in response to claim that the world needed the WHO. Multibillionaire Bill Gates even tried to portray Trump’s decision as being “dangerous”.

Fact is, however, that the WHO has long ago sold its soul to Gates and other big business donors. Over the past few years, the Bill & Melinda Gates Foundation has been the second largest funder of the WHO after the U.S. government. Other prominent sources of WHO funding include the Brussels EU Commission, multinational pharmaceutical and chemical companies, and the Rockefeller Foundation.

Given that its health advice clearly no longer represents the interests of patients, the time has come for the WHO to be replaced with a new global body tasked with the goal of making natural preventive health a human right. Achieving this will require the creation of an organization that is truly independent. Avoiding the mistakes of the WHO and its leaders will be essential for such a body to succeed.