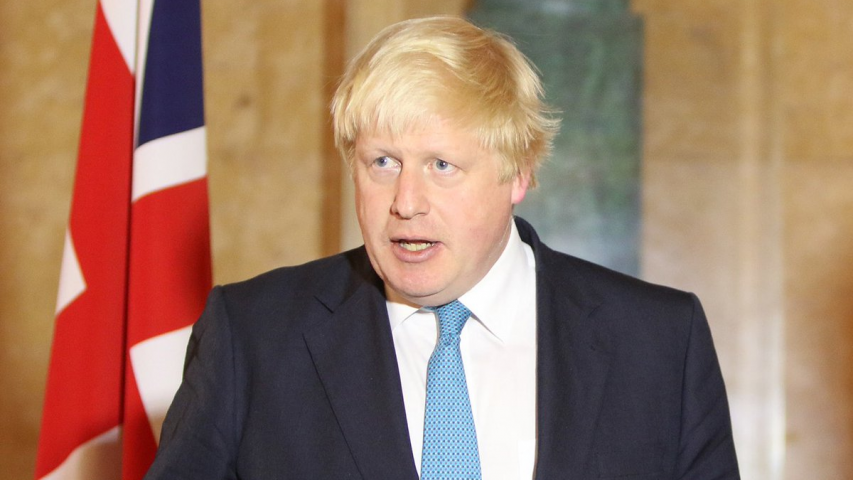 Boris Johnson, head of government for one of the leading pharmaceutical-exporting nations, has said that, in the light of the coronavirus pandemic, he wants to follow the example of Scotland and consider making vitamin D available free to millions of elderly and vulnerable people in the UK, to address widespread deficiencies. Based on numerous scientific studies warning of the health consequences of low vitamin levels, public pressure has increased considerably over the past few months, and the Scottish government has already committed to a supplementation program. Evidently, even top politicians can no longer avoid recognizing the importance of micronutrients for health and are consequently advocating targeted supplementation. But is it enough to focus on individual micronutrients?

After years of treating vitamin D deficiency as a negligible public health concern, despite numerous studies pointing to an insufficient intake in the global population, in April Public Health England, a UK government agency, finally advised that everyone should take a daily supplement of 10 micrograms. Vitamin D is currently attracting increasing attention worldwide, in particular because of its importance to immunity and thus to the battle against infectious diseases.

Many people only associate the ‘sunshine vitamin’ with its role in promoting bone mineral density, as it ensures that the essential bone-building mineral calcium is transported within the body. But the importance of calciferols (the scientific name for the vitamin D group) is much broader than this. Examples of vitamin D’s additional benefits include its role in muscle activity, and thus also the cardiovascular system and overall physical performance; its role in the regulation of hormone production, with implications for blood sugar and blood pressure; the part it plays in the normal maturation of cells (skin, mucous membrane, etc.); and the protection it affords against inflammatory diseases such as multiple sclerosis and Hashimoto’s thyroiditis, as well as against breast, prostate, pancreatic, and other types of cancer. It is also crucial in supporting a strong immune system.

From a scientific point of view, there can no longer be any doubt about the immune-modulating role of vitamin D. Anyone who denies this today does so at the risk of looking foolish. However, there is a big difference between mere awareness and practical implementation. This lethal gap is reflected in the unscientific assessment of vitamin D, as well as that of other micronutrients, by many so-called ‘health authorities’.

Viewed in the cold light of the Covid-19 pandemic, scientific evidence of the benefits of vitamin D, and the simultaneous risks posed by its undersupply in large sections of the population, are so overwhelming that they can no longer be denied. Boris Johnson therefore had no choice but to admit that it would be appropriate to introduce changes in this area. In a House of Commons session on 2 November, he responded to a question from his former cabinet colleague David Davis by saying: “We are indeed looking at the possible beneficial effects of vitamin D and… I know we will be updating the House shortly.”

Davis had reminded the House that many prominent scientists had called on the government the previous weekend to tackle vitamin D deficiency in the UK, thereby reducing the severity of the pandemic. He stated: “There have been dozens of studies over hundreds of countries in the last six months which show – or imply, anyway – that this could reduce the infection rates by half… and the case death rates by half again.”

Only a few days earlier, the British Medical Journal had published the alarming results of a national survey of the diet of the British population, which examined the link between the intake of certain vitamins and the incidence of respiratory diseases. Significantly, there is now increasing discussion in the UK about the targeted fortification of foods with vitamin D.

By the time Prime Minister Johnson made his response to David Davis, the Scottish government had already taken the decision to distribute a free four-month supply of vitamin D, at least to the most vulnerable Scots. In doing so, Scotland’s First Minister Nicola Sturgeon was forced to abandon her formerly reluctant position on the provision of supplements. Evidence of vitamin D deficiency, particularly in the north of the UK, had been building since the spring, with several high-ranking medical experts raising the benefits of vitamin D both as a preventive measure to protect against respiratory infections, and as a therapeutic agent to alleviate actual Covid-19 disease. Since the middle of the year, in response to the coronavirus pandemic, the Scottish government has been issuing revised advice for all age groups, through its official website, addressing the many health benefits of vitamin D. One thing is clear: an optimal micronutrient supply for all citizens, and the resulting improvement in public health, would benefit not just every individual, but also the struggling British health system, the NHS.

As long ago as March of this year, towards the successful containment of the current pandemic, Dr. Matthias Rath had pointed out in an open letter how important it is to protect the health of millions of people by applying scientific knowledge of micronutrients. Research has shown that the blocking of viral replication and spread can be achieved through the synergistic interactions of specific natural substances. The key to implementing these findings is first and foremost the consumption of a healthy diet rich in essential micronutrients, if possible augmented by appropriate food supplements.

In contrast to the pharmaceutical approach of employing synthetic drugs or vaccines against infectious diseases, the use of which are invariably accompanied by side effects, science-based naturopathic medicine represents a safe and effective option. Groundbreaking research results enabling control of the Covid-19 pandemic were released by the Dr. Rath Research Institute in July and August this year. The results of a landmark clinical trial conducted in China using high-dose vitamin C subsequently still further confirmed the impressive efficacy of micronutrients in fighting the pandemic.

Change only comes through public pressure 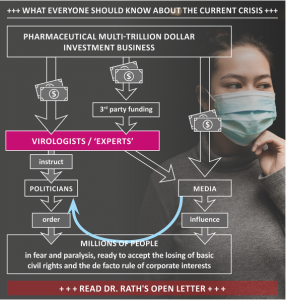 Dr. Rath’s open letter anticipated the change of direction that is now taking place at government level. But while the profit-driven pharmaceutical industry continues to pursue its multibillion dollar business with disease’, demonstrably not shying away from even its worst historical crimes, it is delusional to believe that natural health is given to us voluntarily. The pharmaceutical giants are corruptly targeting both politicians and the media to ‘toe the line’ in order to continue what has become the biggest scam in human history. In response, Dr. Rath calls on the people of the world not to follow instructions from any politicians or so-called ‘experts’ who deny the health importance of micronutrients.

Addressing local governments, Dr. Rath’s open letter urges: “Start local programs to provide free dietary supplements for the most vulnerable members of your community, especially children in your local kindergartens and schools and elderly people living at home or in senior homes.” The example of the Scottish government suggests that at regional level in the UK this advice has already been understood.

The extent to which the following recommendations from Dr. Rath’s open letter are similarly being met further illustrates how this change of direction is beginning to be followed by national governments:

With a primary focus on prevention, it is possible to turn away from the business with disease and reorient our healthcare systems. The first step should be to promote the development of community gardens, for example. Towards this goal, the dissemination of scientific knowledge about the benefits of vitamin-rich nutrition is fundamental. If such educational initiatives are supported by governments, not only will the current pandemic be overcome more quickly, we will also achieve a healthcare approach that benefits the people and is not misused by pharmaceutical companies to disguise their unscrupulous pursuit of profits.

A Goliath with feet of clay

The fact that, after Scotland’s concession, now the UK as a whole, with its lucrative pharmaceutical exports, is apparently having to give in to public pressure, lays bare just how battered and on the verge of collapse the global pharmaceutical industry is. Having already been effectively stripped of its raison d’être in the fields of cardiovascular disease and cancer, both of which are vital to its survival, it is now using the coronavirus pandemic to justify its existence and secure its continued survival under a global dictatorship. Seen in this light, the latest developments in the UK are encouraging for all those who want to bring an end to the immoral activities of this industry as quickly as possible.
. 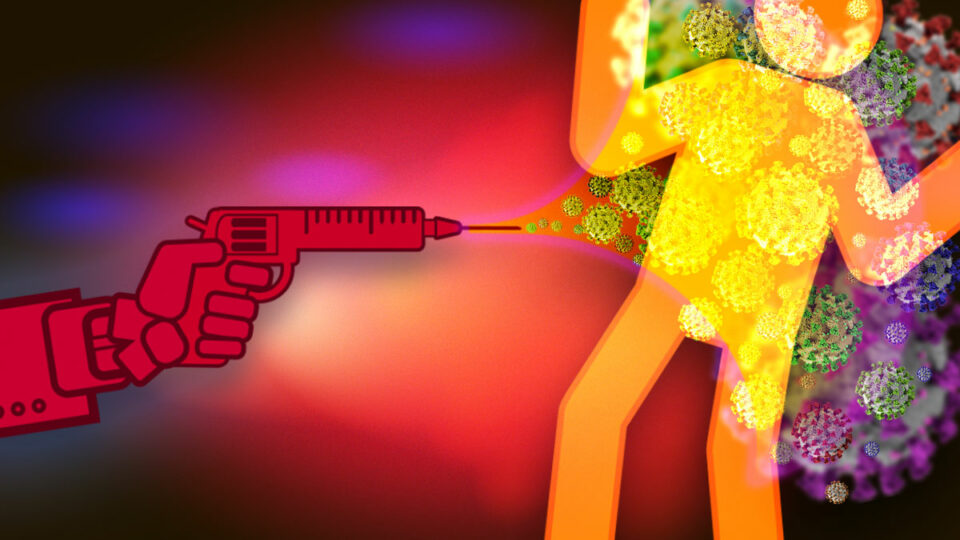