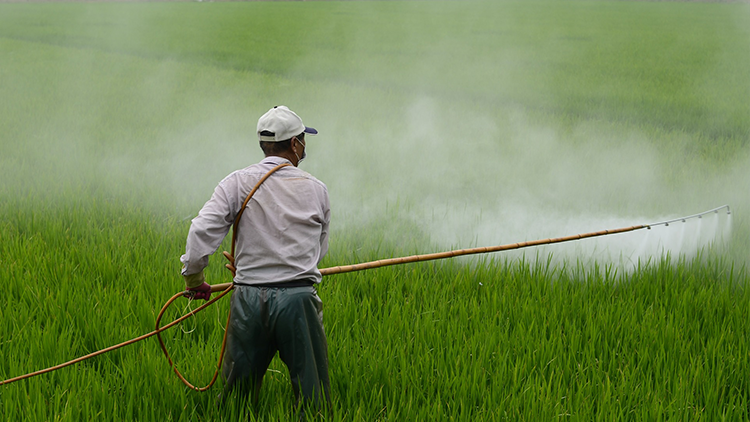 “The European Food Safety Authority (EFSA) is to assess a number of emergency authorizations granted by Member States for the use of neonicotinoid pesticides in sugar beet in 2020. The request from the European Commission covers 21 emergency authorizations of clothianidin, imidacloprid, thiamethoxam, and thiacloprid that were granted by Austria, Belgium, Croatia, Denmark, Spain, Finland, Lithuania, Poland, Romania, and Slovakia.” [Source: europa.eu]

The granting of these so-called ‘emergency authorizations’ provides an indication of the continued power and influence of the chemical industry in the Brussels EU. Outdoor use of the neonicotinoid pesticides imidacloprid, thiamethoxam, and clothianidin was originally banned in Europe in 2018 following evidence that they were causing severe damage to bee colonies. However, despite their known dangers these pesticides continue to be used extensively worldwide.

A study published in 2017 found neonicotinoids to be present in 75 percent of 200 honey samples examined from around the world. Levels of contamination were highest in North America (86 percent), followed by Asia (80 percent), Europe (79 percent), Africa (73 percent), Australasia (71 percent), and South America (57 percent).

Developed by German pharmaceutical and chemical company Bayer in the 1980s, neonicotinoids are considered particularly dangerous as they are systemic pesticides. Unlike contact pesticides, which remain on the surface of the treated parts of plants, systemic pesticides are taken up by plants and transported throughout them. Thus, they cannot be removed by simply washing food before preparing and consuming it.

Neonicotinoids such as acetamiprid and imidacloprid are known to obstruct the normal development and function of the nervous system in children. They can also damage brain structures and functions associated with learning and memory. Other research has shown they can affect estrogen production in humans and cause cancerous liver tumors in mice.

To learn about the shocking role of the German chemical industry in the planning and perpetration of WWI and WWII, visit our YouTube channel and watch the revealing ‘Movement of Life’ lecture given by Dr. Rath in Warsaw, Poland, in 2011.