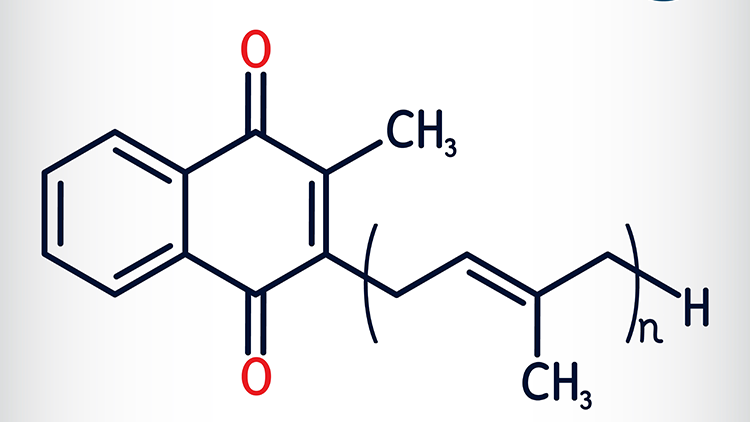 Vitamin K is a fat-soluble vitamin that is known for a variety of functions. Although still commonly referred to as the ‘blood clotting vitamin,’ researchers are learning more about its role in a wide array of physiological processes, including during the COVID-19 pandemic. Vitamin K is essential for healthy bones, the cardiovascular system and liver, as well as for the kidneys, pancreas, brain, and nervous system. It also has anti-inflammatory and anti-carcinogenic properties.

While the body makes some vitamin K in the digestive system, it obtains most of its requirements from either the diet or supplements. Dietary sources of vitamin K include green leafy vegetables, turnips, broccoli, Brussels sprouts, fruits such as blueberries, kiwis and grapes, egg yolk, dairy and other animal products, as well as fermented foods such as hard cheeses, sauerkraut, and the Japanese foods miso and natto.

There are two different types of vitamin K present in these foods. Leafy greens, fruit and vegetables contain the subtype vitamin K1, also known as phylloquinone, whereas vitamin K2, known as menaquinone, is mostly found in fermented foods where bacteria are part of its production process. Dairy foods, organ meats, and other animal products are also good sources of K2.

It has been found that vitamin K1 mostly accumulates in the liver, heart, and pancreas, while K2 mostly accumulates in the brain, pancreas, and kidneys. While both K1 and K2 are needed in blood clotting through their essential role in the formation of the coagulation factor prothrombin, it appears that K2 has a wider functionality than K1, and that deficiency of K2 is more pronounced. However, there is no distinct, specific recommended daily allowance for K2.

Those most at risk of vitamin K2 deficiency include newborn infants and older adults. In addition, people who follow a low-fat diet, those who have digestive disorders such as Crohn’s disease, ulcerative colitis, or inflammatory bowel disease, and those who have had gastric-bypass or colon-removal surgery are also at an increased risk of developing K2 deficiency.

Vitamin K2 is important for calcium metabolism in the body. Chronic deficiency has been associated with bone thinning and an increased risk of fractures in the elderly. It is also important for cardiovascular health as it activates a protein that prevents calcification of the blood vessels, reduces arterial stiffening, and improves elasticity of the blood vessels. Its deficiency might lead to high blood pressure and atherosclerosis. Moreover, in clinical trials in patients with diabetes, vitamin K has been shown to improve fat metabolism, glucose tolerance, and insulin sensitivity. It also reduces the chances of eye, kidney, and cardiovascular complications arising from consistently high blood sugar levels.

Owing to its antioxidant and anti-carcinogenic properties, vitamin K2 may inhibit the growth and spread (metastasis) of cancer cells, as well as induce cancer cell death (apoptosis). This action has been reported in multiple cancers, including those of the liver, prostate, lung, and colon.

In addition to its anticancer effects, vitamin K2 also supports liver regeneration, induces coagulation processes, and assists in recovery from alcoholic and non-alcoholic liver cirrhosis. Furthermore, it also has a significant role in the functioning of the immune system, brain, and central nervous system. The brain has high expression of specific receptors for vitamin K2 enzymes, and deficiency of K2 is linked to various neurological diseases.

Most recently, vitamin K has gained special attention in the coronavirus pandemic. Low vitamin K levels may increase the chances of death from respiratory failure and thromboembolism in COVID-19 patients. When available in abundance, vitamin K keeps the clotting process in check by activating coagulation factors in the liver, and at the same time by inducing anticoagulation protein outside the liver. Unfortunately, vitamin K2 is significantly lacking in the modern Western diet and there is not enough awareness of its importance in health and disease. 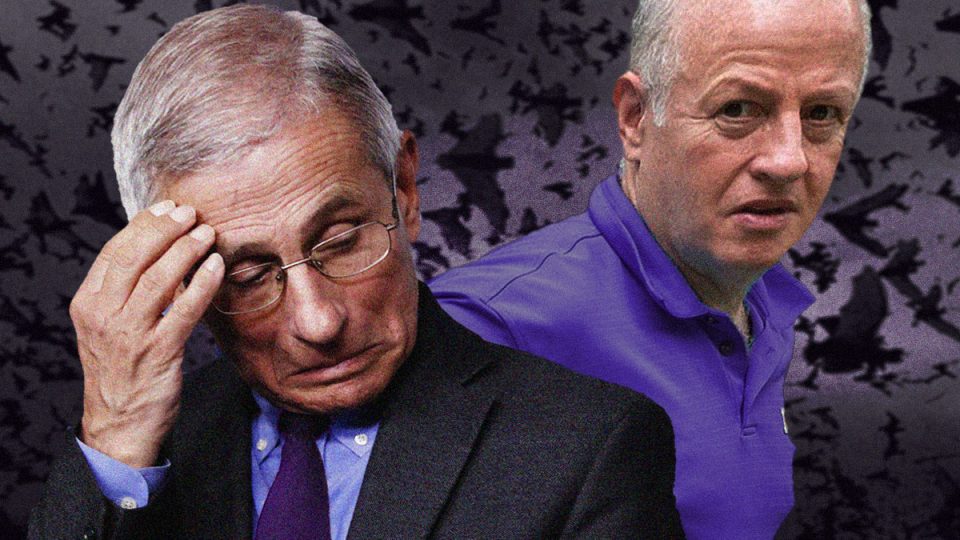 COVID-19 Lab Leak: The Net Tightens Around Fauci And Daszak