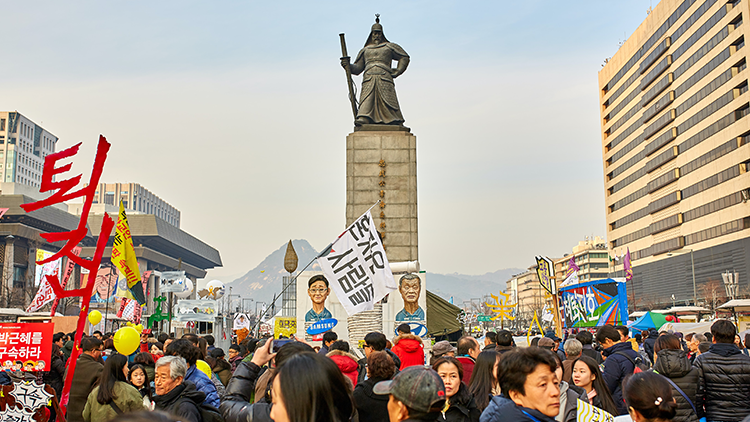 “One of the most vaccinated nations on earth is seeing increased public pushback over COVID-19 jabs, as demonstrators in South Korea are demanding accountability for deaths that they blame on the shots.” [Source: rt.com]

More than a thousand people in South Korea are now believed to have died shortly after being vaccinated against COVID-19. As concern grows across the country, public protests are becoming increasingly widespread. Rallies have been held in several cities and vaccine safety is expected to become an issue in the upcoming presidential election, due to be held in March. In preparation for this election, the opposition People’s Power Party recently held a public hearing on vaccine side effects in which it invited victims and their family members to offer suggestions for measures that its presidential candidate should adopt.

Meantime, with many small South Korean businesses increasingly drowning in debt, their owners are beginning to revolt against the draconian restrictions they are being forced to operate under. In a desperate effort to stay afloat, some have even publicly announced their intention to defy the legislation and reopen as normal.

As is similarly the case in many other countries, South Korea’s arts, sports, and leisure sectors have been particularly badly hit by COVID-19 restrictions, with profits falling by more than 85 percent in 2020 compared to the previous year. With household debt also swelling, and the country’s economy facing heightened risks, reports suggest a rising sense of desperation among small business owners.

To read how enlightened doctors in South Korea and China have successfully been using vitamin C to treat coronavirus patients, see this article on our website.