Vitamin and mineral deficiencies are widespread in Europe 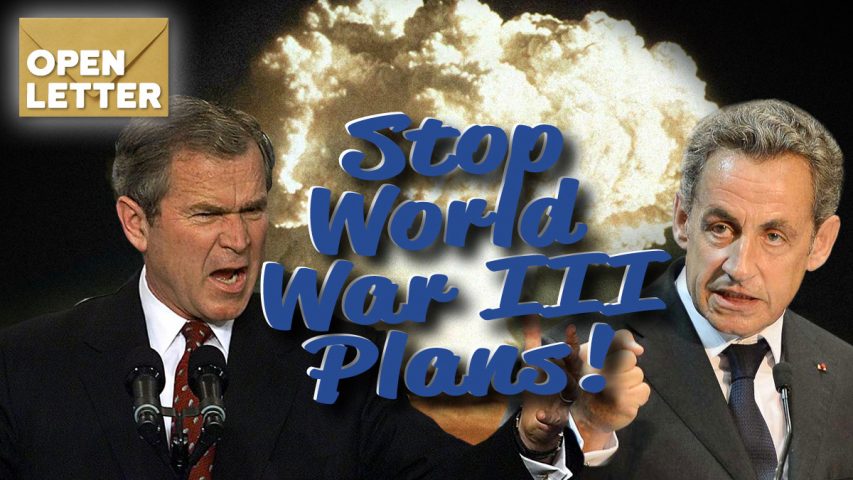 Today and tomorrow, French President Nicolas Sarkozy is visiting the USA, presenting himself as a ‘friend of America’ but the reality is much more sobering. His visit serves to plan the first nuclear war in the history of mankind. The people of America and the world deserve to know, who is Mr. Sarkozy?

In 2004 Sarkozy, then French Minister of Finance, used his political and financial clout to coerce the $ 80 billion acquisition of pharmaceutical drug giant Aventis by the French drug dwarf Sanofi. One of the first drugs the newly created concern Sanofi-Aventis announced to the world as a ‘blockbuster’ was Zimulti (rimonabant), allegedly fighting obesity. In June 2007, the FDA rejected sales of this drug in the US because of its serious side effects – including suicides. The share price of Sanofi-Aventis dropped 20% and class action lawsuits will inevitably follow, threatening the survival of the company.

Only three months later the political patron of the company, Sarkozy, announced WWIII to the world. A nuclear holocaust and global martial laws would allow him to declare the drug companies as war essential and ‘untouchable.’

The Sarkozy/Bush Plan for WWIII

Unfortunately, Zimulti, Baycol and Vioxx are not the exception, they are the rule. While promising health, the pharmaceutical investment business is based on the continuation of diseases as multi-billion dollar markets for patented drugs. With the people of the world becoming increasingly aware of this fraud, the drug cartel has brought politicians to power that organize the survival of this trillion dollar fraud at all costs – including a nuclear holocaust.

Not surprisingly the drug industry was the single largest donor of the Bush election campaigns and the previously ousted architect of the ill-fated war in Iraq, Donald Rumsfeld, had been the highest decorated pharmaceutical executive in US history.

Sarkozy and Bush are declaring WWIII to the world under questionable pretexts. One thing, however, is certain: the beneficiaries of a nuclear holocaust are not the people of the world, but the corporate interests that brought Sarkozy and Bush to power.

The aim of this publication is to expose the motives behind the Sarkozy/Bush preparations for WWIII – and by their very revelation make sure that they can no longer be implemented.