Codex Alimentarius and the GM Threat 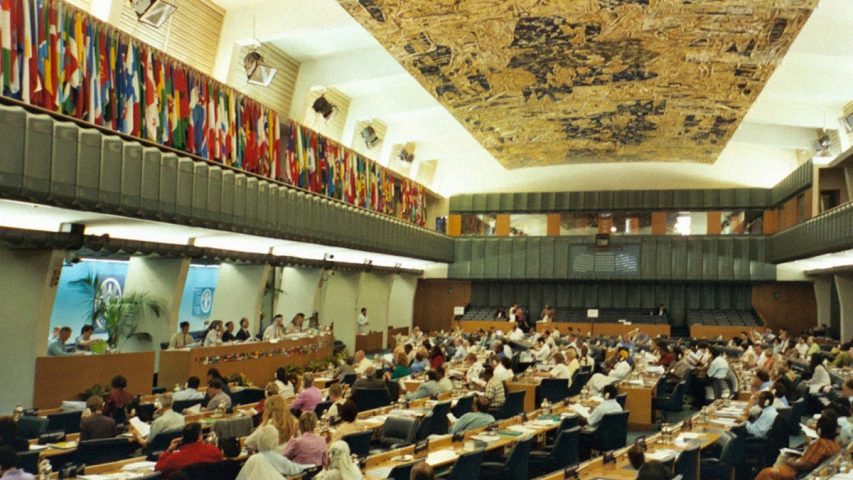 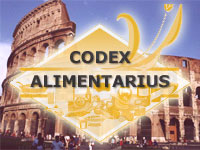 July 2005 – The Natural Solutions Foundation reported after the July 2005 meeting of the Codex Alimentarius Commission in Rome that a “miracle” had occurred, and that World Health Organization (WHO) and the Food and Agriculture Organization of the United Nations (FAO) had expressed “significant displeasure with the anti-health approach to nutrition taken by Codex over the past 4 decades.”

The Natural Solutions Foundation’s reports also claimed, variously, that a WHO Under Secretary for Food Safety had spoken “sternly, sharply and scathingly of the fact that little contribution to human health had been made by Codex”; that WHO had stated that “things would be different in the future”; that the Terms of Reference of the Codex Committee on Food Labeling and the Codex Committee on Nutrition and Foods for Special Dietary Uses are going to be redefined; that “Codex will implement the WHO Global Strategy for world health through diet, physical exercise and nutrition“; and that “Codex will make a yearly report to the World Health Assembly about its progress in implementing the WHO Strategy“.

So, is there any truth behind these claims? In the following article we attempt to set the record straight, and describe how the Natural Solutions Foundation’s assertions are largely either mistaken or exaggerated.

The majority of the confusion surrounding the claim that a “miracle” occurred in Rome this year relates to three specific discussions that occurred during the Codex Alimentarius Commission’s meetings.

The first of these discussions related to financial and budgetary matters. During this debate, three speeches were made by officials from the WHO: in each case the significance of which was subsequently either overstated or misunderstood by the health freedom community.

Dr. Jorgen Schlundt was the initial WHO representative to speak on this issue, and an excerpt from his speech is reproduced below:

Note that although Dr. Schlundt was of the opinion that “we need to do more for human health”, he did not actually criticize Codex. In fact, he specifically talked about “the importance of Codex”, and stated his hope that WHO would be able to attract “more extra-budgetary funding for the scientific advice needed for Codex”.

Significantly, therefore, and as we shall see, with regard to what he described as the “initiatives that have been going on over the last six years”, along with the need he expressed to “ show the world that Codex is actually helping also in relation to public health”, it soon became apparent that Dr. Schlundt was primarily referring here to Codex work on microbiological risk assessment and biotechnology, as opposed to nutrition.

Later in this discussion, a second WHO representative spoke up, in response to a number of countries who had expressed their dissatisfaction with the lower level of funding provided by WHO to Codex compared to that of FAO. Her speech is reproduced below:

This WHO representative’s manner was a little different to that of Dr. Schlundt, and could arguably be described as ever so slightly “stern.” Indeed, some might even go so far as to describe it as just a little “sharp”. However, in no way could her speech be described as even remotely “scathing”, and at no point did she state that “things would be different in the future.”

Note too that she was actually sympathetic to the requests for more money to come from the WHO to Codex, as particularly shown by the final sentence of her speech. Her main point, however, was clearly that the WHO Executive Board and the World Health Assembly are the correct venues in which to frame requests for increased funding, and that a meeting of the Codex Alimentarius Commission was not the place to do this.

Finally, just before the end of this agenda item, Dr. Schlundt spoke up again, and talked about $1.6 million that WHO had put into Codex in 2001 for work on microbiological risk assessment. An except from this speech follows below:

Apparently, therefore, Dr. Schlundt’s intention here was simply to make the point that it would be difficult to argue for more money from WHO at the World Health Assembly until such time as the work on microbiological risk assessment and biotechnology has been completed and its outcome apparent. As such it is clear that in his earlier speech, where he expressed the need to “ show the world that Codex is actually helping also in relation to public health”, he was almost certainly not thinking principally about nutrition.

Just as importantly, however, it can also be seen that once again Dr. Schlundt was neither criticizing Codex nor expressing displeasure with it.

The WHO Global Strategy on Diet Physical Activity and Health

The second discussion at the Codex meeting in Rome that has seemingly been widely misreported relates to the WHO Global Strategy on Diet Physical Activity and Health.

Prior to the Codex meeting, WHO, in cooperation with FAO, had prepared a discussion paper entitled “Implementation of the WHO Global Strategy on Diet, Physical Activity and Health: Action that Could be Taken by Codex”.

Paragraph eleven of this paper made the following observation:

However, the existence of this paragraph in the WHO/FAO discussion paper appears to have been the subject of a great deal of misunderstanding amongst some sections of the health freedom community, as at no time during the meetings in Rome did anybody actually state that that the terms of reference of the two Codex committees, CCFL (Codex Committee on Food Labelling) and CCNFSDU (Codex Committee on Nutrition and Foods for Special Dietary Uses), were going to be changed. And, just as importantly, nor was it stated that Codex would either “ implement the WHO Global Strategy for world health through diet, physical exercise and nutrition”, or develop a “relationship with nutrition as demanded by WHO.”

During the meeting, the WHO/FAO paper was introduced by Dr. Ingrid Keller of the WHO, who described it as follows:

As can be seen, therefore, Dr. Keller stated that action taken by Codex should be considered “within the framework of its operational mandate”, and merely invited the Codex Alimentarius Commission to recommend that WHO and FAO should “produce a more focussed document for consideration by CCFL and CCNFSDU.”

The third discussion at the Codex meeting in Rome that has seemingly been widely misreported relates to a debate regarding a recent World Health Assembly Resolution, WHA58.32, on Infant and Young Children Nutrition, whereby the Director General of WHO was requested to:

During this debate, Dr. Schlundt, of the WHO, described how the Resolution, passed in May 2005, requires the Director-General of WHO to report to the World Health Assembly (WHA) every two years – not each year as has been claimed – on progress in the consideration of matters referred to the Codex Alimentarius Commission for its action.

Of course, although this WHA Resolution was clearly passed in the context of nutrition for infants and young children its’ wording indicates that the Director-General’s report will encompass the entire range of work carried out at Codex.

We would therefore contend that the claim that “Codex will make a yearly report to the World Health Assembly about its progress in implementing the WHO Strategy” is unfortunately somewhat misleading.

To summarize, WHO and FAO did not express “significant displeasure with the anti-health approach to nutrition taken by Codex over the past 4 decades” at this meeting. Moreover, neither did they state that “little contribution to human health had been made by Codex”, or that “things would be different in the future.”

In addition, although a paper prepared in advance of the meeting by WHO and FAO had suggested that consideration could be given to the possibility of considering amendments to the terms of reference of CCFL and/or CCNFSDU, this matter was not brought up at the Codex meeting itself. Indeed, and as the transcripts and recordings from the discussions on the Global Strategy clearly demonstrate, both the UK (speaking for the 25 countries of the European Union) and the United States appeared to be of the opinion that the current Codex mandate should be retained.

As such, therefore, although it is certainly possible that Codex will participate in the implementation of the Global Strategy, it presently seems likely that this work would be carried out within the current terms of its mandate, and that as such it is likely to pay little real attention to nutrition and dietary supplements.

In conclusion therefore, it can be seen that there was no “miracle” at Codex this year. 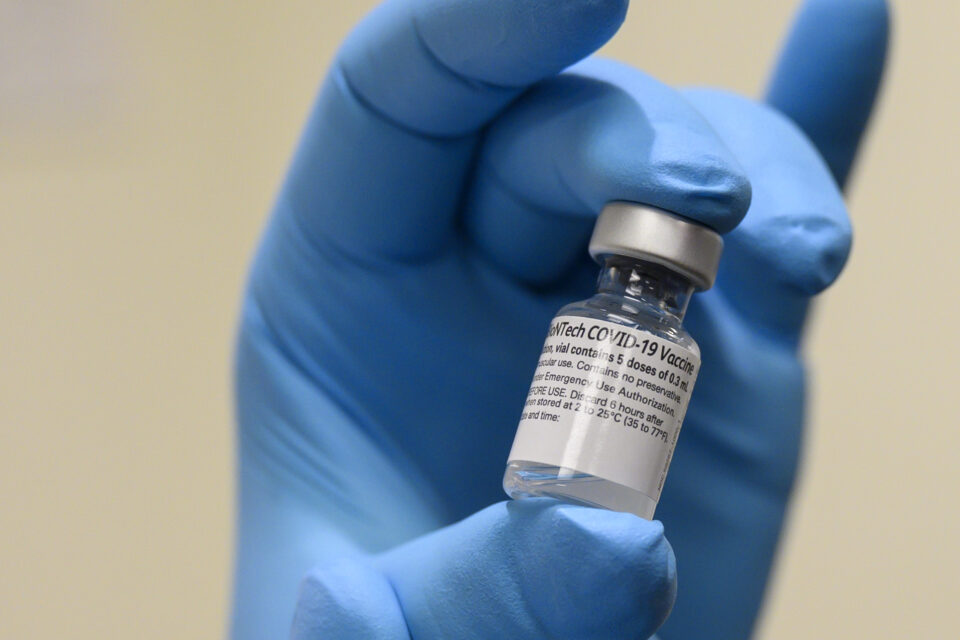