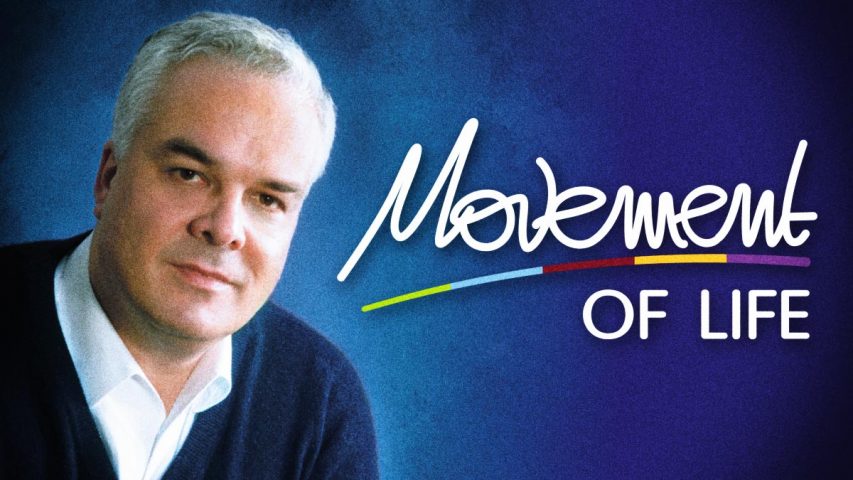 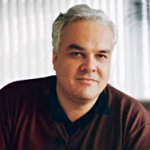 This week we all witnessed at the G-20 conference in London, how fiercely the global battle between the status quo and the forces of change is being fought.

The status quo, represented by the multi-trillion dollar investment businesses of petrochemicals and pharmaceuticals – in short, the oil and drug cartel – is represented by its current political stakeholders France’s Nicholas Sarkozy and Germany’s Angela Merkel.

The forces of change at the G20 are being led by the president of the United States, Barack Obama, who has just been voted into office by the American people with a clear mandate to end the tyranny of oil and replace it with renewable forms of energy.

The G20 dispute is not primarily about mastering the economic crisis. The issue at stake for the cartel and its political stakeholders is much bigger. What is at stake is the very survival of its multi-trillion dollar investment business with oil.

One does not need to be an economist to understand what will happen if under the new US administration the auto city of Detroit starts mass production of hydrogen cars – that is cars using water as energy. Once that happens, people around the world will understand that this very same energy from water can heat their houses, light their cities and energize their public transport.

Hydrogen energy is not new. Every plant, every animal and every single cell in the human body uses this form of energy to produce its biological energy supply. Moreover, 40 years ago, the first human beings reached the moon using hydrogen energy to propel the Apollo rockets.

The transition from the age of carbon energy (oil) to hydrogen energy (water) will solve the energy crisis of this planet for all future generations.

If the people of America and its new administration successfully launch this transition, it will inevitably end the global dependency on oil – as well as the unlimited profits for the Rockefellers and other oil barons.

But even bigger than the economic consequences of this transition will be the political fall-out. The people of the world are already waking up to the sobering fact that energy is not the only field where their illiteracy was the precondition for exploitation.

Millions of people are waiting to join us in the mission that brought us together at this meeting – the need to overcome the devastating consequences of the pharmaceutical “business with disease.”

The cartel knows that once their two main economic legs – the oil and the drug businesses – are recognized by millions of people as a fraud, their rule over this planet is over. No fraud of that magnitude can survive in any democratic society. The only way these fraudulent business models could be continued, is under a global dictatorship.

In spring 2009 the global plan of the cartel is lying in front of us for everyone to see:

A global dictatorship led by key cartel nations, France and Germany, ready to use every economic, political and even military means – including the use of French nuclear weapons – to cement the continued rule of the oil and drug cartel. Under the pretext of fighting the economic crisis, Sarkozy and Merkel cry for a “global economic government.” But what they really mean is to create the first step towards a global dictatorship on behalf of the interests that brought them to power, the oil and drug cartel. That was the background of the battle fought this week at the G-20 between the status quo and the forces of change under US President Obama.

We must also fully understand the transitional power and the breathtaking opportunity of this moment in history. We must refocus our efforts, identify our allies and renew our commitment towards our great goal “Health for All by the Year 2020.”

Let us first have a look at the dimension of the task that lies ahead of us in the coming years.

During the 18th century, the British physician James Lind discovered that the sailor’s disease scurvy could be prevented and even cured with the help of lime juice. This discovery ultimately saved the lives of tens of thousands of sailors.

A century later, the French chemist Louis Pasteur discovered that epidemics are not a curse of heaven, but that they are caused by microorganisms. This discovery paved the way for the development of vaccines against rabies and other infectious diseases and helped to save the lives of a few million people.

These were truly major contributions to medicine and to the progress of mankind. But they are dwarfed by the magnitude of the task that lies ahead of our health alliance. Our goal is not to control just one single disease or a group of diseases.

Our task is the significant reduction and possible eradication of today’s most common diseases. The most important of these diseases are: heart attacks, strokes, high blood pressure, heart failure, irregular heartbeat, diabetic circulatory problems, cancer, osteoporosis, immune deficiencies and others. These diseases are responsible for about 80% of all deaths in today’s industrialized world.

Thus, our task is enormous: we set out to save the lives of the tens of millions of people.

The scientific discoveries enabling us to reach this goal have been made. The natural substances needed for the prevention and control of these diseases are available. The only obstacle that separates us from reaching this great goal and saving millions of lives is one factor: education.

We have to realize that health illiteracy is the main reason for the continuation of today’s most common diseases. Health education, in turn, terminates this illiteracy and paves the way for disease eradication. In short: education equals eradication.

Over the past two decades, we have already contributed to ending the “illiteracy” about many common diseases, as well as the illiteracy about the true nature of the pharmaceutical business with disease.

In the next sequence of my presentation, I will highlight some of the “illiteracies” that have prevailed for decades – or even centuries – and which we could help to remove through education.

For centuries, the people of our planet have been dying from cardiovascular diseases. During the 20th century, however, these diseases reached epidemic proportions, taking the lives of every second man and woman in Europe, and the entire industrialized world.

Whenever diseases – such as cardiovascular diseases – reach epidemic proportions, this must be for one of two possible reasons: first, the underlying cause of the disease has not yet been identified and no effective therapy is available.

Or, second, the people of the world are being kept illiterate about the true cause of the disease as a precondition to deliberately maintain the disease as a global market for patented pharmaceutical drugs.

This illiteracy about cardiovascular diseases ended in 1991. In two scientific publications [1] [2], I could summarize our new understanding about these diseases. The first to support these discoveries was my colleague and friend, the late Dr. Linus Pauling.

For the first time, mankind received answers to the most basic health questions that had remained open in connection with the number one killer in the industrialized world:

These discoveries also ended the era when the atherosclerotic deposits developing inside our arteries were no longer a stroke of fate. The development of these deposits – the causes of heart attacks and strokes – had become a predictable reaction of our body to the growing instability of the blood vessel walls due to vitamin deficiency.

Why Animals Dont Get Heart Attacks 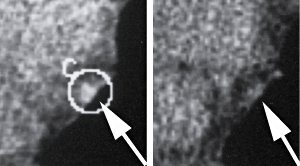 Four years later, in 1996, we provided the first clinical proof that vitamin supplementation can stop – and in some cases even reverse – the development of atherosclerotic deposits in the coronary arteries of patients.

For the first time in the history of medicine, the natural disappearance of calcium deposits in human coronary arteries was documented in pictures.

Yet today – almost two decades after the veil of illiteracy has been lifted from cardiovascular diseases – 15 million people continue to die each year from these diseases.

This number corresponds to the population of cities like New York and London combined, or of Hong Kong and Mexico City combined. These millions of people are vanishing each year from diseases that could largely be gone by now. They are sacrificed by the pharmaceutical business with disease, who feed their insatiable greed on the health and lives of their victims.

To keep cardiovascular diseases as their market, this industry is maintaining an army of lobbyists in medicine, the media and politics. They are the “gatekeepers of health illiteracy.”

Today we come together to renew our commitments to intensifying our health education efforts and to overcome these forces of greed and death with our message of health and life.

For decades, the gatekeepers of illiteracy have kept the true causes of cancer hidden from the people. Health illiteracy about cancer was a precondition to maintain this disease as a multibillion dollar market for toxic drugs, deceptively promoted as “chemo”-therapy.

Unlike other diseases, cancer was also strategically maintained over decades as a psychological instrument to subjugate the people of this planet to the unscrupulous business with disease. As a result of this strategy, the diagnosis “cancer” is still widely perceived as a “death verdict.”

The cancer market with toxic chemotherapy is a perfect example for the strategic expansion of diseases by the pharmaceutical industry.

Cancer patients – intimidated by the “death verdict” of a cancer diagnosis – accept the infusion of toxic chemicals into their bodies as an alleged “therapy.” Due to the extreme toxicity of these chemicals to millions of cells in the body, the most frequent side effect of “chemo” drugs is the generation of new cancers in the body.

These new cancers are “chemo” therapy induced cancers. The winners and losers of this vicious strategy are known: millions of cancer patients feed the limitless greed of the drug companies with their health and lives.

But this unscrupulous investment business with cancer only functions under one condition – that the public is being kept illiterate about alternatives.

Finally, in 1992, the veil of illiteracy was also lifted from cancer. After the publication of new ways for the natural control of cancer the door was wide open for this disease to no longer be a death verdict.

The natural control of cancer is based on the following facts: 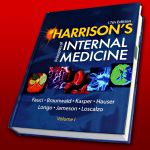 It was clear that, by applying this knowledge, cancer would no longer be a death verdict and could one day be largely unknown.

The centerpiece for removing the veil of illiteracy about cancer are collagen-digesting enzymes, also called collagenases or metalloproteinases.

The knowledge about these enzymes is such a heavily guarded secret that the world’s most widely used medical textbook “Harrison’s Principles of Internal Medicine” even avoids talking about it when teaching such elementary processes like “ovulation” to future generations of doctors. 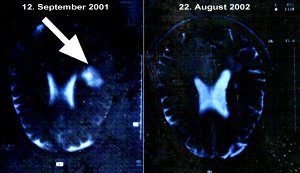 The clinical confirmation followed soon. This CT picture of a brain tumor that disappeared by natural means was one of many cases, proving that the scientific concept published in 1992 about the possibility of the natural control of many cancers is reality today.

With more than 7 million people – corresponding to the population of London or Tokyo –still dying from cancer today, our task to end health illiteracy about this disease will eventually save tens of millions of lives.