Will Donald Trump Make Friends With Big Pharma Or Keep His Election Promise?

U.S. Department Of Defense Revealed To Be Editing Wikipedia

Visions For A World Of Health, Peace And Social Justice 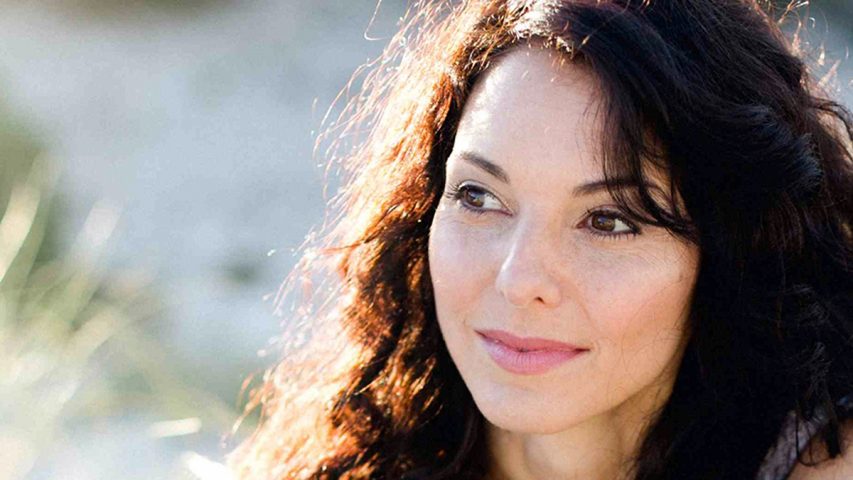 INTERVIEW WITH ACTRESS CASEY B. DOLAN

Casey B. Dolan is an international award-winning South African actress, novelist, dancer, political satire columnist, peace activist, photographer, karate black belt, and mother of an 8-year-old son. A passionate believer in our Foundation’s goal of a world of health, peace and social justice, she lives in Hout Bay, a cozy fishing village near Cape Town.

Casey found time in her busy schedule recently to be interviewed by Mirja Holtrop.

MIRJA: Could you tell us about some of the most challenging situations you have faced in your life so far, and what you learned from them?

CASEY: I love the word ‘challenging’, challenge essentially means growth and a shifting of boundaries, perhaps something to overcome or something you need to integrate to become more balanced. So although my life has certainly had its fair share of ups and downs, I don’t look at them in a negative light. Essentially, what has already passed is irrelevant. How a person integrates their life experience into positive attributes ultimately determines the experiences they will have today.

So was creating a successful career challenging? Definitely. I faced misogyny, sexism, jealousy, and many other situations that I grew immensely from.

I also faced illness both before and during pregnancy that threatened not only my life, but also the life of my baby. This was an enormous challenge and led me to a very positive outcome where I was forced to alter the way I looked at nutrition, at wellness, and ultimately at life itself.

MIRJA: If you were put in a position of political power, how would you get rid of poverty?

CASEY: Poverty is not something that will change until such time as every human being learns look at each other as an equal. The way we have currently set up our Western societies, when we say we are “successful” we mean we have something that someone else has not, that we have accomplished something (usually at the expense of another) that someone else hasn’t, and ultimately that we have the feeling we are superior in some way due to an external circumstance or perceived power. 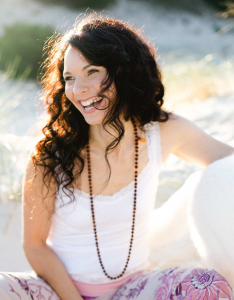 This is the basic sickness within our social and political construct today, namely, that someone else not having something equates to our own success or happiness. This fundamental approach to success would therefore have to change in order for the basic needs of every human being to be met. The irony, of course, is that we have the technology, the wealth, and the means to eradicate poverty within our lifetimes, but the focus is always scattered.

Another aspect to this is that we are always innately wanting more, whether it is power, money, or a greater experience out of life. This has led us to a situation where the planet and the life forms on it are suffering as a direct result of greed. This greed is unsustainable and corporate sectors such as the pharmaceutical, oil, processed food, and weapons industries are utilizing their extensive political influence to drain the resources of the people of the world. The merger between Monsanto and Bayer gives me headaches…

But while all this is difficult to change, it is not impossible – if people get educated about it.

To start with, I would tax sugary products and fast food highly. A healthy mind can only exist in a healthy body! It is tragic that, with all the scientific proof that large corporations are slowly poisoning our bodies, most of society is still unable to wean itself off fast food (although I no longer consider this as “food”). The cost to society, to governments, and to families is becoming exorbitant, not to mention emotionally devastating, as cancers, strokes, diabetes, and other diseases are all on the increase. There is no question that people need to move away from buying “packaged” food to sourcing fresh, local organic produce. I know that organic food currently costs more, but it is a lot more costly to fall sick and undergo hospitalization, not to mention the immense pain and suffering one could easily avoid.

MIRJA: At 42 you look ten years younger! What’s your secret?

CASEY: There is no doubt that a fresh, raw, organic plant-based diet is the most beneficial way to feed the cells in your body to become their most vibrant and functional. I also do intermittent fasting once every twelve days. It is highly beneficial on so many levels.

I roll out my yoga mat every morning and do yoga before sunrise, followed by meditation, and my day is always off to a balanced, calm start.

I have the privilege of being able to work from home and therefore get to walk my dogs out in the fresh air every day. Being in nature rejuvenates me in ways I cannot easily describe.

Lastly, and this is the most important factor: I try not to take life too seriously and laugh as often as I can!

MIRJA: As a mother who loves organic and whole foods, can you share your thoughts and experiences on nutrition in schools?

CASEY: From day one of my child’s schooling, I made an effort to change the way schools viewed health. It was not easy to say the least. As a start, I wanted to ensure that schools adopted a low-sugar or even no-sugar policy. We send our children to school to learn healthy habits in mind, respect for themselves and others, and to grow into the healthiest adults possible. But this is simply an impossible task if the main ingredient in their physical make-up is neglected. There are a large number of studies available now that prove nutrition to be a huge factor in altering behavior, as well as improving concentration and overall wellbeing.

The other mothers resisted this for some time, in fact they even labeled me the ‘Sugar Nazi’! My child was picked on in birthday circles because I didn’t allow him to eat a cupcake every week for a new child’s birthday. (I knew that this would then be followed by a preservative-filled, sugar-loaded, birthday party later in the week)! Finally, I decided to remove my child from the mainstream school system and found a Montessori school where they had changed their nutrition policy to significantly reduce the amount of sugar in snacks and use organic produce in the lunches. The birthday circles include healthy snacks, vegetarian options during lunch, and sympathetic teachers wanting the best for the children on all levels. 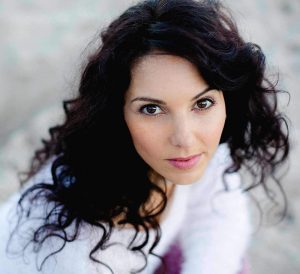 I took to creating my own delicious raw snacks (there are so many healthy chocolate and snack recipes online now to choose from) and, although they are considered as treats, my son wolfs down everything I make with as much enthusiasm as he does conventional treats. We make avocado ice cream with coconut milk, mint essence, honey and raw chocolate, banana ice cream, mango ice cream, seed balls, date balls, and so much more…yum!

MIRJA: What is your advice for young people? How can they resist the negative influences of TV, drug and alcohol abuse?

CASEY: There is no question that if we base ourselves on craving happiness from something outside of ourselves, we will always be lacking and wanting more. When a person is able to find a space within themselves where no outside stimulus is necessary to create happiness, the compulsive need to have and to consume is greatly reduced. What is therefore needed in schools is a move towards inner wellbeing as well as external wellbeing, because comfort without internal wellbeing ultimately becomes misery. If children are taught how to manage their inner space through simple meditation, healthy nutrition (no sugar, trans fats, fast food, or sugary drinks) and yogic practices, there would be a dramatic decrease in drug and alcohol abuse. This can only work if people stand up and change. 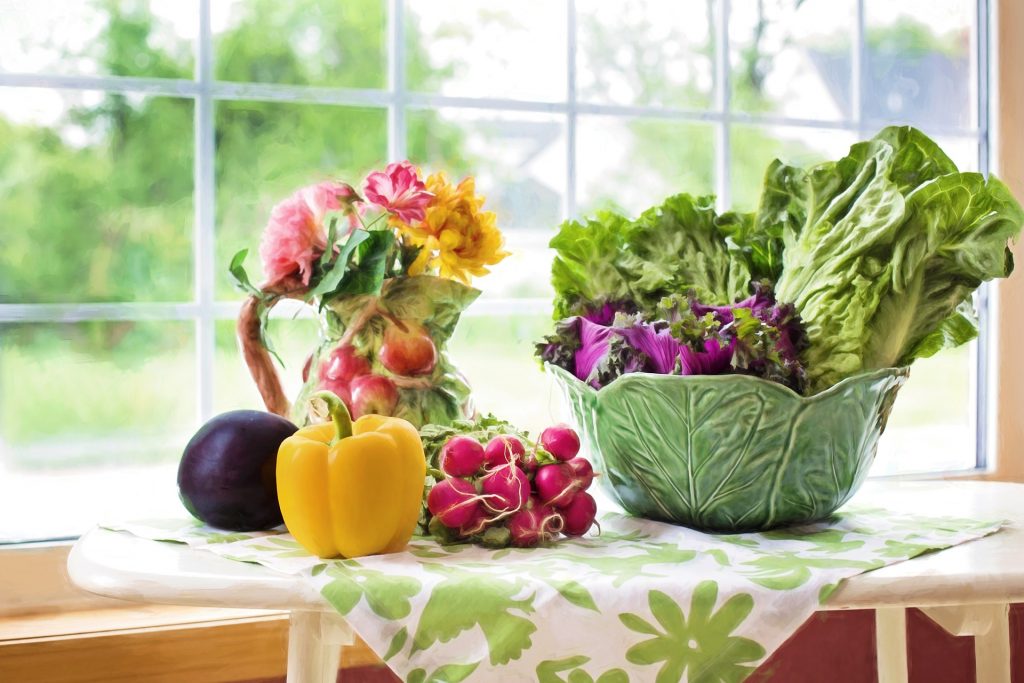 Advertisers need to invest in social responsibility. Labelling sugary soft drinks with promises of adventure, fun, and exciting experiences is no longer ethical. The fact that many soft drink companies are replacing their sugary drinks with potentially even more harmful substances, which enable them to claim they are “sugar free”, is certainly not to be trusted!

If we promote healthy products that lead to wellbeing in both body and mind, everyone wins.